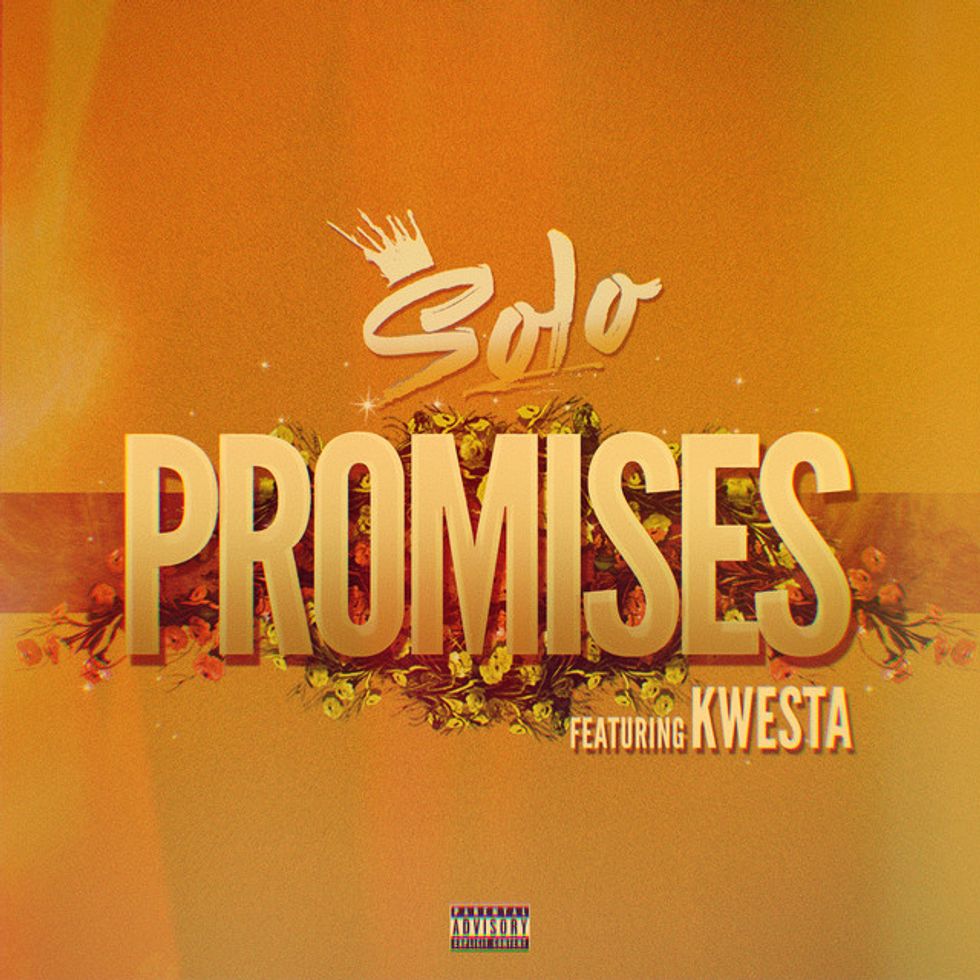 Solo and Kwesta connect on 'Promises.'

Solo and Kwesta share a bouncy kwaito beat on "Promises." Kwesta's at home over an instrumental of this kind. It's, however, a shift on Solo's side, who hasn't been known for new age kwaito. The rapper adapts his delivery accordingly, using fewer words than you'd normally expect in his verse.

"Promises" is the second single to Solo's upcoming album C.Plenty.Dreams. The first single was "Two by Two," and was released by the rapper to celebrate marrying his longtime lover, actress Dineo Moeketsi in June. "Two by Two," which featured Buks, references kwaito in its rhythm and bubblegum in texture.

Clearly, Solo is going through some changes—his previous work has revealed him as a hip-hop purist who prefers oom bap-leaning production. This shift increases the curiosity about C.Plenty.Dreams as fans aren't sure what to expect.

C.Plenty.Dreams will be the last piece of a trilogy of albums that started with 2014's .Dreams.A.Plenty, followed by .Dreams.B.Plenty in 2016. The series traces Solo's journey as he grows as a human being and a rapper. .Dreams.B.Plenty has been the most layered of the albums, with Solo using skits to drive his point home. The rapper was more aggressive on it than he was on his debut. From the two singles we've heard from C.Plenty.Dreams, it seems Solo's more fulfilled and is in celebratory mode. We are here for it.

C.Plenty.Dreams will be out on September 20.