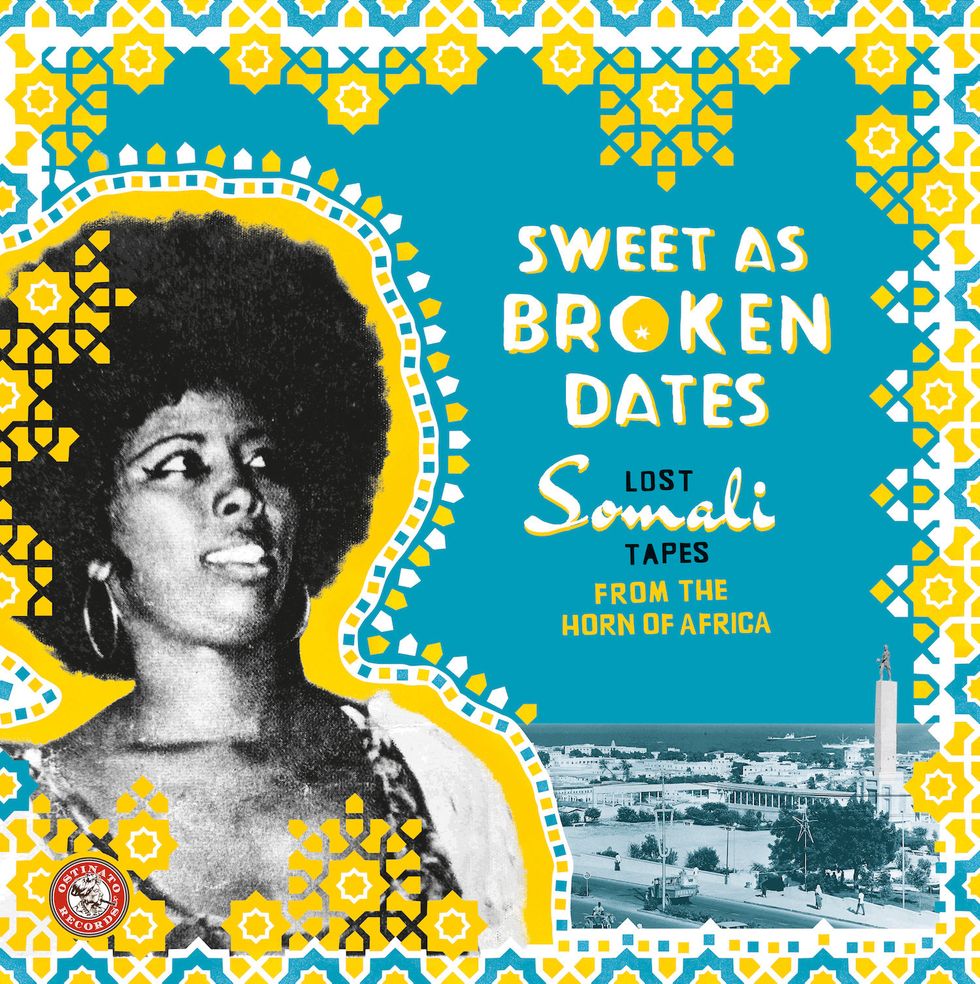 Vik Sohonie, the man behind 'Sweet As Broken Dates,' writes about his upcoming compilation of lost Somali tapes for Ostinato Records.

Vik Sohonie, founder of Ostinato Records, sheds light and gives us some background on his upcoming compilation 'Sweet As Broken Dates: Lost Somali Tapes from the Horn of Africa.'

It's 7 AM in Hargeisa, in self-declared Somaliland, just to the east of Djibouti.

The city gets moving early. The cool nighttime breeze of the desert climate still lingers and the swirling streams of dust have subsided. Avocado smoothies with a generous dollop of sugar—a breakfast staple across the Horn of Africa, far before any western trend—are readily available.

We've been invited to Radio Hargeisa to meet Vice Minister of Culture, Shukri Ahmed, and senior radio staff. 8 AM sharp. Our friend and guide, Zaat, who doubles as a taxi driver and immigration official—it's what you have to do when your self-declared republic is still 'under construction'—gets us there in time.

Shukri, as she insisted we call her, meets us in her office, keeps introductions to a minimum, bangs her gavel to call the meeting to order and asks all non-essential staff to leave.

“So. What can we do for you?", she queries bluntly, placing her well-worn gavel aside.

I explain our —to access, revive, restore, and make internationally available Somali music from before the civil war as a compilation for a global audience. Shukri tells us she was Radio Hargeisa's first female journalist, employed when the first bombardments, specifically targeting the radio, of Somalia's 20-year civil war began.

In 1988, after neglect by the central government, Somaliland's agitations for independence escalated to all out rebellion. Siad Barre, the military ruler in Mogadishu at the time, responded with heavy airstrikes. Shukri lived through the war and when Somaliland declared itself an independent state in 1991, she was earmarked for her current ministerial position.

Shukri is a respected leader, one of the few female members of the government, but far from an anomaly. Rather, she's emblematic of the untold tradition of inspirational female leadership in Somali culture.

Look around today. Ilhan Omar, at just 34, was elected this year as the first Somali-American lawmaker. Finland's Fadumo Dayib was a prominent contender for Somalia's presidential elections in February.

At TEDx Mogadishu, I had the honor of sharing the stage with Samira, Somalia's only purveyor of fine camel milk cheese, considered the gold of the desert (step aside, feta); Nasra, a teenager who is Mogadishu's only female car mechanic running her own shop; and Dr. Lul Mohamed, a pediatrician leading medical teams around the country to quell health crises.

But if we cast our gaze to the 1970s & 1980s, just before the civil war, when the arts, especially theater and music, reigned supreme, Somali women were the captains of their art form.

In the 1950s, Somali theater plays, a cornerstone of Somali cultural life, employed men to play the role of women. But talent could only be ignored for so long, and when women were cast in their rightful roles, their voices were compared with the sweetness of broken dates.

Any curation or distilling of the Somali sound from before the war, not even by choice, will undoubtedly consist of a selection tracks led by women vocalists. Just by virtue of their preeminence, over half our compilation has female vocalists. Their voices, from soaring, to sweet, to haunting, are reflective of the diversity of the Somali repertoire.

If you look at Somalia's immediate neighbors, their equally vibrant music scenes from the day saw females as minority in recorded music. Somali music is set apart by the prevalence of adored female singers.

The roster is endless: Khadra Dahir, Maryan Naasir, Maryan Mursal, Sahra Dawo, Sara Axmed, and the nightingale Magool, amongst so many others, are just some favorites. They were often more prolific than their male counterparts. The female presence in Somali music is inseparable from its evolution and sophistication.

Even when not leading the way, behind the legendary male musicians of the day, were women. Composer and jack of all trades, Axmed Naaji, a godfather figure in Somali culture, achieved status not only by virtue of mercurial talent, but because he “had the best female singer, Faadumo Qaasim, and the best dancer, Feynuus Sheikh Dahir," his close comrade and fellow musician Mahmud Abdalla “Jerry" Hussen told us.

Khadra Dahir, who performed in both Hargeisa and Mogadishu with the Waaberi theater troupe in the 1980s, told us that, through music, “Women became the pride and joy of the public."

Somali women are key to the Horn of Africa's present and future, and were clearly the protagonists of its past. Their confidence, passion, and sheer resilience in the face of stifling attitudes are an example of persistent, empowered feminism we don't often see, but it's been there and it's here to stay.

Perhaps we can all learn how to hit the high notes from the likes of Faadumo Qaasim and Shukri Ahmed.

The 'Sweet As Broken Dates: Lost Somali Tapes from the Horn of Africa,' is available for pre-order now. For more, revisit Vik Sohonie's articles on his previous compilations 'Somali Sounds from Mogadishu to Djibouti' and 'Synthesize Soul: Astro-Atlantic Hypnotica from the Cape Verde Islands 1973-1988.'