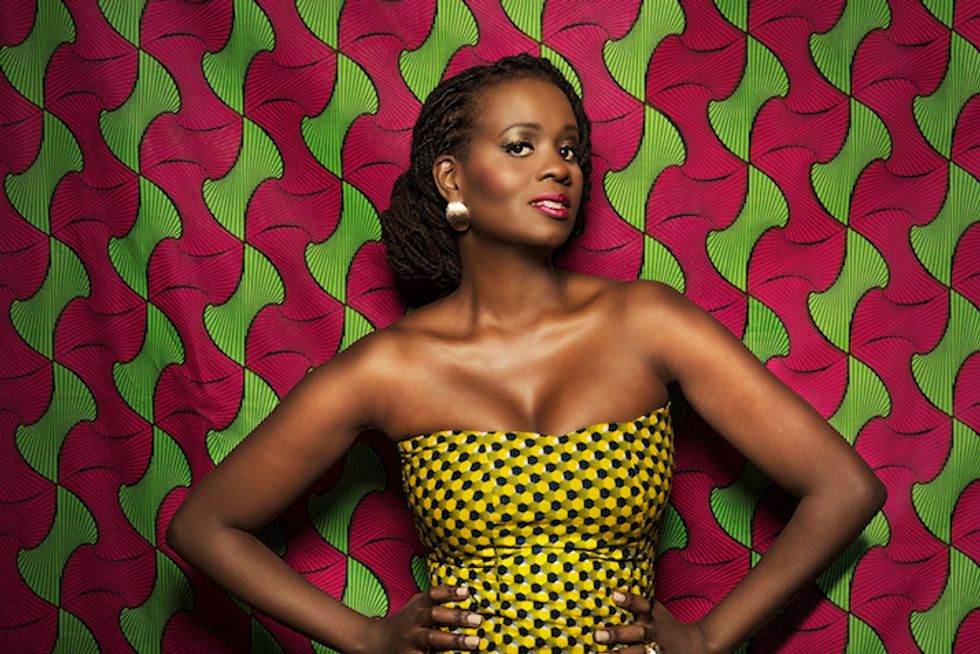 Stream Somi's "When Rivers Cry," a tribute to Wangari Maathai featuring a verse from Common.

NY-based Ugandan/Rwandan songstress Somi is readying the release of her major label debut The Lagos Music Salon for Sony Music’s OKeh Records. "When Rivers Cry," the second single off that upcoming album, was written on the day Kenyan Nobel Laureate Wangari Maathai — a champion of environmental protection, women’s rights, and political activism — died. Somi explained to The Wall Street Journal,

“I was in Lagos on that day and couldn’t help but reflect on the pollution that plagues most major African cities... ‘When Rivers Cry’ is meant to be a rumination on Africa’s environmental past, present and future. Obviously, these issues are a part of a global conversation—that’s why I decided to invite Common to collaborate on the song. His verse reminds us of the responsibility and thoughtfulness we all owe to this earth—no matter where we are from.”

The single kicks off with an intricately-arranged orchestral intro that flows into Somi's somber and piano-backed refrains about environmental issues across Africa, with Common joining in for his verse around the 3-minute mark. Stream "When Rivers Cry" in its entirety below. Somi's The Lagos Music Salon, due August 5, is available for pre-order now. For more, watch Somi's video for "Last Song" and check out Okayafrica TV's episode with Common & Femi Kuti at Central Park.