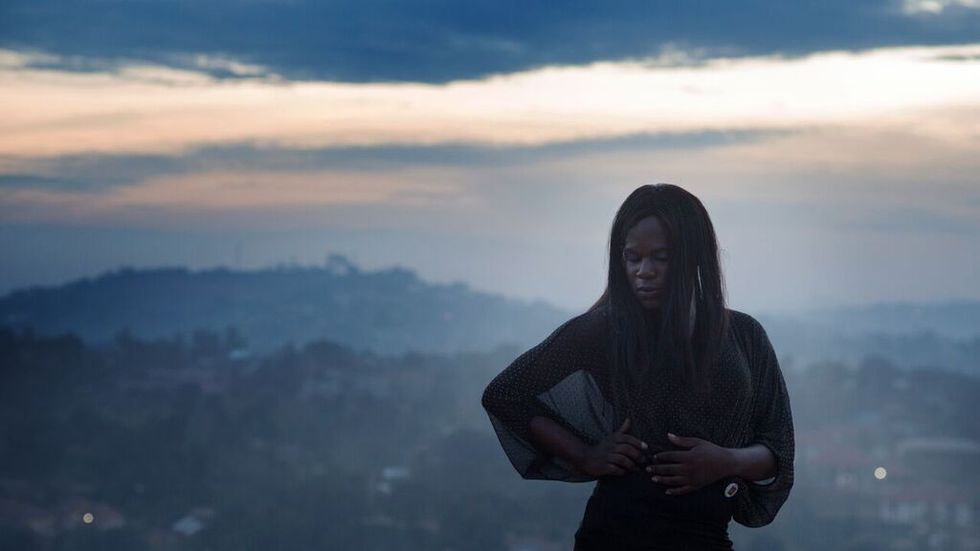 Filmmakers, fanatics and industry heads assembled on Thursday at the V&A Waterfront’s Cinema Nouveau in Cape Town for the opening night of the Encounters International Documentary Film Festival.

Now in full swing for the next nine days, the festival boasts a rich lineup of films to share with documentary lovers across its four screening venues in Cape Town and Johannesburg. Here's a pick of five films definitely worth your time. Encounters takes place through 12 June in Cape Town (The Labia Theatre & Cinema Nouveau V&A Waterfront) and Johannesburg (The Bioscope & Cinema Nouveau Rosebank).

The festival’s opening night film was a realization of a brave vision by six young directors to lay bare the conditions that have led to the most serious situations facing South Africa’s poor communities: inadequate service delivery, illegal initiation schools, illegal mining and the long-broken promise of housing for the needy. At the opening one of the directors, Siphamandla Bongwana, who lives in Kliptown, where one of the stories takes place, described the film as a passion project.

Why You Should See It: It’s not very often that we see a documentary film shot by filmmakers living in the location and thereby also directly affected by the same issues facing the subjects. Soweto, Time of Wrath is made by a team of young visionaries who gain incredible access to their subjects’ domains. From mandrax users in downtown Johannesburg to illegal miners sieving through mud and dust for tiny fragments of gold, the film is imbued with a naturalism amplified by some impressive shot composition.

Action Kommandant. Courtesy of the director.

Cape Town-based filmmaker Nadine Cloete’s homage to slain youth, anti-apartheid activist and Umkhonto weSizwe soldier, Ahley Kriel, is one of the most important historical documents at this year’s festival. The film comes at a time of urgent need for stories of the South African struggle’s unsung heroes.

Why You Should See It: As state-sanctioned murderers roam the earth in freedom, many of their victims remain unknown to people outside their immediate circles. Having been completed on a crowd-funding campaign, the film uses testimonies from Kriel’s family and mentors as well as audio recordings of the soldier to describe the charismatic orator, organizer and tireless freedom fighter. A Q&A session with Cloete will follow the film’s first screening.

The Pearl of Africa

Cleo Kambugu, star of The Pearl of Africa. Courtesy of the filmmakers.

The Pearl of Africa follows Cleo Kambugu, a 28 year-old Ugandan transgender activist. The film is an intimate and inspiring story of fighting for the right to exist in a world that does not accept you for who you really are.

Why You Should See It: In 2014, Kambugu was “outed” on the front page of a Ugandan tabloid. This led to a series of tragedies including losing her job and being ostracised by her family in a country with one of the toughest legislations against LGBTI persons. The film follows her and her supportive husband, Nelson Kasaija, as they embark on a journey to Thailand for her to undergo a sex change. The film is an unobtrusive observation of the couple's fight and hope for a new and better life.

Lost Tongue. Courtesy of the director.

In 1973, the UN Educational, Scientific and Cultural Organisation declared the N!uu language extinct. This was proved untrue in the 1990s when it emerged that a number of people belonging to the Khomani San of the Kalahari Desert still speak it. Shot over three years, the film focuses on this community as they fight to keep their culture alive through the legacies of apartheid and government indifference.

Why You Should See It: The Khoisan are considered to be one of the oldest tribes in the world. They are thought to be the original settlers in the region currently known as southern Africa before the Bantu moved down from West Africa. That N!uu language is now spoken by only three people is a travesty that we needs to be known.

A Present from the Past

A Present from the Past. Courtesy of the director.

Shot primarily on hidden cameras and camcorders, A Present from the Past follows a journey by an Egyptian woman and her father to find the woman he loved long before he met the daughter's mother. With his wife's approval and blessing, they leave for Europe in pursuit of this woman and to close a chapter that has haunted the man for over 30 years.

Why You Should See It: As the daughter has filmed a large part of the film from hidden cameras, it offers raw intimacy and real, sometimes humorous frustrations experienced by two people who love each other intensely but both have strong personalities. Their struggle to communicate while travelling in Italy and the father's unreliable memories make this an epic adventure across the spaces of time.