10 Dope South African Albums That Came Out This Month 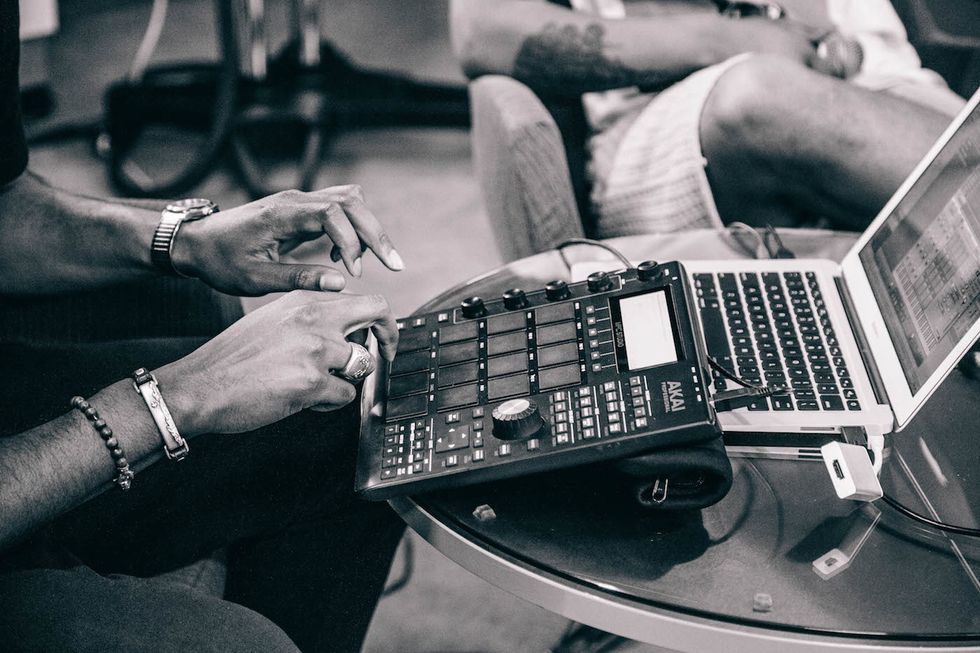 South Africa saw plenty of album releases this month across many genres.

From Emtee's take on African trap on DIY 2 to Stogie T's layered lyricism on Honey & Pain, J Molley's moody R&B/trap on Leader of the Wave, Mlindo The Vocalist's modern take on maskandi and mbhaqanga on Emakhaya, we bring you the 10 best South African albums to check out this month.

Emtee released a sequel to his pre-fame EP, 2014's DIY. On DIY 2, he sounds more refined and more multi-layered than he did on the first one. Emtee sits comfortably on the throne as South Africa's trap king. Every song on DIY 2 stands out. Emtee raps as well as he sings, and his producer Ruff seems to understand more now than ever.

Stogie T's latest mixtape Honey & Pain juxtaposes the good with the bad, and further extracts the bad from the good and the good from the bad. The keyword here is "nuance." The subject matter on here is specific, and Stogie T's technical know how is at an all-time high. If you love rap, then this is an album you'll enjoy from the first to the last song.

Kimosabe has proven over and over again that he's incapable of making bad music. His latest release, Nights Vol. 2 is the happiest he's ever sounded. The project sees the artist celebrating love. The production on the sequel to 2017's Nights is less haunting and flirts with pop more than he ever has, and that is not a bad thing.

Moozlie has come a long way, and it's great seeing her grow to being a notable MC and artist. Her debut album, Victory, boasts varied production styles that push her raps, which are spat with an unmatched conviction to sound natural. If you like hip-hop adulterated with kwaito, then Victory is definitely for you. And if you thought she left the skhanda sound behind at Cashtime Life, you are wrong.

Kid X showcases his lyrical versatility on his debut album (assuming 2015's 3 Quarter Pace is a mixtape). Thank Da King gives a 360 view of one of the sharpest lyrics in South Africa. There are introspective, storytelling and dancefloor songs. And, at 26 songs, the double album will ensure you get to know who Kid X exactly when you are done listening.

Rowlene The Evolution of a Robot: Second Generation

With her debut release, Rowlene proves that she's more than the vocalist you've heard on songs by Nasty C and A-Reece. Here, she shows herself as a skilled R&B singer and songwriter who has a versatile taste for beats—she sings over varied production ranging from trapsoul to pop, EDM and even some dancehall. The album features a gang of rappers: A-Reece, Nasty C, Nadia Nakai, Bigstar Johnson, Crowned Yung, Kid X and a few more.

Cape Town lyricist Ndlulamthi tells the tales of living in the black townships of Cape Town in his second album, which is named after the Cape Flats gang Hard Livings. If you understand IsiXhosa, this is an album that will take you on a trip to Cape Town townships, the way Nas took you to Queensbridge projects on Illmatic and Kendrick Lamar took you to Compton with Good Kid, M.A.A.D City. From black on black violence to police brutality, hedonism, to absent fathers, it's all here.

L-Tido, aka 16V, aka 16 just released his first album in five years titled 16. And it's one of his best out of his four releases. Tido is more introspective than ever, spewing some OG gems on songs like "10 Mac," talking on the hip-hop scene on "Letter To The Game," updating fans on the status on Glitz Gang on "Glitz Gang Forever." On "Men Are Trash," he tells a cautionary tale of a woman he met at the club, who he ends up killing after he catches in bed with another man. AKA, Cassper Nyovest, Maggz, Sean Pages, Nadia Nakai and a few more all make appearances and help Tido's album sound like a wholesome experience.

J Molley Leader of the Wave

On Leader of the Wave, J Molley goes in for the kill. He is here to let you know that he runs this shit, and doesn't need anyone's approval. He croons, "You can say I'm whack, I don't give a shit/ Got your yearly income on my wrist/ My card black, like my bitch/ I know, money that, money this," on the EP's opening song. The 19-year-old artist lets the listener into his life in which he pops molly, ignores DMs, and blows 10 000 bucks on a shirt just for a date. "Unless you talking millions, get up out of my face," he croons on "MDMA." Sonically, Leader of the Wave is trap, consisting of cloudy pads and big bass lines that, coupled with his vocals, create a trippy listen, which, I imagine, is representative of J Molley's aura.

On Emakhaya, Mlindo tells stories of love, betrayal, struggle with an emotional intensity and vocal skills that are unique to him. The artist's vocal style references maskandi and mbhaqanga, and the beats he croons over can be anything from R&B to trap and soul, or a combination. After that night in the club or at a house party, this is the album that you should play. It's highly likely to make the hangover more bearable, too.