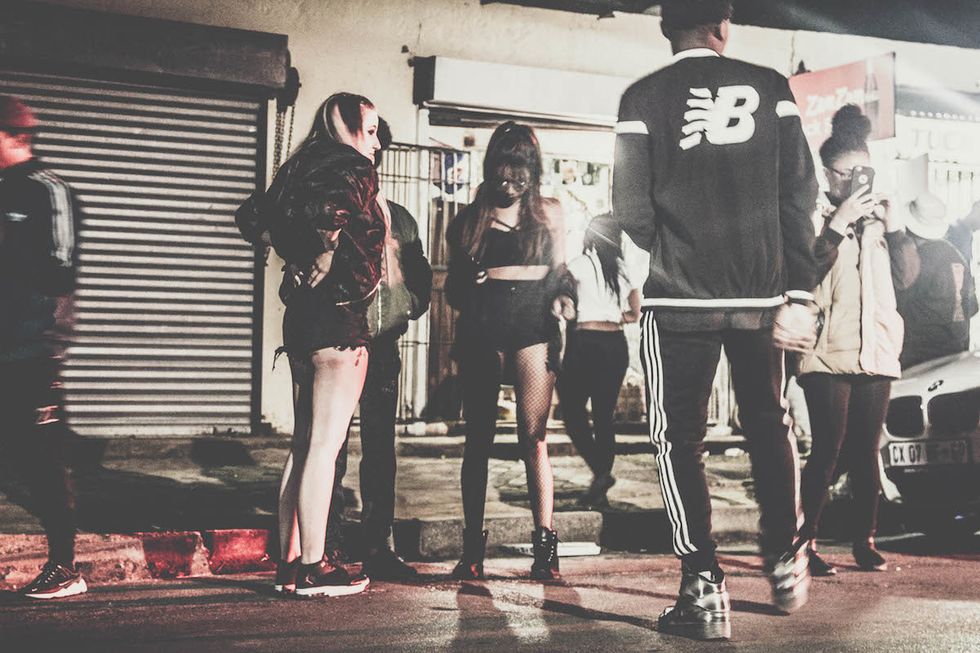 South African hip-hop songs we love so far in 2018.

We are halfway through the year, and South African hip-hop artists have already gifted us with tones of great tunes.

Below we pick 20 of those that fell on our radar and impressed us—from songs by newbies like The Big Hash, Kid Tini, J Molley, to established acts like AKA, Reason, Khuli Chana and Nadia Nakai, among others.

The list, which is in no particular order, contains only songs that were released in 2018. Songs from 2017 projects that were made singles this year don't count.

A song in which Solo raps about his love and respect for Maggz, hailing him as top 5 dead or alive. Maggz, in his verse, proves Solo's point. It's a song with heartfelt rhymes and a beat that uses bass and synths to evoke emotion.

Da L.E.S and his collaborators made one of the happiest songs of 2018 on "Ballers Freestyle." The song boasts a catchy chorus and convincing verses from all there artists.

From his EP Two Hours From G-Park, comes Dee Xclsv's "Jiggy Shit," a song that doesn't take itself too seriously, but still displays the rapper's ability to interpret an instrumental and turn into a coherent song.

"King" is a catchy single in which Nasty C affirms the throne is his, and with bars like the ones he spits on here, he has a solid argument. A$AP Ferg's verse is nothing special, but his flow is always impressive.

Your favorite rapper's favorite rapper is always mean with the pen. On "Money," his vicious verses collide with an equally menacing instrumental, and the joint is… well, money!

On "StarSings," AKA drops facts about his longevity, how he paved the way for a lot of rappers poppin' at the moment, and his ability to reinvent himself and remain at the forefront. Stogie T does the same, paying homage to DJ Bionic, a fellow pioneer and business partner, and he takes jabs at Cassper Nyovest and Riky Rick, on some rap shit. So here for it.

Kid X refurbishes the maskandi duo Shwi Nomntekhala's mega hit "Ngafa" on what is one of the most refreshing joints of the year. The rapper's versatility allows him to flow over any kind of drum pattern, and on "Mntano Muntu," he sounds sharp over a slow but bouncy rhythm.

"Waya Waya" is K.O. and Cassper Nyovest in their element—choosing a beat that blends kwaito and trap, allowing them to flow like the new age pantsulas they are. And can we talk about that Nyovest verse, though?

Lyrically "Azania" is intense, which is what we've grown to expect from the lyricist. Reason talks about poverty, unemployment and all ills, and how rappers choose to ignore all that. A fitting beat from Swizz Beatz with a lot of space for Reason's bars and S'bongile Khumalo's somber vocals.

Read: In Conversation with Reason on His Collaboration With Swizz Beatz & Sibongile Khumalo

J Molley's life done changed. He's the youngest in club, sipping seven bottles. "Holy shit, think I just took a picture with your bitch/ New money, who this?/ New money 5 digits," he sings on the hook. "Seven Bottles" proves that less is more—the artist is succinct in giving an update of his life, using auto-tune in his own unique way.

Kid Tini is one of the best rappers out right now. On "Movie," he handles his feud with A-Reece the best way he knows how; with raps. Just like any great diss track, "Movie" comes with countless quotables spat with a sneer and contempt for his opponent.

Big Star "Time Of My Life"

Big Star proves he can do more than just rap. On "Time Of My Life," he rap-croons over a jazz instrumental with 808 drums to give it a new school feel. "Time Of My Life" is a sophisticated soundtrack to the good times.

Say what you want about B3nchMarQ, but one thing you can't fault them on, is making great songs that resonate and have massive replay value. "Wifey" is another of those, with melodies, raps and dynamic production that is rich in texture and doesn't bore.

Continuing the theme of spirituality, which was rife on his joint album with AKA, Be Careful What You Wish For, Anatii literally prays over bass squelches and screeching synthesizers. Aesthetically, the song is guaranteed to wake up some spirits inside you, with chants and screams that are drenched in reverb for effect. He speaks of people from the rural areas encouraging him to use muti, but he believes in prayer.

Over a droning bass line, Khuli Chana flows without any evident effort—nothing new there—on "Maje," an unreleased song that was shelved years ago. Ig proves that Chana was, years ago, what your fave is still trying to be. And Khuli Chana and Beat Mochini make such a formidable rapper-producer combo.

Maphorisa x A-Reece "They Love Me"

A-Reece lays some lofty bars over a simple piano melody and bass squelches on his collaboration Maphorisa. Reece sounds comfortable over the beat he's given and bends his flow to fit its twists and turns.

Blaklez lowkey does new age kwaito better than everyone. Think "Don't Be Scared" and "Saka Nyuka." His collaboration with YoungstaCPT is the latest addition to that list. Over a droning synth and mid tempo rhythm, the two MCs tell their stories and make it look so easy.

Motswako hasn't given us a superstar since Cassper Nyovest blew up. Maglera Doe Boy, who's signed to Khuli Chana's imprint My Throne Records, is the latest motswako superstar prospect. On "Bodega," he owns the song with a natural confidence and a solid delivery.

Riky Rick joints the young rapper on his latest single, "Dark Horse." Just like most of The Big Hash's song, the bass and kicks thump hard while he devours the instrumental with high-precision flows and an unmatched conviction.

Read: You Need To Hear This 17-Year-Old South African Rapper

Nadia Nakai and Frank Casino only answer when the money's calling. On "Money Calling," the two MCs ride a beat that leads with an eerie low-creeping pad. Nothing new is being said on "Money Calling," but it's still an addictive song that deserves a spot on your playlist.

Assessa's breath control is impeccable on "Izangoma." She goes on and on without pausing for air. She owns the beat and adjusts her flow accordingly to its rapid bends, and she also lays a catchy one-liner vocal hook.