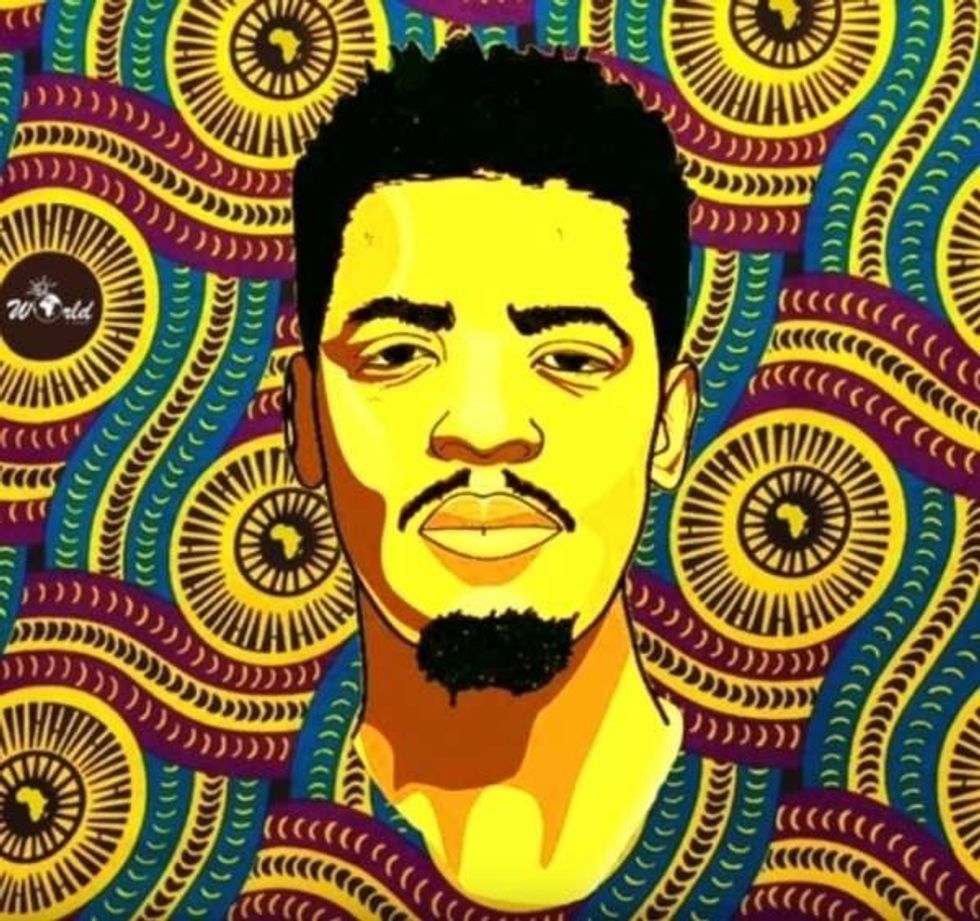 Here are 15 South African albums that came out this year which we recommend.

We are halfway through 2018, and, as usual, we have seen tons of impressive albums from South Africa across genres such as hip-hop, pop, jazz, kwaito, house and more.

Here are 15 albums from Professor, AKA, Zonke Dikana, Nakhane, Thandi Ntuli, among others.

Nothing groundbreaking, Composed By Jesus Christ, sees Professor return to a tried and tested formula—catchy hooks and verses over Durban kwaito beats, which are a cross between house and traditional kwaito. The album serves its purpose: to soundtrack parties and fill up club dance floors. Lyrically, just like on his past two albums, the artist tells tale of debauchery and relationships with an unmatched swagger.

Read our full review of the album here.

Batuk's debut album Kasi Royalty consists mostly of beats that lean towards deep house. Songs like "Niks Mapha!" and "Move!" have some traces of old school kwaito. The duo's vocalist Manteiga breathes life into the other half of Batuk, Spoek Mathambo's beats to create a South African house album that has personality and flair.

On her second album, the producer and vocalist decided to share more of her thoughts alongside her compositions, which are forever mind-blowing. On Exiled, Thandi Ntuli sang more than she did on her 2014 debut album The Offering. Exiled opens with a spoken word piece performed by Ntuli herself in which she speaks of past pains and healing, and the complications that come with that process. This theme is dominant throughout the album, which features the likes of Lebo Mashile, Tlale Makhene and Vuyo Sotashe, among others.

Moonga K makes singing and making music look easy. In his 10-track debut album, Wild Solace, the artist explores subjects such as the universal complication of being alive, growing up, losing loved ones, among other heavy subject matter. Moonga's voice is dynamic and co-exists with the varying production he chose on here.

Nakhane You Will Not Die

On his sophomore album, Nakhane loses the acoustic guitar folk sensibilities for a more edgier sound characterized by screeching synths, keys and electric guitars. The man's voice is still a musical instrument on its own, and it blends with the production. Lyrically, You Will Not Die, just like his previous album and EP, is intense and sincere. Whether you are here for the production or the lyrics, or even just the melodies, You Will Not Die has you covered.

Emakhosini by BCUC is a highly spiritual body of work, taking inspiration from the songs usually performed in the training of diviners and sangomas. Bongo drums and the bass blend with eerie vocals. With only three songs, and spanning 40 minutes, Emakhosini is hypnotic—it's designed for you to get lost in it, as opposed to a quick listen. It's music made for a greater purpose, so it doesn't bother with subscribing to top 40 radio formats.

Read our full review of Emakhosinihere.

Zaki Ibrahim's first album in eight years was worth the wait. The Secret Life of Planets is a sci-fi soul album, in which Zaki tries to make sense of life using the cosmos. While some of the lyrics can be a bit inaccessible, the album's sound is guaranteed to entertain you. It makes references to '80s pop and soul, '90s hip-hop and R&B and modern day electronic music. Every song helps in telling one holistic story and has enough personality to stand on its own.

rkls (pronounced "reckless"), a duo consisting of producers Kid Fonque and D-Malice, released one of the most slept on albums of 2018. Straddling house and boom bap/soul so seamlessly you don't even notice it, Self-Titled is both nostalgic and current. The album features a combination of artists that makes sense, but you wouldn't necessarily expect to see in this lifetime. Sio and New York-based rapper John Robinson connect on "Break Up." Kev Brown and Melo B Jones, on "To The Rhythm," make you wish they could just drop a joint project already. rkls combines those jazz sensibilities of 90s rap and neo soul with the electronic sauce rife in modern rap and pop music.

Zonke Dikana's fourth album is as pristine and sophisticated as her previous ones. Over lush production, the singer and producer croons about love and all the feels that come with it. L.O.V.E is highly refined both sonically and vocally, and is yet another impressive entry in a solid discography that has no single dud.

Sun-El Musician Africa To The World

Sun-El Musician managed to create different moods both sonically and through the vocalists he featured on his debut house album Africa To The World. He also managed to blend electro with South African house to create an album that can be enjoyed by locals and has great potential to be exported, which, according to the title, is one of his biggest goals.

Read our full review of Africa To The World.

Solo released one of his most accessible projects in his rich catalog, Tour Dates, with his digital band The BETR Gang. The album's focal point is raps, but it also excels at containing songs that can stand on their own. Solo should be commended for versatility, he raps over varied drum patterns and tempos, to accommodate the guests featured on every song—the likes of K.O., Maggz, L-Tido and Rouge, among others.

Muzi's debut album is a gem. It's an electronic album that references a plethora of genres, such as mbhaqanga, Afropop, Afrobeat and house in a way that's not corny. The producer understands sounds, and he blends them so well. He even pulled out one new trick out of his sleeve—vocals. He sings on most of the songs that have no features. The likes of Una Rams, OkMalumKoolKat, Tiro, Langa Mavuso and Black Rose add their different vocal flavors to an album that's already teeming with personality from just the production. We are likely to be jamming to this one 20 years from now.

AKA Touch My Blood

For the past few years, AKA has been perfecting his pop music making skills. Touch My Blood is the catchment of all these efforts. What he's been trying to do now makes sense. Touch My Blood is a great pop-rap album. Most of the songs beg for the Madiba dance than the milly rock. He experiments with house samples, Afrobeat and pop. Lyrically, Touch My Blood is the most layered AKA album there is—he touches a bit on politics, talks openly about his relationship with his ex, baby mama, his daughter, his extended family, money, among other aspects of his life.

Jimmy Nevis' latest album, Chimera, is modern pop and R&B blended with EDM production. At 17 tracks, Chimera manages to not sound monotonous, at least sonically—from cloudy pads and synths, to acoustic guitars and festival-ready EDM instrumentals, the artist explores it all. As the title suggests, the he is pursuing someone or something that's elusive, and it's a pleasure to observe because he does it with such impressive vocal skills and ability to adapt to different types of production, while managing to not sound like he's fishing without bait.

On his second offering, the Durban-based producer continues conjuring hits that belong on the top 40 hits. The album uses the producer's tried and tested formula, which still works; and that is adulterating EDM with pop and R&B. The likes of Jimmy Nevis, Caleb Williams, Mnqobi (Future Africa) all give their interpretations of the man's production, and the result is an album that contains song that all stand out and have potential to be hit singles.