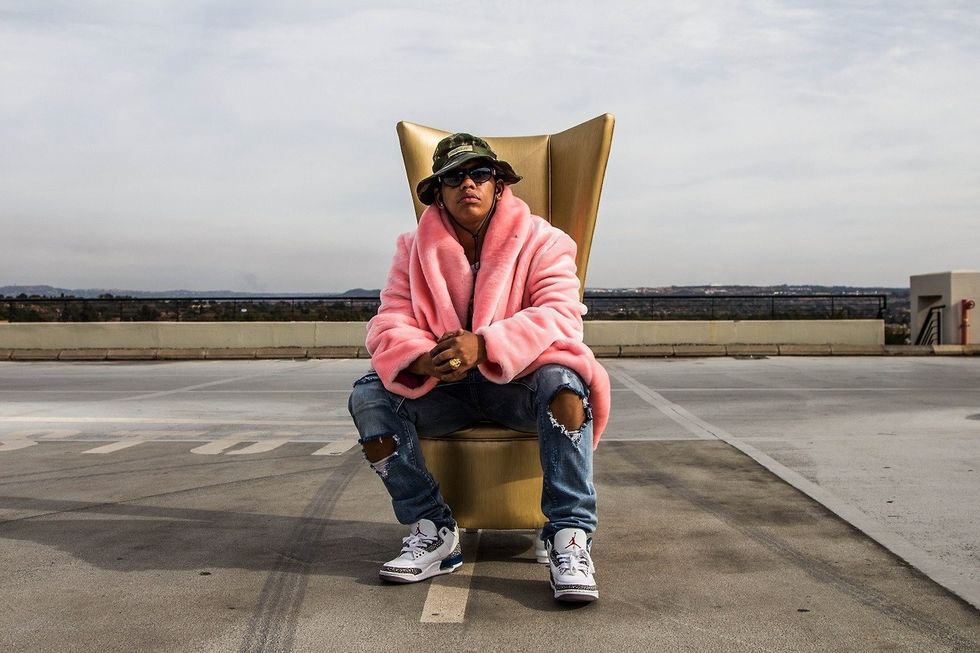 Lyrically, Ginger Trill can do no wrong. He can play with words while telling a compelling a story. His latest single, "Money," is another instance of that.

One of the few danceable songs on Nakhane's sophomore album You Will Not Die, "Interloper" comes with a choral chorus. Nakhane's voice is a musical instrument and blends well with the highly textured electronica-based production.

Blood brothers ByLwansta and Kimosabe delivered a heartwarming collaboration that sees them showcase a chemistry only possible from people who shared the same womb.

Micr. Pluto's "Amoeba" is a psychedelic piece of music that hypnotizes you with dubbed out pads and otherworldly vocal samples and 8 bit sound effects. It's one of the standout songs on the Wetribe compilation compilation by the label Subterranean Wavelength.

"Malambane" revives the collaborative spirit that made Ambitiouz Entertainment what is today. DJ Citi Lyts gathers the label's stars Kid Tini, Emtee, LaSauce, Blaq Diamond and S'Villa for a spaz fest. Everyone comes through, but that hook is one for the books.

Durban-based producer Skatta's "Hold You Down" is a collaborative R&B smoothie that sees singer Kaien Cruz and rapper Mayzin pour their hearts out over mellow keys. It feels like taking a walk along the Durban coast.

Rouge highlighted the opening song of her The New Era Sessions, her debut album, as a single by shooting a video for it. The production is reminiscent of Just Blaze just without the church choirs. Rouge spits vicious sixteens like she always does.

Johnny Cradle pay respect to the working class on the third video single for their 2017 self-titled debut album. Jazz, hip-hop, kwaito and rock find a way to co-exist on the band's music. Don't sleep.

Sho Madjozi sticks to her working formula of rapping over gqom beats. "Huku" is catchy, and deserves a spot on your party playlist.

Aewon Wolf gets Khuli Chana to show off one of his many flows over a Sketchy Bongo production. "Wang'thola" blends kwaito, hip-hop and electronica effortlessly. It excels lyrically and will also have you shaking what your mama gave you.

From Da L.E.S'Hall of Fame 2 compilation album, came many bangers. "Pave The Way" sees Da L.E.S exchanger bars with ex-Glitz Gang members Maggz and L-Tido. It's the facts that are being spat here that make it such a monumental song; the three rappers, among a few others, paved the way for trap in South Africa.

On "Uwrongu," South African singer Bonj mourns a relationship that went wrong. The once special somebody she's making reference to messed with her heart, and she's telling them uwrongo. She does this over a selection of sinewy synths that contribute to the emotion in the song. The music, which was produced by Maramza, leans towards EDM, with a smoky bassline and a dance floor-ready rhythm.