Why Do We Act Shocked When Rappers Live Up To Their Lyrics? 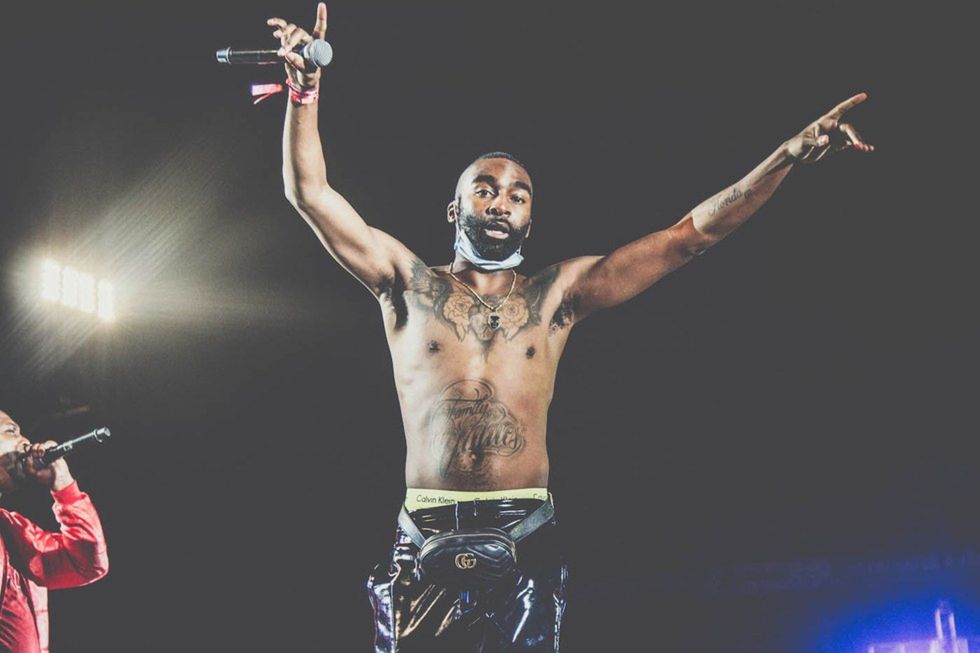 Either we are not listening, or we don't take rap or rappers seriously.

South African rapper Stogie T got dragged on Twitter last week Tuesday for a "mean" tweet. The rapper tweeted, "Young dude stopped me by the car, said 'wanna hear the bars,' nah go get a job." Twitter wasn't pleased. Other users wrote T off immediately, and expressed how they missed the old Tumi of The Volume. A few blasphemers even called him a trash rapper… *laughs in "Going Gorilla*

Later, T tweeted that the previous tweet was actually an excerpt from a verse (from a song he would go on to release later), which quelled a few Twitter users' anger, while others claimed he was just trying to do some damage control.

So, we are okay with a rapper saying mean things in their rhymes, but as soon as they tweet them, we play moral cops. T, like many of his counterparts, is a cocky rapper, and there's nothing either new or wrong with that. What's a rapper without ego, cynicism and crassness?

Stogie T isn't the only rapper who has gotten into trouble for their mean Twitter fingers. AKA has been infamous for tweets that rub South Africans the wrong way, mostly for calling himself the greatest to ever do it—something he does all the time in his music. At the height of his beef with fellow rapper Cassper Nyovest, he was vilified as the bad cop, while Nyovest, who was then a newcomer, was always applauded for being humble.

This didn't make sense to us who pay attention to rappers' lyrics. Cassper Nyovest, just like AKA, has spat some of the cockiest lines this side of the equator. To this day, the man reminds us he is filthy rich and owns two Bentleys every chance he gets. He has rapped "How you balling when you living with your mom?" Imagine the furor that would follow if he had tweeted that.

These reactions somehow make sense, though. Rap is tricky. It's a sport of some sort. As much as there are a lot of truths that rappers share in their rhymes, they don't always literally mean every line of their verses. We as fans never know where to draw the line. But the moment it's in a tweet, we always take it at face value, and immediately associate it with the rapper's persona.

Just like you, I don't have the answers. I don't know where to draw the line between fact and fiction when it comes to rap songs. But I know one thing, even if a line is exaggerated for dramatic effect, the sentiment is always an extension of their real life persona.

For instance, when I was growing up, I didn't believe every tale of raping women told in D12 songs. But now that I know a thing or two about rape culture, I can't separate the rappers from those sentiments.

Last year, the rapper Riky Rick made headlines for shaming a young fan for wearing fake Balenciaga sneakers and tweeting the video of that incident. Riky, in his hit single "Sidlukotini," rapped about us wearing fakes and wearing Jordans, which are now below him as a style icon who rocks Gucci he doesn't even pay for. I didn't necessarily expect him to shame me in real life for wearing Jordans or fake sneakers.

But when I read about the incident, I wasn't shocked at all. Not to say I was for him shaming a teenager who was his fan and had asked to take a photo with his idol.

But it's an interesting dynamic how we always get shocked by rappers who choose to be themselves in all the different platforms we interact with them on. We prefer two-faced artists, who preach one thing in their music, and another on social media and in person.

To each their own, a rapper can be vicious on wax and choose to be "humble" in real life, that's their choice. A great example of that is the rapper Reason. On "The March Freestyle," he rapped, "I'm humble in life, but as soon as I write it feels like I'm chopping their foreskin."

Reason is one of the most honest rappers in South Africa, and I'm always tempted to take everything he raps as fact. Of course with a history in battle rap, when he releases a song like "Freestyle Emasepa," where he expresses his views on other rappers, I don't always take every line literally. But deep down, I know the sentiment holds. So I would never be shocked if he would tweet something along those lines.

YoungstaCPT, another vicious MC, rapped on "Come to my Kasi" by Priddy Ugly: "Rappers need to get jobs and stop saying they slept on." Which is pretty much the same thing Stogie T said. But clearly tweets get more attention than raps. It's weird that we hold rappers more accountable for tweets than for raps.

It's either we don't take rap or the rappers we claim to love seriously, or we are just not listening.

I'm not for Riky Rick shaming a teenager for wearing fake sneakers, it's distasteful, but after listening to his music, I am not shocked by his actions—if we're to play moral cops, we should have started by criticizing that line. Same goes for every rapper who tweets the same sentiments they have expressed before in their rhymes.