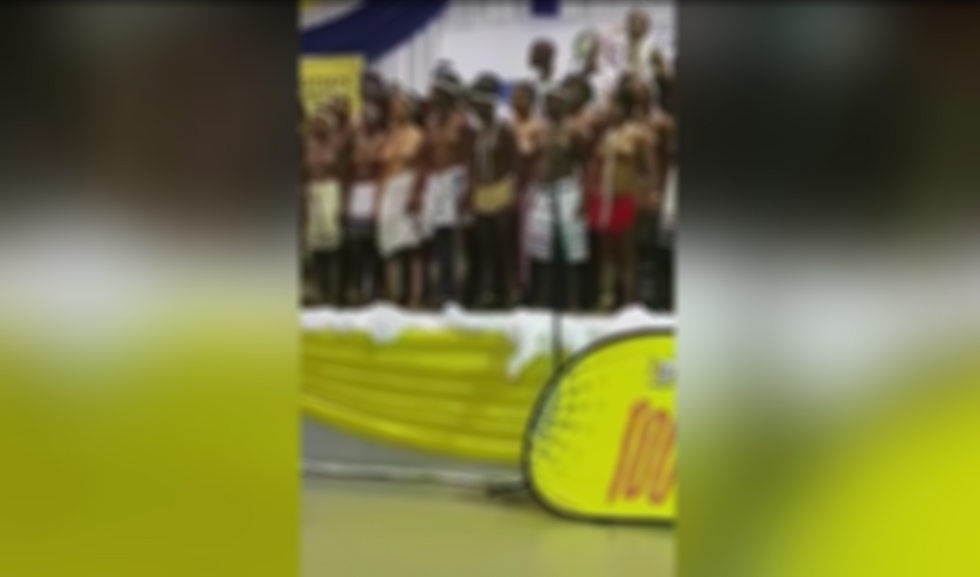 The traditional Xhosa performance by a school girl choir caused an uproar in South Africa.

This year, the dance competition held at the Walter Sisulu University's Zamukulungisa Campus played the stage for a controversial performance which revived the rift between traditionalists and those worried about the sexual objectification of young girls.

In the town of Mthatha—the heart of Xhosa culture, the intentions of a school girl choir to honor their culture ended up causing an uproar. The competition's theme was "isiko inkciyo," referring to the Xhosa traditional practice of young girls keeping their virginity until marriage. In their routine, the choir dropped their umbhacos, traditional Xhosa skirts, and continued their singing and choreographed performance in inkciyos, small loin cloths.

The performance only raised tension between traditionalists' cultural values, and those with view more in line with contemporary ideas of sexuality. On one hand, this school choir master, Asive Yibana's view of their controversial performance was that it was an homage to, and incorporation of the rituals and values of Xhosa tradition. On the other, South African heads of education believe the performance was "undignified" and "objectifying."

Inkciyo is part of the Xhosa ritual where female community elders perform routine hymen inspections on girls. In a time where the Inkciyo Movement has been revived in South Africa, aimed to "restore the decaying moral fibre within the youth," neither side can agree on where the line is drawn between objectification and honoring tradition.

As reported by TimesLive, in her statement, South Africa's minister of education, Angie Motshekga said, "There is absolutely nothing wrong with being proud of your culture and heritage‚ but there was absolutely no need for these children to perform completely naked. That indignity goes against the values of our cultures."

The trouble is that to Yibana, their actions matched the values of the culture. Events similar to what happened at the choir competition continue to challenge the morality of old traditions, and question the perception from which African traditions were born.

In reports from 2016, South Africa averaged a reporting of 109.1 sexual assaults each day. Have some traditions, like Inkciyo, contributed to today's prevalent predation of young African women? Is it justifiable that some traditions thought by its supporters to protect young girls, and ensure their purification, also impose on the rights and sexual freedoms of women at the same time?