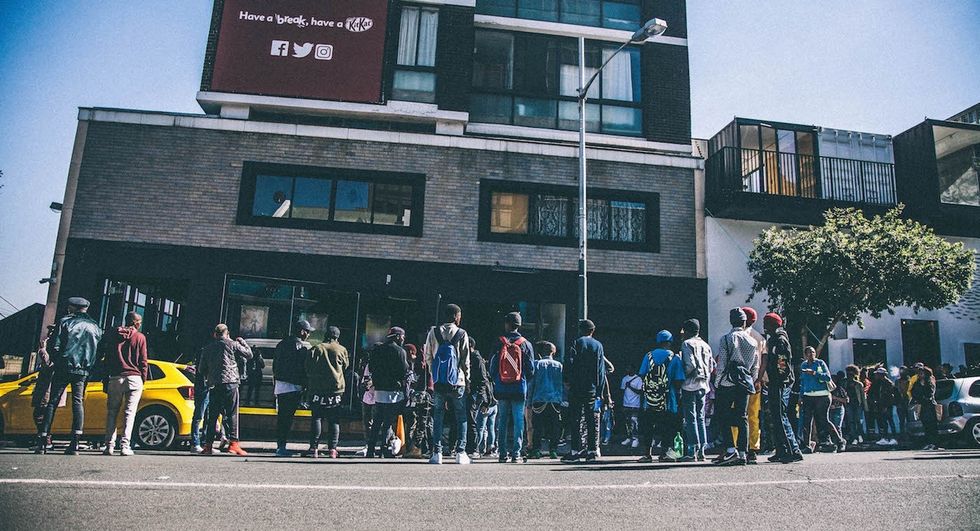 South African songs that caught our attention this month featuring AKA, YoungstaCPT, TRESOR, Nakhane and more.

Our list of the best South African songs of the month includes new singles that dropped in January (and late December) alongside those that were highlighted by getting the visual treatment.

Check out our selections below, which feature TRESOR, AKA, Revivolution and Mx Blouse among others.

The latest single to TRESOR's new album, Nostalgia, lives up to the project's name. It references '80s disco and South Africa's bubblegum, a sound AKA, who's featured in the song, has been experimenting with.

YoungstaCPT's "Own 2019" was produced by Psyko Beats, who has produced all the previous "Own…" songs. In the trach, YoungstaCPT is in his element, telling his story using accessible metaphors, similes and punchlines.

"Vibe" is the first single to RMBO's upcoming project, which will be titled 20/20. The song features Siya Shezi, Khaz Money and Scarface Manolo (from the band RADIO 123), and is classic kwaito as you loved it in the 90s, from the slow tempo to the big bassl ine and the bounce that can't be described but felt.

In their latest single "Skyf," members of Revivolution take turns to deliver potent verses over a bass-heavy trap instrumental that leads with a recurring 8-bit tingle.

"Jika" is the latest single from AKA's 2019 album, the platinum-certified Touch My Blood. "Jika," which features Yanga Chief, is popstar-AKA in full force, as the artist croons over an instrumental that is a fit for wedding dance routines. In the video, AKA and Yanga are living their best lives as grown versions of themselves.

Mx Blouse released their first single of 2019, which is about getting over someone who they were with. The song has a heavy kwaito influence, and is accompanied by a stunning video that exhibits the power of minimalism.

In his latest single, Nakhane asks why places in South Africa still bear their colonial names. In typical Nakhane fashion, the lyrics are subtle and you can miss their meaning if you don't listen attentively enough.

Three of the hottest young artists from Durban get together for a lovely tune that feels like the warm Durban see breeze. Taking a leaf from 80s' pop sonically, "Whipped" sees Tellaman, Shekhinah and Nasty C admit to being so in love nothing else matters.

An outstanding double barrel from Shane Eagle's latest EP, Never Grow Up, "Ride Dolo-What You Wanna Be" sees Shane muse about different aspects of his life from the love of his life, and how his career has taken off, as he rides dolo in his Polo.

On "Ayashisa Amateku," Robin Thirdlfloor sticks to his mashup of hip-hop, kwaito and electronic music, which he has explored in his previous projects. The song is light-hearted and in it, the MC flexes his moves and touches on his love for kicks.

PatricKxxLee (ft. Costa Tich) “No No No”

PatricKxxLee and Costa Tich share a lean offbeat bass-laden instrumental and populate all that space with their big personalities and energetic rhymes in this new single.

"Cel' Ukuthi" is a new age kwaito banger that should be your jam as you celebrate what's left of the summer. Citi Lyts assembles an unexpected team team of rappers that, however, makes a lot of sense and sound great together. While sweating on the dance floor to this song, don't overlook the bars on display on here.

Cape Town jazz-soul duo Thesis ZA are a serious force of nature. Their latest single "Iintloni," displays their effortless and powerful vocals and their chemistry. The song was inspired by Feminist scholar and author Dr Pumla Gqola's book on Simphiwe Dana titled, A Renegade Called Simphiwe.

Yugen Blakrok's latest single from her upcoming sophomore album is as raw as its catchy. The MC takes a swipe at the idiot box and provides alternatives to sitting and staring at a screen for most of your life.