The 16 Best South African Songs of the Month 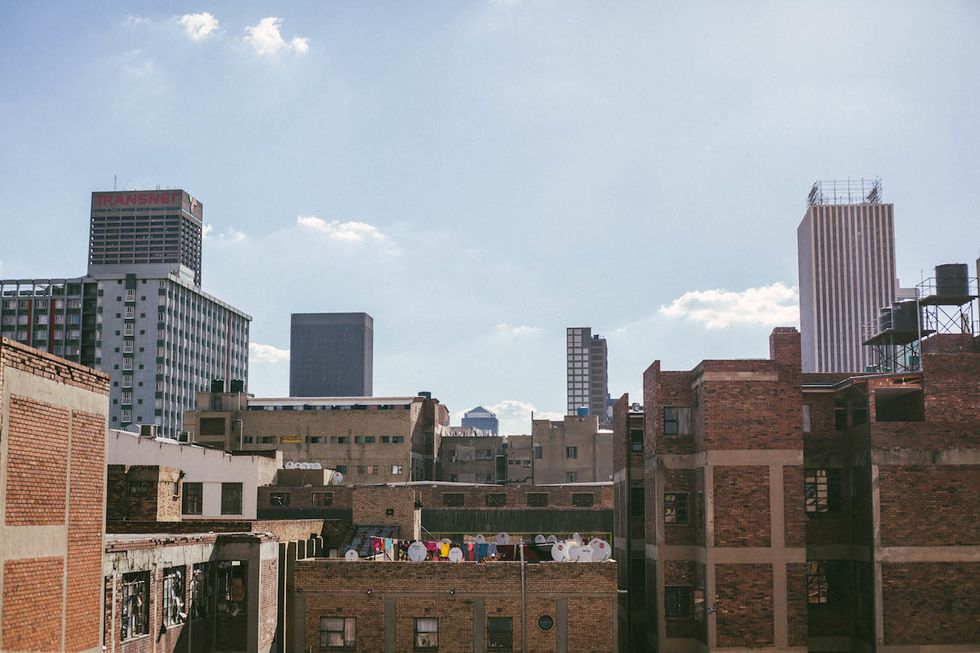 Check out our selections below, which feature Ayanda Jiya, KLY, Prince Kaybee among others.

"Falling For You" is an old school RnB-inspired tune in which the singer details her feelings for a special somebody who stole her heart. Ayanda sounds at home over an instrumental that leads with a looped 8-bit sound reminiscent of the video game Pacman. A-Reece's verse is cherry on top of an already sweet cake. He raps in sparse lines that allow him and the listener to breathe as he adds his 2 cents on the subject.

KLY's song "Umbuzo" got the visual treatment this month. The music video shows the South African R&B singer playing the roles of the boss and the servant. The video depicts two love stories, happening in parallel. It juxtaposes the two relationships, especially the ability for a man to provide material things.

On "Everybody Hates Reece," A-Reece is introspective, sneering at the whole game. He feels he's stepped on toes unknowingly, and doesn't regret it much. Nothing special, just Reece talking his talk as usual.

Emtee recently dropped a video for "Abantu," one of the standout songs from his 2017 EP DIY 2. In the video, the artists and his collaborators can be seen trekking to an event, first by bus then a chopper.

"Thula Mama" is a somber tune with an equally somber video that shows a young man dying and his funeral follows. S'Villa's a great vocalist, and "Thula Mama" is an effective single about surviving pain.

Flex Rabanyan cruises around his hood and celebrates family in the music video for his sentimental tune about the anxieties that come with growing up.

Muzi “We Are Growing”

Muzi remade the theme song for the 90s TV series, Shaka Zulu, which depicted the life of the infamous Zulu king. The song comes with loops of samples from the original song, accompanied by a drum pattern reminiscent of Kaytranada.

Prince Kaybee features one of the smoothest voices in South African jazz in his latest soulful house jam, and it will come in handy on both the dance floor and your living room.

L-Tido turned Biggie's "10 Crack Commandments" into a 10 Mac Commandments. In the song, the rapper lays down the ground rules for navigating the dating game as a dude. One of L-Tido's top tracks and definitely a standout from 16, his latest album, which also happens to be his strongest album to date.

Say what you want about Boity, but the rapper knows how to deliver the bars written for her. "Bakae" is an absolute banger in which the rapper goes motswako, rapping mostly in SeTswana.

A smooth R&B jam with a banging trap instrumental in which Shelton has some words for his partner's toxic hobbies.

Demi's latest single blends R&B, soul and jazz. In it, the artist appreciates a special somebody whose love hits them in the right spots. The music video shows the artist traveling in different parts of the city. "Sondela" is what happiness looks and feels like.

"Standat" references old school kwaito, just like most of Darkie Fiction's music. The song's is jovial, and in the video Sliqe can be seen rolling around the hood before he hits the studio. Celebrate what's left of the summer with this one.

Seba Kaapstad recently got signed to Mello Music Group. "Breathe," which is the crew's first single under the label, seems to be a universal message to the insomniac slashies that we've all become. We live in a world where we have to work our asses off to live a comfortable life. Zoë, writing and singing in first person, seems conflicted about the idea of taking a break. Sonically, "Breathe" is a refreshing combination of the crew's different influences, from jazz to hip-hop and soul, among others. "Breathe" is as much of a Friday/Saturday night jam as it is a Sunday morning one; it will tell you to get down and chill at the same time.

A tongue-in-cheek critique of the game and its wicked ways, "Award Shows" sees the rising MC flex his lyrical skills as he questions how this whole thing works. The video pokes fun at artists who buy awards and those who shoot videos in front of houses they don't own.

The song chronicles the duo's individual life stories, and the video plays out like a mini documentary of B3nchMarQ's journey.