The 21 Best South African Songs of the Month 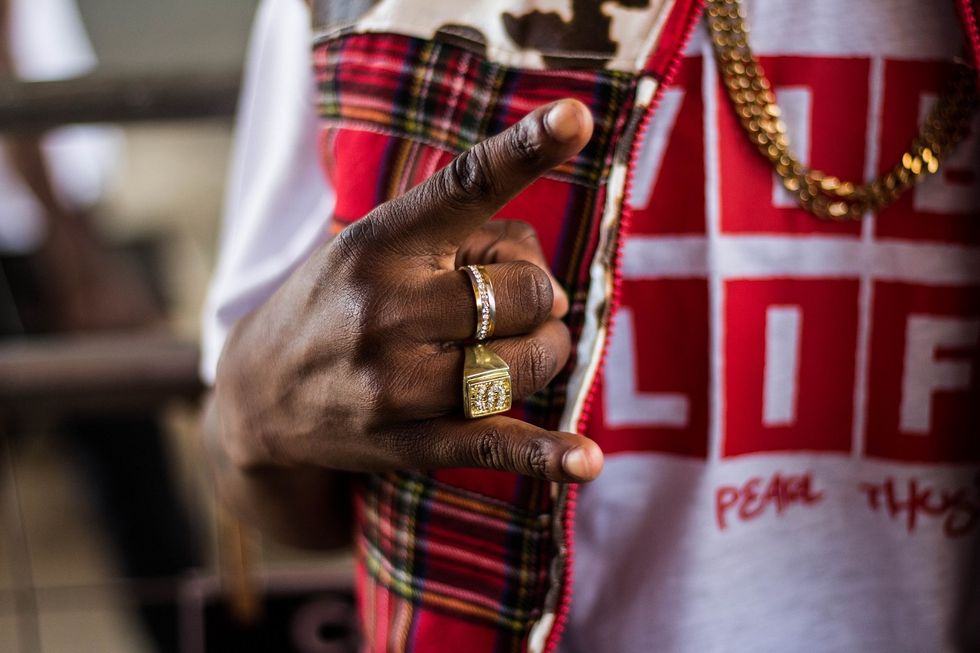 Our list of the best South African songs of the month includes new singles that dropped in October alongside those that were highlighted by getting the visual treatment.

Check out our selections below, which feature Cassper Nyovest, Petite Noir, Saudi, Yanga and DJ Skinniez,among others.

Who knew KLY could go vernac and still kill it? In his latest single, the singer laces a soulful trap instrumental with Zulu vocals, and proves his dexterity.

Jitsvinger's Afrikaaps raps find a new home in DJ Skinniez' concoction of distorted basslines and pads, in a song that ends just as you are getting into it. The song is from DJ Skinniez' new double EP Inhale/Exhale, which you can check out here.

Cassper Nyovest's latest single "Hase Mo States" is another one in which the rapper draws inspiration from kwaito. The song's title makes reference to a Brothers of Peace song of the same name, and the hook is appropriated from Kabelo's "For As Long As Ng'saphefumula." It's one of those song you'll either love and have on repeat, or bump once and never come back to it, it's one of those. It's grown on us.

Up-and-coming rapper Dee XCLSV sounds at home over Lunatik's synth and bass-laden beat. The MC beats his chest with lofty lines and a catchy chorus.

"Come Alive" is a jaunty trap banger that doesn't feel out of place in the catchy summer songs out now. The MC raps and sings about a woman who's "gonna get the D from the DM slide" and is his ride or die, but for now they ride.

Beatenberg's first single in four years, "Camera," is a smoothie that deserves a spot on your playlist, especially to resort to when the party's over.

Yugen Blakrok steps over ethereal cushions of bass, thick ominous pads and dusty snares with her customary fortitude. She skillfully weaves astronomy imagery as she raps about her esoteric odysseys. She sounds comfortable, her voice is lower in pitch and every word lands perfectly on-beat.

On "Zoo Keeper," from his new EP Choose Love, Aewon's pen game is A1. He croons about Africa as a zoo held captive by fear, corrupt politicians, identity crises and a lot of other ills. The song is melancholic as the artist's vocals are slightly distorted and drenched in auto-tune. The beat is big, with even bigger drums, and has enough space for the artist to opine about the continent.

Anatii's sophomore album Iyeza is a masterpiece; all 10 songs are solid. "Ntloni" stands out. Anatii combines his hip-hop roots with his new vocal style, and the result is a distinct South African song from a highly inspired album.

Medicine For The Soul: Anatii Finds His Sound on His Soothing New Album 'Iyeza'

A-Reece "To The Top Please"

A-Reece - To The Top Pleasewww.youtube.com

In the closing song of his latest EP, And I'm Only 21, "To The Top Please," A-Reece reflects on his journey, from his mother allowing him to pursue rap as a career, being one of the most consistent SA rappers, among other things. The beat is moody, with twinkling pads sliding over cloudy pads. The song is an acceptance speech by Reece after winning a Grammy, so the song's presumably set in the future. "They came here first, I'm going out last," he raps, "Went from being told that I won't last/ 'Cause I'm an outcast/ to being hit up under pressure just to make a collab/ They hate me, but they hated Jesus, everybody know that."

Msaki's alto finds a fitting atmosphere to exist in, in the percussion-heavy production of Black Motion. "Rise" is as much tailored for the dancefloor as it is for your earphones. Download Black Motion's new album, Moya Wa Taola, here.

Ma Nala is optimistic on "Forever." With minimalistic production from BLFR and Anatii, she easily manages to divert most of the attention to her vocals. And that Gemini Major verse adds some dancehall flavor into an already solid track.

"Mazenke Music" is vintage Jabba in a modern setting. The music is bouncy and is a cross between kwaito and trap. Just like the other four songs on the late rapper's new EP #FGTBB, the song is proof that Jabba had the rare ability to fit into any era and still maintain his essence.

"Tour Dates Chronicles" is one of those songs you can tell were written and recorded on the spot from the subject matter. But it still doesn't sound clumsy like you'd expect a song that was made on a spot to be. Solo gives an update on him and his band's ongoing tour. The song was recorded on the first stop of the tour in Joburg.

On "Aphrodite," Beatenberg's trademark sound is as prevalent as TRESOR'S. The song is reminiscent of some vintage mbhaqanga.

Musically, "Beach" is dense, but doesn't sound scattered. Petite's ethereal voice floats and fills up your speakers as he sings about the desire to be free from the bondage that is mental illness. And a verse from Danny Brown is always welcome.

Read: Petite Noir Is the King of Noirwave

"Utatakho" combines Yanga's kwaito sensibilities with trap, but with a musical twist by way of the electric guitar that dominates the song. Yanga's wordplay is subtle and thoroughly entertaining.

Saudi highlighted "Drip" from his 2017 album D.R.U.G.S Inc as a single. "Drip" is one of the standout songs on the album, which has plenty of great tunes. Just like most of the album, "Drip" showcases Saudi's effective songwriting skills, as he uses the word drip to make reference to his sauce and sex.

Titled "Money Machines," the track sees the MCs spit money raps over quivering hi hats and thick bass, while a subtle saxophone plays in the background. It's the perfect jam to bump on payday or when your money is right. As Nasty C chants, "First name Money, last name Machine, Nasty Machine."Nadia declares, "I ain't listening if we ain't talking Rands, son."

DJ/producer trio Beat Bangaz's collaboration with veteran lyricist ProVerb is vintage 'Verb, as he laces a head-bobbin' boom bap beat with his trademark punchlines and flows. Verb reminisces about the days when hip-hop was centered around lyricism. He is lofty, taking jabs at the watered down hip-hop he keeps hearing these days. He raps: "The authentic author is back/ I authorized an attack/ I've launched a fire on all the guys that are whack/ You small fries, like I ordered a mac/ You borderline on the track."

"Bulldozer" sees the veteran MC channeling his usual energy by way of Zulu rhymes over a beat that flirts with kwaito, in pure skhanda rap fashion. The song was produced by Skroof, who, as a vocalist, was a member of the group Saudi Western alongside Maggz and the late Pro.

Marilyn McCoo and Billy Davis Jr.'s "Nothing Can Stop Me" gets looped and strengthened by heavy 808s. Tweezy laces the beat with inspirational raps as he beats his own chest and raps about knowing he was always destined for stardom.

"Vatel," the lead single to South African rapper Moozlie's recently released debut album Victory, packs some serious heat. The MC laces a vintage kwaito beat with her customary flair and larger-than-life personality. Lunatik, who produced the song, channeled legendary kwaito producer Mdu. Just like most of Mdu's productions, the beat is key-laden and the production is clean, with not much going on, but it still sounds full.

Read: Moozlie's Potent Debut Album 'Victory' Proves She Can Hold Her Own