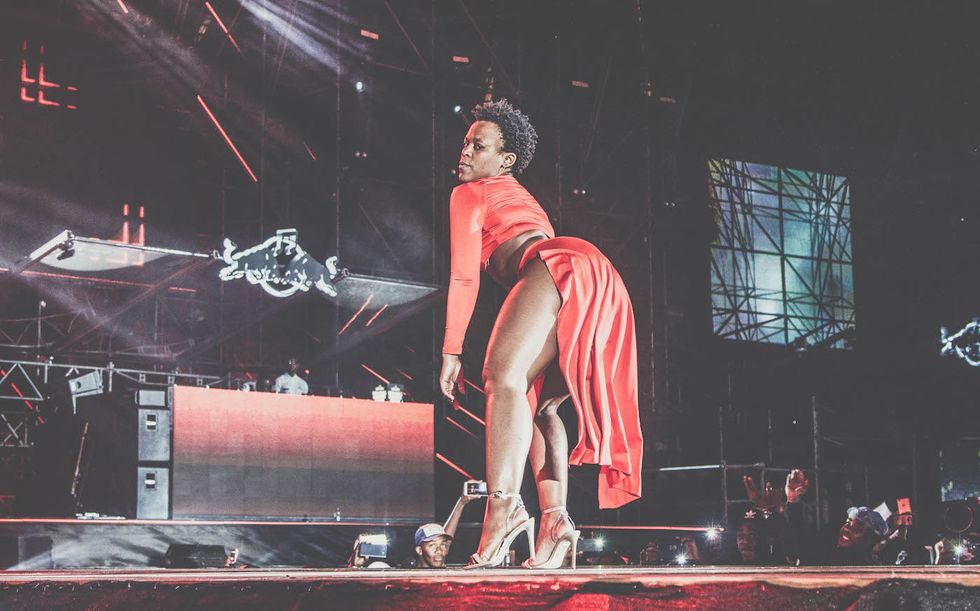 Some songs that have potential to be the soundtrack to December in South Africa.

In summer, especially the month of December, South Africa becomes something else. December is a lifestyle of some sort, where people forget about their troubles, work… and pretty much everything, and become shamelessly hedonistic—and we are totally here for that.

But there's nothing that makes December more memorable than the songs of the summer. It's those songs that are a permanent fixture on every South African's playlist as they take a break from a long and stressful year.

Below, we list some songs that have potential to be the soundtrack to December in South Africa. Some have already picked up in the past few months, while others are teeming with potential.

"Akanamali" is Samthing Soweto's biggest hit to date–his breakout hit, if you may. Sam croons about a special somebody who loves him even though he's broke, and for that reason, he's marrying her in December. Sam's unorthodox voice sits well over Sun-El Musician's production, which consists of a processed hums, a resonating bass line and a selection of keys and marimbas. This one's already big, and it's a no-brainer, it will rock December.

No one saw this one coming. After the success of "Ngud'" as the ultimate beer anthem, Kwesta went for the same formula on "Spirit," a steady hypnotic rhythm that inspires a loss of morals. Only this time around, he gave it a different flavor by adding a verse from Wale. "Spirit" is already sitting on a million views on YouTube.

"Stay Shining" samples Crystal Waters' "Gypsy Woman (She's Homeless)." The sample is slowed down, and placed on a kwaito-esque rhythm, which makes it hard for you not to move your body when it hits you. Riky Rick, Professor, Alie Keys and Cassper Nyovest have fun with it–with sparse lines in true kwaito fashion. This is the perfect song for the December craze.

Shekhinah's vocals always work well with electronic production and "Suited" is one of those many instances. The beat is huge, festival-ready and even though it's made for the dance-floor, it oozes emotion by way of the sporadic keys and airy pads which Shekhinah fills with her soulful voice. "Suited" may not be your typical South African summer song in that it's neither house nor kwaito, but it ticks all the boxes without trying to be any of those.

Distruction Boys' debut album Gqom is the Future is a scorcher. But it seems the fan-favorite is "Omunye." It's a straightforward gqom fire starter that features a filtered synth combine with a high-tempo rhythm and a catchy one-liner hook that makes it one of the catchiest songs out in South Africa at the moment. It also helps it a great deal that the hook is a low-key sexual innuendo. That always works for a summer hit.

What's a DJ set without "Particula" this summer? The song has touches of house, Afrobeat, pop and EDM, and treats itself as a sophisticated love song. And all those sensibilities will ensure it can get the party the started whether in Soweto or Camps Bay.

"Love Potion" is an instant hit. It reached a million YouTube views in no time upon its release. Another heart-warming love song, the single combines afropop and afrobeat, a formula that has worked for Mafikizolo and kept the group relevant for years after all their peers have disappeared. "Love Potion" is minimalistic and reminiscent of "If" by Davido, which, needless to say, means it bangs.Sjava & DJ Maphorisa "Ngempela" ft. Howard

Sjava's mbaqanga-inspired vocals find a new home over an instrumental that stradles house and afropop. "Ngempela" is a mid-tempo lovey-dovey hit that is tailored for the fun times, and one you can dance to, too. Sjava is always reminiscent of the crew The Soul Brothers, who used to rule summer in the '80s and early '90s.

Lady Zamar's "Baby" is a mild house banger that sees Lady Zamar serenade her listener with smooth R&B-esque vocals. "My Baby" doesn't have too much going on, and the minimalism is what makes it stand out. If gqom is too much for you (don't worry, you'll catch on), then "My Baby" has to be your kind of vibe for the summer.

It's nowhere near her 2016 hit "Wololo," but Babes Wodumo's "Ganda Ganda" is guaranteed to make you sweat away your stresses this December. The hook is addictive, it's one of those that even if you don't like the song you find it stuck in your head. In pure gqom fashion, "Ganda Ganda" has a robust rhythm that will definitely pack dance floors in clubs and shebeens countrywide.