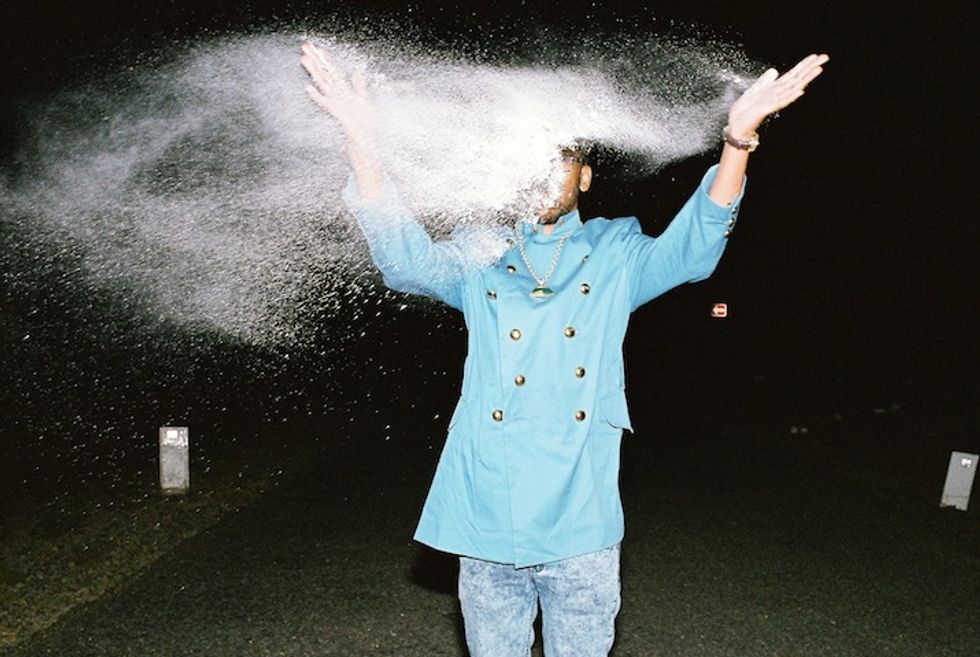 Spoek Mathambo sits down with Boiler Room's Thristian bPm to talk about segregation in the South African house scene, the optimism among SA youth and being an ambassador on the international stage

After the Studio Africa London launch, Okayafrica favourite and one of Joburg's finest Spoek Mathambo sat down with the Boiler Room's Thristian bPm for i-D magazine. As well as talking about the influence Chicago House and UK Garage on South African kwaito he surprises a slightly apprehensive Thristian by revealing that he's comfortable with being received as an ambassador for South African music, explaining that he uses the international stage (like his Studio Africa/Boiler Room set) to rep South Africa. Spoek also touches on some socio-political issues including the enduring segregation of South Africa’s house music scene; the optimism he feels as a young South African and why he decided to stop emulating US and European music styles. Check out some quotes and the video itself below and, for a throwback, click through to the Okayafrica TV interview.

On the class & racial segregation in SA's house scene:

"There's the drama even with the house scene: is it commercial house, is it deep house and [if you're] fancy, sophisticated and upwardly mobile it's cool to like deep house, and then there's the ghetto house of Pretoria and whatnot." [...] South Africa's so ridiculous about race that we have a whole race for people that are mixed race: and that's a thing, coloured people are a [separate] thing.