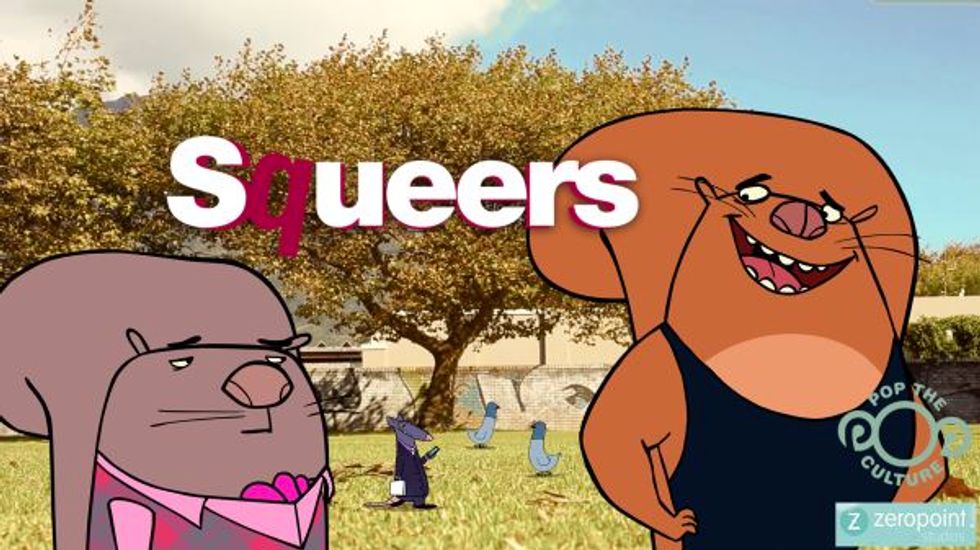 Squeers is a forthcoming animated satirical comedy series about two gay squirrels, Neil and Artel, who live in the treetops of Cape Town’s City Gardens. The series is being directed by Capetonian Matt Torode and written by Johannesburg-based writer, Lebogang Mogashoa. It’s based on Roberto Milan’s comic strip of the same name that was originally published monthly in the South African LGBTI newspaper, The Pink Tongue.

The proposed 78-episode, 7-minute-long series is being lauded as the first LGBTI animated series in South Africa. The show draws inspiration from an immensely relatable aspect of human life including dating, work life, diets, going green, or where to bury their nuts for the night.

According to their website, Squeers will play a role in "normalising sexual diversity, breaking stereotypes and through satire, we hope to humanise shared issues and open dialogues around basic human rights and equality.”

The animated series will feature a selection of interesting characters including Cashiefa Cupido, a Cape Malay transgender squirrel and Chow, a Durban curry-loving bunny client.

The project is currently being pitched to broadcasters and potential investors.

Check out the trailer for the series below: