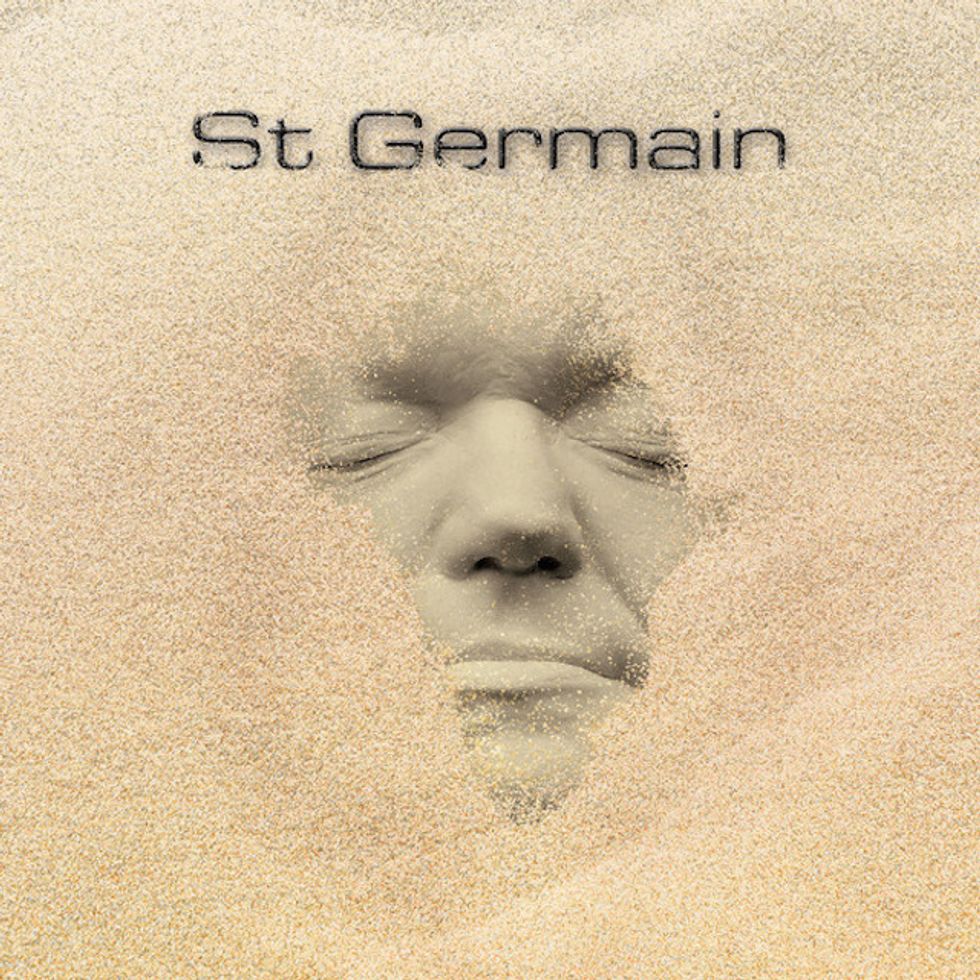 For his first album in 15 years, French producer and DJ St Germain aka Ludovic Navarre turns his sights towards Mali. The new self-titled LP expands on St Germain's marriage of trance-state electronic loops and live instrumentation, which he paired seamlessly in his 2000 jazz-influenced breakthrough album Tourist, with a shifted focus on the whirling Malian blues guitar riffs he'd heard from the likes of Ali Farka Toure. Exploring Paris' Malian neighborhoods, St Germain met guitarist Guimba Kouyate, who along with a number of kora and balafon players, lay down entrancing West African melodies over the producer's laid-back percussive progressions. Below, we spoke through a translator to St Germain about the Malian influences on his 8-song St Germain LP, which he mentions took over six years to create.

Okayafrica: How did you come to the idea of creating the new album, your first in a long time, based on West African influences?

St Germain: It's something that I've always wanted to do, work with African music. I tried it way back in 200o but it was too soon and I didn't have the kind of maturity that I needed [back then] that I now have in 2015. I mean 'maturity' in terms of my ability to master the skills necessary for mixing sounds, sound combinations and sonority — really something that needed to develop. I was at a point where I wanted to make a change, though not a radical one, from my music of the past based on the piano.

Malian music is a particular influence on this new LP, are there any specific artists you were looking towards for inspiration?

It's hard to be specific because you don't want to mention some without mentioning others. But there is one group that I want to mention which no longer exists, the Super Djata Band. I adore [them] and was also really hoping to have the guitarist from that group play on my album but unfortunately he passed away. He's really the master of this style.

How do instruments like the kora or n'goni lend themselves to your electronic productions on St Germain?

It's hard to explain, but using these instruments and working with these musicians is something that followed logically from what I was doing. This particular style of music is very cyclical and built on loops — you have one loop built upon another and adding to what the other is seeing. The Malian musicians are really masters of this type of music that I've been working with as a natural progression [of my style].

Have these songs on the new album been building since your last album Tourist, which came out now 15 years ago?

It was more of a progressive process. I did have some of these ideas in my head, but it was only around 2007 when I started to work on it and started to work on different things. I [was] actually first focused on the music of Nigeria, but I found that style had been used a little too often by a lot of people so I wasn't too interested. Next I looked at the music of Ghana, but it turned out to be too complicated because that whole style was very particular and it was difficult for musicians to play it.

I think one group that I'd like to mention from Ghana is the African Brothers Band, they were working at a time when there was a mix between Nigerian and Ghanaian music and I think they're well worth looking into. Of course, they're completely different from Malian music and, though not so much an inspiration on this album, something that I really had in mind. Maybe in an upcoming [album] I'll find some musicians... another artist I'd like to mention is Ebo Taylor.