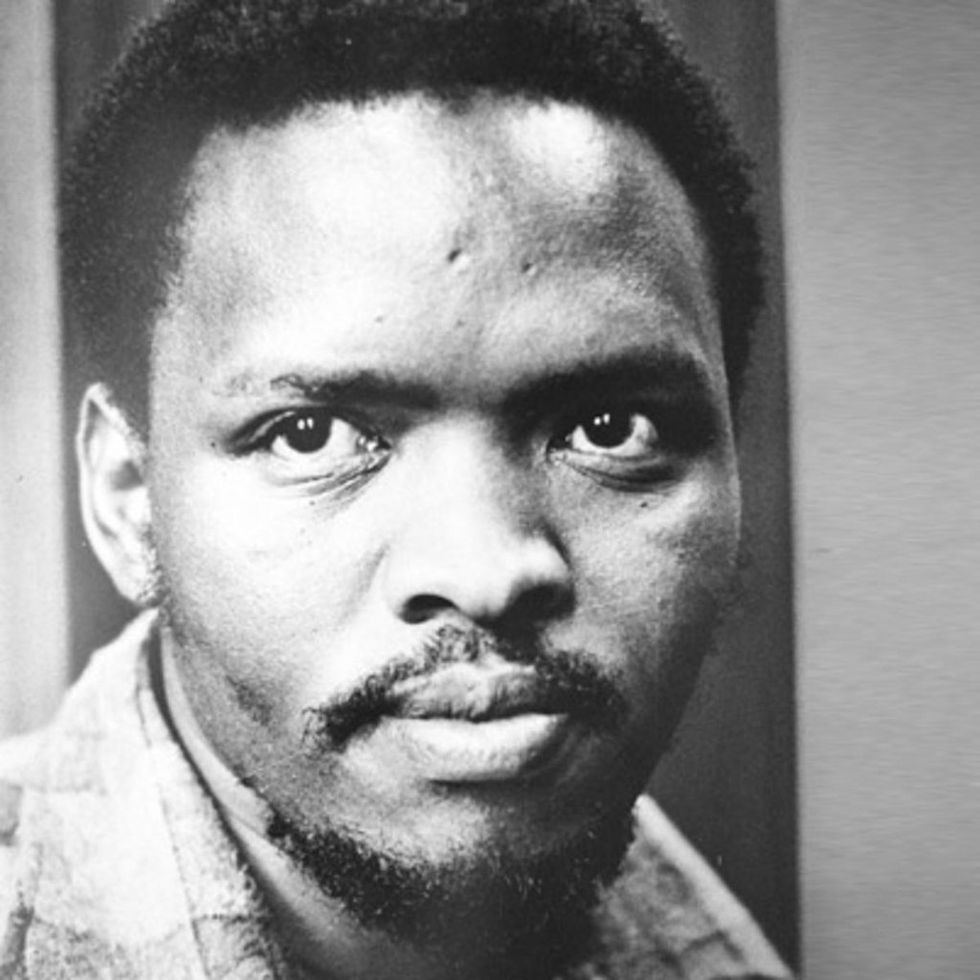 Another letter signed by Steve Biko will be auctioned Thursday, Nov. 16 (as in, tomorrow), with the bid starting at $3,000 by Los Angeles-based Nate D. Sanders Auctions.

The letter, dated Jan. 12, 1977, was written from King William's Town regarding the death and investigation of Black Consciousness Movement (BCM) member Mapetla Mohapi.

The South African government barred Biko from leaving King William's Town because it viewed the BCM as a threat and wanted to stop Biko from organizing anti-Apartheid activities around the country.

He requested permission to meet with Mohapi's attorneys regarding his inquest, since he died in police custody in 1976.

"I have been asked by the attorney representing the Mohapi family in the above matter to make myself available for consultations on the 16th January with their Counsel as well as attend the inquest which has been set down for the 17th and 18th January. / Kindly grant me the necessary permission to enter the premises of the King William's Town Magistrate's Court on the relevant dates and to attend the consultations, which will be held somewhere in King William's Town. I do not as yet know where exactly Mr Mxenge plans to have the consultation."

OkayAfrica touched base Wednesday with Nate D. Sanders Auction Manager Michael Kirk to inquire if any cultural establishment or the South African government has contacted the auction house regarding the letter.

"No official government entities have reached out to us," Kirk says.

He adds that he hasn't received much press requests about the letter at the time of our conversation. Kirk also confirms that the letter is authentic.

"It even has the stamp that it was received from the government," he says. "It's a unique item. Everyone of course knows Biko's name; that he was trying to get to the bottom of another activist's death—not knowing that he was going to experience the same tragic fate. It's a very poignant letter."

One would think letters such as this would be permanent fixtures in museums, or national archives. So, how would one put a monetary value on such a rare document?

"It's tricky," Kirk answers. "It's an imprecise science. What we often do is look and see what other items have sold in the past for a particular figure, and so there is generally a range that these things go for. However, it really depends on the content of whatever the object is; the context of what it is. You won't know until you put it up for auction what collectors value and what they're interested in."

Just last month, the National Heritage Council of South Africatried to prevent a UK-based auction house from selling a letter signed by Biko in 1973.

"This will be a permanent loss to the country's national memory. The country will lose the piece of evidence to prove that freedom was taken away from even the most reputable leaders and activists at that time," the Council said in the statement. "We are not going to stand aside and watch the wealthy community exploiting our heritage. The Biko letter should be the property of the state."

Is this another piece of South African history where steps should be made to ensure its preservation?