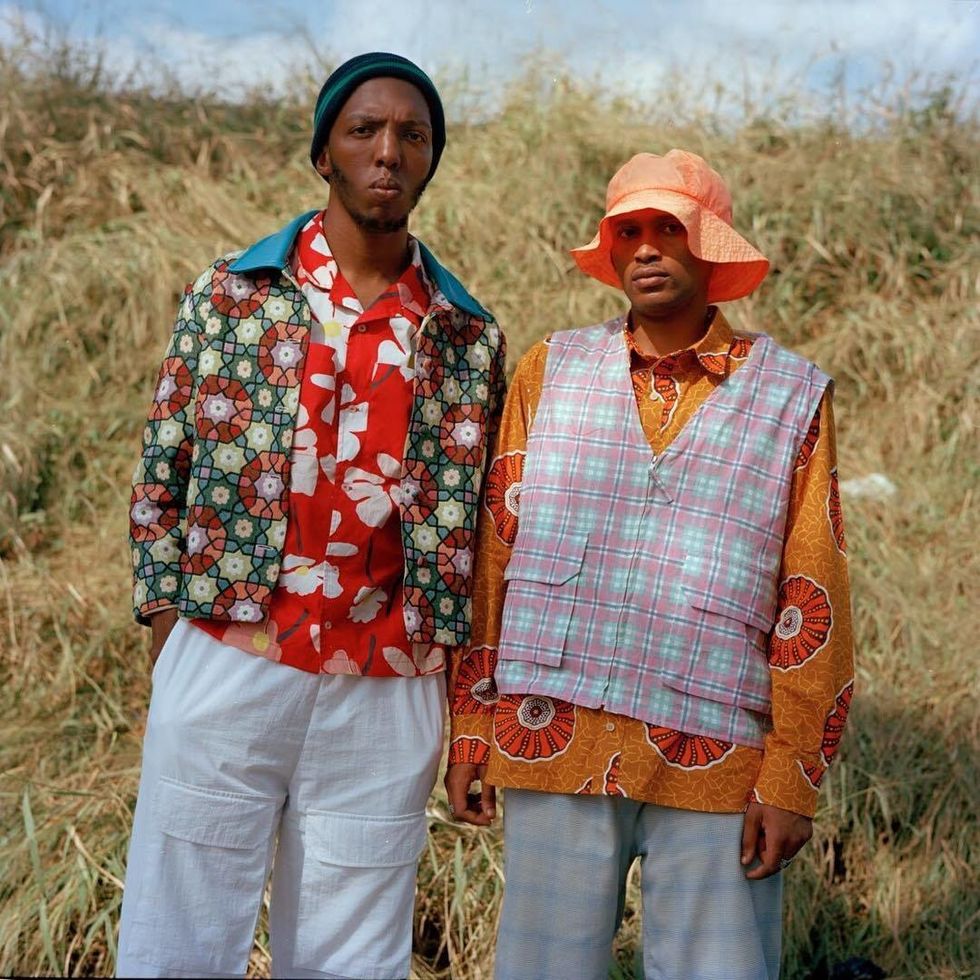 Stiff Pap is a duo from Cape Town consisting of the producer Jakinda and the rapper Ayema Problem. In the last two years, Stiff Pap has refused to be ignored. In just a few years of meeting in the University of Cape Town, where they are students, they have managed to become mainstays in the alternative scene.

With their latest EP titled Stiff Pap Radio, Stiff Pap take a leap forward as a duo. Their debut EP Based on a Qho Story, was lean in nature owing to the overt gqom influence on the project. On Stiff Pap Radio, however, Jakinda intensifies their production and Ayema Problem's writing goes further than the fun raps. The opening song"NNNEWWW," for instance, sees the emcee reflect on his life rapping, "I feel sad most of the time, I don't even know why," over a wide airy pad that ripples like ocean waves.

Jakinda is primarily an electronic producer, so it's expected that he favors synths and pads in his production. The drums on Stiff Pap Radio vary from 1990s and 2000s kwaito ("MKokotelo," "Yebo") to trap ("Maradona").

Nostalgia plays a huge role in the creation of Stiff Pap Radio. It starts with the project's skits—listeners call in to Stiff Pap Radio and request their favorite songs. The 8-bit synths and video game effects point back to the '80s and '90s. So do a huge amount of Ayema Problem's references, which include Van Damme, Patrick M'boma and Jika Majika.

His writing is emotive this moment, boastful and playful the next. His wordplay isn't complex, but it's still entertaining—a great example is on the song "Yebo," where the rapper plays around with soccer references.

Stiff Pap Radio manages to take you through different eras in its 5-song span. It displays a more refined Stiff Pap making memorable songs and have a tighter grip on their craft.