Sway Was Asked Which South African Rapper Spat The Best Freestyle on His Show, And His Response Was Interesting 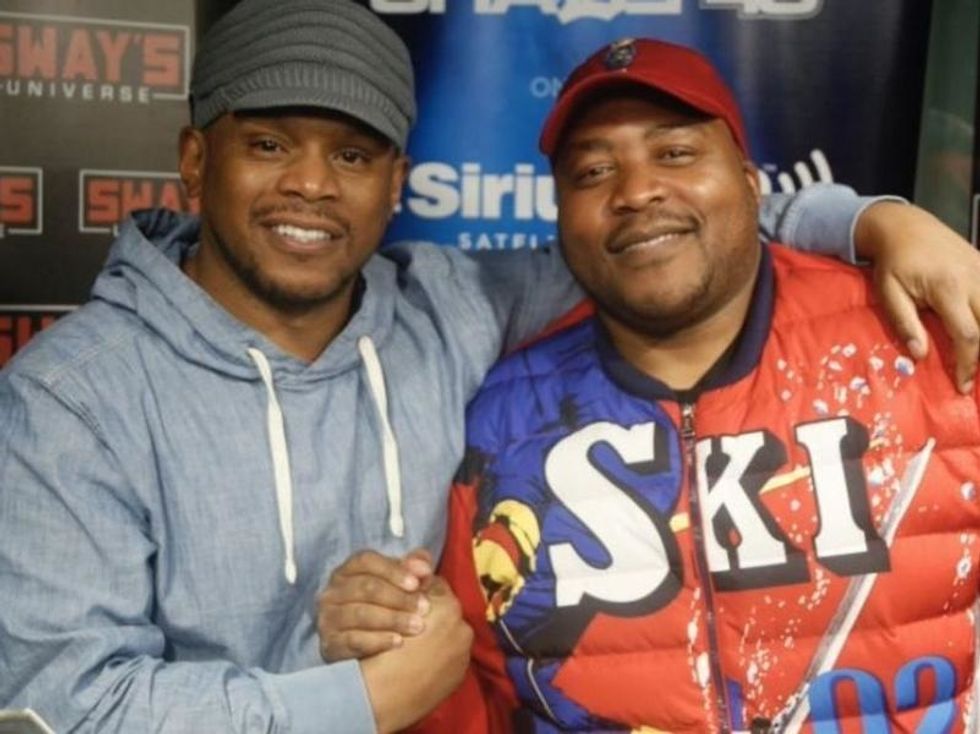 Sway says Nasty C stands a big chance of blowing up in the US.

Renowned hip-hop journalist, TV and radio presenter Sway Calloway was in South Africa over the weekend for the Castle Light Unlocked Experience festival. He hosted a live cypher on stage that featured SA rappers A-Reece, J Molley, Moozlie and The Big Hash.

Two days ago, Sway sat down with the hosts of the Fresh Breakfast on Metro FM for an interview. Among other topics, Sway discussed the South African rappers who have appeared on Sway In The Morning in the last few years.

He was asked by one of the presenters who he felt had the best freestyle on the show. His response went beyond deliberating, but was more encompassing of what his thoughts on what these artists stand for.

He said he likes Kwesta's infusion of South African sounds and languages in his music. "That's why I think Kwesta is important," said Sway. "I can hear an American style in America really well. Therefore, when I come to South Africa, I wanna feel like I'm learning something from the sound and the dialect. When you incorporate that into hip-hop… so Kwesta, to me, opened to doors to many sounds. And then Stogie T opened doors to sounds. 'Cause whenever an artist comes to the show, I do some research and I listen to some of their older projects."

Speaking on Nasty C, Sway said, "Nasty C to me represents the new generation of sound where is more of a fusion, but then he pays homage to where he's from at the same time and I think that's great." He added later: "Nasty C to me is special. Get behind that kid. He's the one that can really cross all geographical boundaries. He's the one who can initially blow up big in the States."

Read: Why Nasty C is The Greatest South African Rapper of This Generation

Sway also spoke on the importance of African artists including their heritage in their music. "And even if you go uptop," he said, "we had Burna Boy on the show not too long ago, and the Afrobeats sound. Davido came by the show as well. You starting to see people gravitate towards what's coming out of the continent of Africa. And I think if people continue to put what's indigenous to here… being smart, making music that can reach other places, other regions as well, you start to see more of an impact."

Finally answering the question on which South African rapper had the best freestyle on the show, he said:

"Hands down, I think Stogie T had the hottest verse from anybody that came here. But Nasty C probably shocked me the most. I thought all the verses were great, but if you gonna ask me who I thought stood out or in those particular times, showed up the best, Stogie T came, he said something like 'I'll put your certified hyenas in an elephant grave.' I was like, 'Did he just disrespect me? We just had a cool conversation. On my show?'"

His thoughts on Cassper Nyovest?

"But Cassper Nyovest was the first to come up on my show and his presence, his business acumen is incredible," said Sway. "We didn't know, like, how much of a business mind this man had, and his energy was just… he's hungry. He stays hungry, so he came up and that opened the door, AKA came by soon after. I understand they have the division, and I've always tried to talk to [them], 'Let's try make that a little better.'"

Sway said he was impressed by the humility from all the rappers and their teams. "AKA came into the space, and his whole team absolutely walked with humility, were very beautiful, even contacted me beyond their visit. I've had great experience with everyone, Kwesta, the same thing, Nasty C, the same thing," he said.

Watch Stogie T's freestyle on Sway In The Morning below and listen to Sway's interview with Metro FM here.

Stogie T Freestyle On Sway In The Morningwww.youtube.com