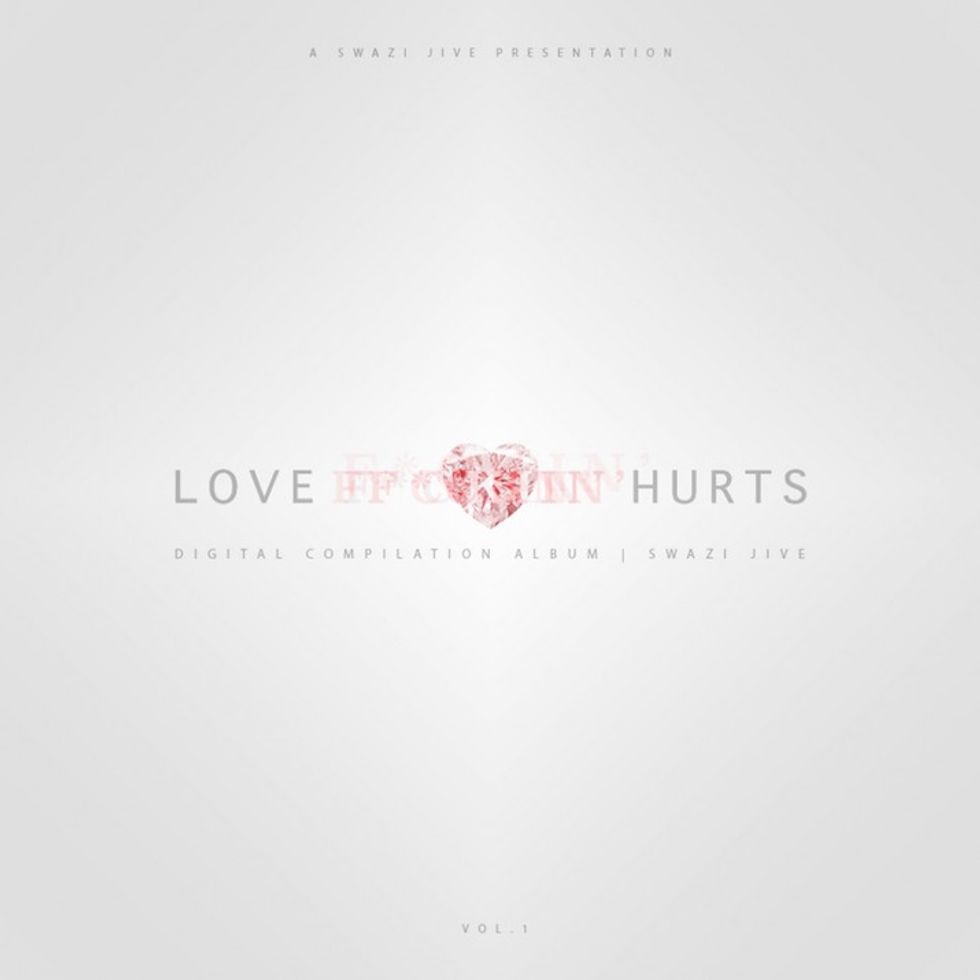 Swazi Jive Records, a division of prominent Swaziland lifestyle brand Swazi Jive Entertainment, launched its first compilation Love Hurts Vol. 1 this year. The 10-track collection is packed with lush production, foggy synths, deep electronic bass lines, spacious vocals and skillful raps that encompass the emotional roller coaster one experiences through the anomalies of love and relationships (think along the lines of Drake, Wiz Khalifa and Jhene Aiko). In the words of Sakhile Nkambule, the brand’s manager, “The concept was simple, we wanted to capture the different emotions people experience in relationships in one body of work. We did this in a way that would showcase the unique creative abilities of each artist and producer represented by the stable.”

The confident, 'business-minded visionary and entertainment mogul,' as he calls himself, started Swazi Jive in 2009 when he was only 16. One of the brand’s successful endeavors is Hipnotik Festival – a vibrant mid-year youth music festival that has seen the likes of AKA, Cassper Nyovest, Pro, Reason and more, sharing the stage with the cream of Swazi hip-hop – Psycholution, Qibho Intalektual, 80 Script, Diba Diba just to name a few. Ask any young music lover from Swaziland about Hiptonik, they’ll let you in on the explosive festival that's been running successfully since 2012.

In 2015, Swazi Jive aims to make the Hiptonik Festival bigger and better. They also have a series of releases lined up for their artists – which were introduced to the masses through Love Hurts Vol. 1 – the likes of rapper Kid Nice, producer and DJ Tendaness, rapper Kikwa, rapper and vocalist Rahim, producer Phantom, singer Adrienne Foo, producer and vocalist LO. Art Money, another compilation is promised for a February 2015 release while the sequel to Love Hurts Vol. 1 will be released in late 2015. Stream Swazi Jive Records' Love Hurts Vol. 1 below and check out performances from the Hipnotik Fest here.