Ta-Nehisi Coates to Colbert: I Have No Hope For America 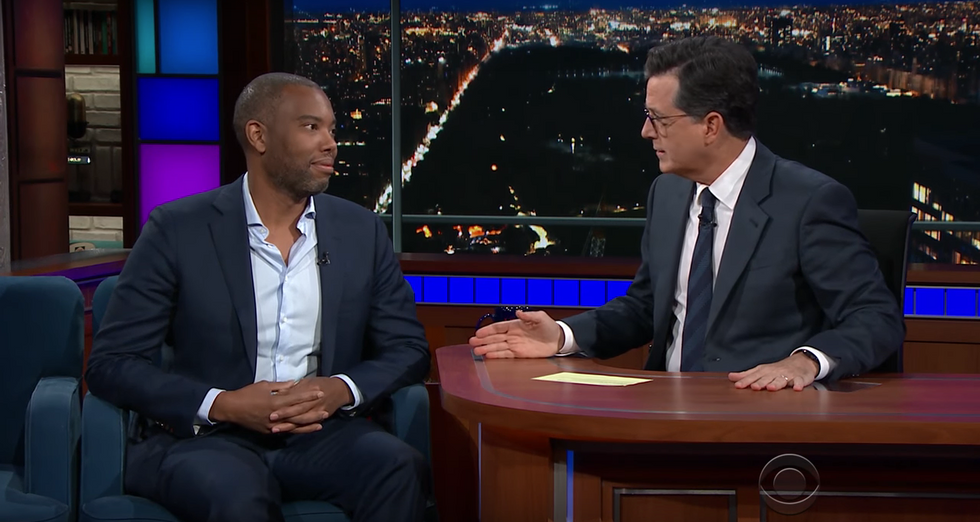 Colbert asked Coates if he had any hope for America being a better country and having better race relations. Coates said "No."

Ta-Nehisi Coates stopped by The Late Show with Stephen Colbert to talk about his upcoming book We Were Eight Years in Power.

The two started out talking about Colin Kaepernick and the recent NFL kneeling protests, which Coates thinks have been "very successful."

The topic then turned to protests, civil rights, Black Lives Matter, and Martin Luther King Jr, with Coates mentioning, "It's very similar to how people feel about NFL protests today, 60 percent of Americans disapproved of Martin Luther King specifically as a person. He didn't get killed out of nowhere."

Talk then unavoidably steered towards Trump and a notable moment came about when Colbert asked Coates if he had any hope for America being a better country and having better race relations.

This topic, by the way, is addressed by Coates several times in We Were Eight Years in Power. Throughout the book he mentions that he "hates being asked to offer white people hope of a better future in which America might become a post-racial utopia," as Vox puts it.