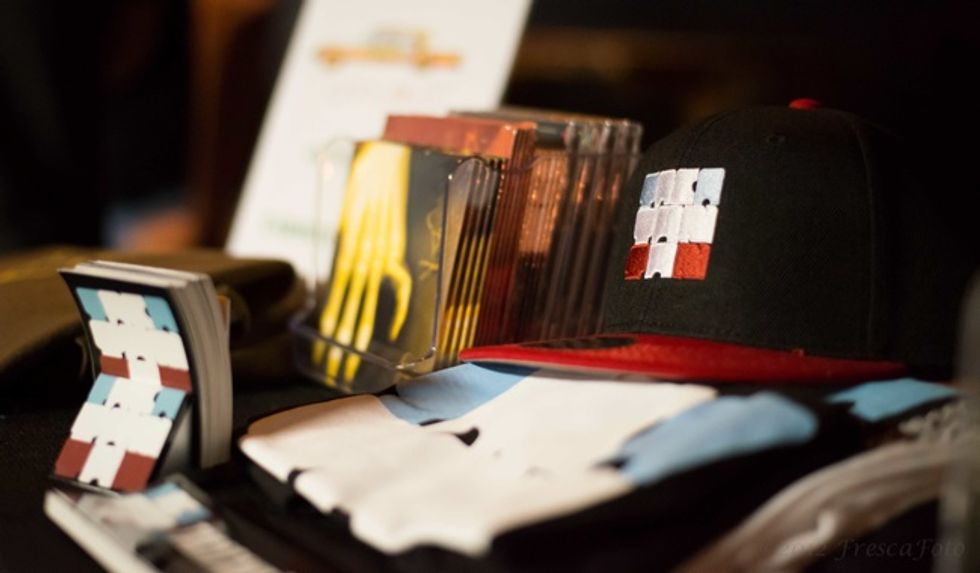 "Tacatantán" is the literal sound of a percussion break, a call that interrupts a jam and calls the family back and releases everyone to the same beat. Tacatantán Records is taking its name to the game and bringing together a lace of bloodlines to create a platform to both celebrate diversity and be a beacon for unity. Abdias Ernesto Garcia, Carolina Suarez-Garcia and Hernando "Abe" Otero aka Trop Montune came together to birth Tacatantán in their home-base of Florida, itself a hub of African, South American, Caribbean and Central American culture.

At the heart of the Tacatantán model is the need to stretch beyond the typical confines of a label to become a platform to showcase alternative Latin culture inspired by its African ancestry. Through event planning, cataloguing, publishing and art production with their own publishing branches (Corazon De Camila Music Publishing and Tacatantán Music Publishing), these guys are changing the game. Passionate about community, their business ethics are born from respect and they produce everything with integrity. Music connections and ancestry, easily faded in our modern society, are regained through the Tacatantán approach: one that is grounded in a deeper path of tracing to regain these sound connections.

Talking to Abe and Abdias about the business quickly becomes a conversation about passion and philosophy, the stone that anchors the project to unite through music and blur all other boundaries. “We are finding the connectivity that fuses everything together,” explains Abdias, “it was already together but we separated at one point, and now we are bringing it back, the genecology of music.” Recognizing how music has changed the world and how the world of music is changing, Tacatantán seeks out the points of connectivity, like stardust, to produce and celebrate fundamental indigenous ancestry.

Abe and Abdias reflect on the early music that started with their upbringing and the traditional music from Puerto Rico and the Caribbean. Recognizing the genetic sound chains that linked to African rhythms, the two agree on respect for the drum heart-beat from Africa that was once home to all the family. Like the rue in cooking, Abdias feels nourished from the African influence in his percussion, daring these days to explore all the morphed shapes seen in global folk sounds.

Check out more cuts from the Tacatantán family and keep up with them via their twitter, soundcloud, and tumblr.