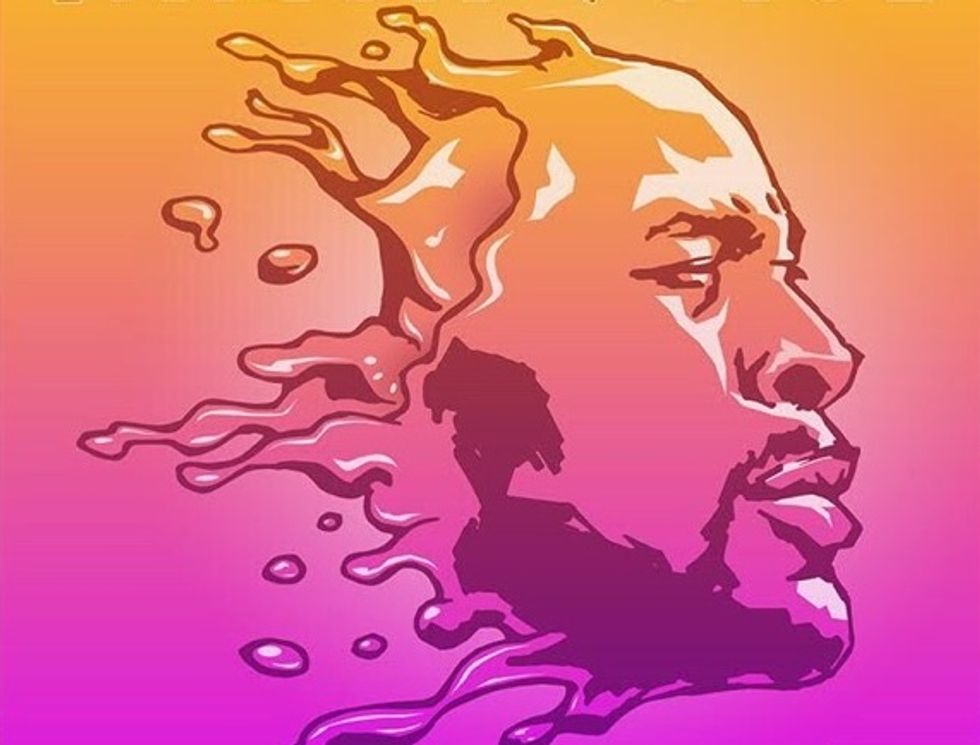 We talk with the Liberian-born Tamba Hali about his Masterkraft-produced EP and new record label.

Tamba Haliwas the best thing to happen to the Kansas City Chiefs, and vice versa. After 12 fulfilling years as the football team's outside linebacker, the 35-year-old NFL veteran has retired his helmet, but not without a bang. Tamba is now ready to put his all his time and focus on his other passion in life: music.

This doesn't come as too much of a surprise, as Tamba has always rapped and produced on the side throughout his tenure in the NFL. Last year, he put out a record called "Chief," which went on to serve as the Kansas City Chiefs' anthem. With the help of star producer MasterKraft, who flew in from Nigeria, the track was completed in just three days.

Hali's musical journey began as a young child, learning how to play the bongos and drums at a local church in his hometown of Liberia. It wasn't until he came to the States in the early '90s that he learned this concept of "rhyming and rapping." Fast forward to 2018 and Tamba is ready, more than ever, to take his record label, Relumae Records, to the next level.

For those who might not know, who is Tamba Hali?

Tamba Hali is a former football player, played for the Kansas City Chiefs for 12 years, and immigrant from Liberia. I migrated to the country in 1994. And a musician.

Talk about your Liberian background. Who were your biggest influences growing up?

I'm Liberian. I worked with a Nigerian producer My influence growing up in music was based solely on hip-hop when I got to the country in 1994. Around that time was the era of Biggie and Tupac, that's when it heightened. But when I got there, my brother left some tapes from LL Cool J and Wu-Tang Clan, "Bonita Applebum," those types of vibes. And that's my influence.

How does Liberia play a part in the music you make?

The style of music that I make basically tells you my heritage and where I'm from essentially... my background, based on the fact that I wasn't born here.

Tell us about the moment you first entered the NFL and played football professionally.

I don't want to say it was surreal, but it was more like a dream come true — for most people. But it didn't come to me that way. I just felt like I was doing something I loved doing and enjoyed doing and I was blessed to be in the position to actually play in the National Football League. That was the sentiment when I got drafted.

Having been in the league for 12 years, what's been the biggest takeaway?

I got to play with some of the best players and develop relationships, some of which I feel will be for a lifetime. I was blessed to play for a long time and be smart with my income so that I can live a style of life that I never imagined. Apart from that, mostly friends.

At what point did you decide you wanted to start a music label?

I've always had aspirations of having a label and putting out music. I want to say I took that seriously about eight years ago when I started working with an artist named Gillie The Kid. The relationship developed from there. We put out some music.

What do you look for in a potential artist?

The passion has to be there. I think that's one of the keys in anything—the person has to be passionate about what they're doing. And obviously, they must be at least gifted in it. Everything will come down to the work ethic they have, which will speak for itself with that artist.

How would you describe your own personal sound?

I'm an artist, so I don't want to subject myself to one sound. I feel like I can do any style of music. But my sound is more friendly, if you want to relate it to Caribbean sound. Being that we're from Africa, the style of music we're making is more international.

What's the message you aim to deliver in your music?

Love. I want love to be the theme to the style of music that I do. That's pretty much it.

What's been the most difficult part transitioning from the NFL to music?

I don't think it's been difficult. I think it's been more educating. I've learned more. I don't want to think that was difficult. I enjoy learning. Apart from that, I've always done this off season, I've done music. Now I'm just giving myself the chance to become a musician.

What can you tell us about your upcoming EP Tamba Juice that you plan to drop later this month?

The EP was produced by Masterkraft. I'm not sure if people are familiar with Masterkraft. In my opinion, he's the best producer from Africa.

Yeah. We formed this relationship through my manager, and I was supposed to do a feature. The artist that he works with, his name is Flavour, one of the biggest artists in Africa. Masterkraft and Flavour worked together and they spoke about him coming out, and he came out and worked with me. Since then we've been making African music. To speak about the EP, you have a variety of different African styles of music, and a little afrobeat infused with some 808s. It's a lot of singing. I'm not going to rap on this.

What advice do you have for an aspiring Tamba Hali?

Patience. Always have patience with everything. And be honest with yourself.

Talk about the best encounter you had with a fan.

It varies. Are we talking music or football? [laughs]

Both. I feel you're recognized for both right?

Yeah. I don't know if I can name one right off the top of the head. I've had so many interactions with fans that I don't know if one sticks out the most. Playing this long, you probably remember most of the bad ones. I don't want to speak about good or bad now. I save the best and appreciate anything they want to say, as long as they're paying attention. [laughs]

What artists are you bumping most while training or working out?

I'm not sure if you guys have heard of Gillie The Kid? I'm sure you have. I like a lot of his material that's out right now.

Who's your dream collab?

I won't lie, the biggest collaboration I've ever had was Masterkraft and Gillie The Kid, and I've never dreamed about it. So if people are willing work with the style of music that we're making, I'm open to it. But I'm not one of those artists looking as if I want someone else to make me look good as an artist. I believe in what we're doing and if it's able to reach people who do music, I'm open to it. But I don't wanna say… like my dream would be a person who's dead, which is Michael Jackson. It would never come true.

Is there anything else you want to let OkayAfrica know?

On June 6, the EP will be dropping. I hope everyone listens and supports it.