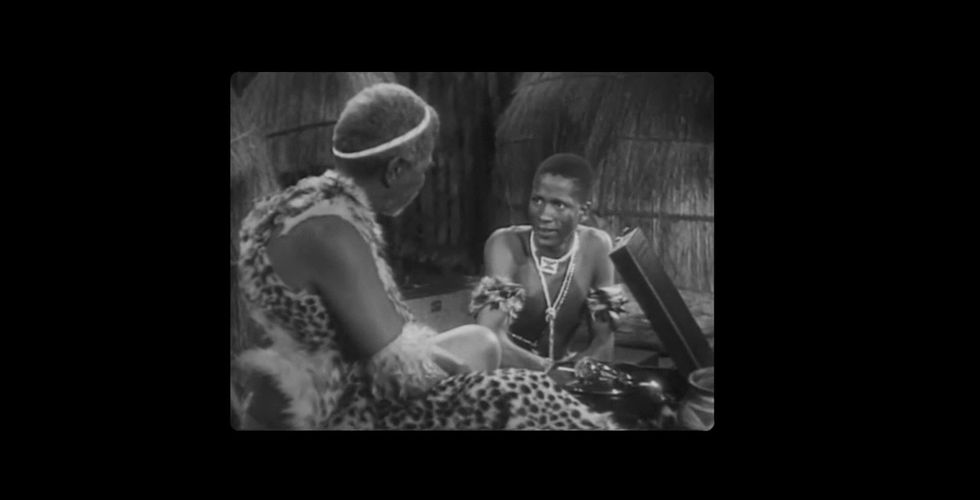 Its video, which is directed and edited by StraitJacket Tailor, compliments this looping. Footage from Apartheid era South African movies and TV shows, are chopped, screwed and unscrambled into an order that give them a new meaning. Some of the footage moves back and forth, just like the music it's playing along to.

Most of these movies, from the 1950s, portrayed black people as coons who were ignorant and only good for entertaining and serving white people. The video is a montage of clips from that era, but playing in a different order to tell a new story, which is open to your own interpretation.

Thabang's father, the legendary Dr. Philip Tabane, who died in May of this year, makes a posthumous appearance in the video. There are some clips of performances incorporated into it.

Watch the music video for "Nyanda Yeni" below and stream the single underneath.