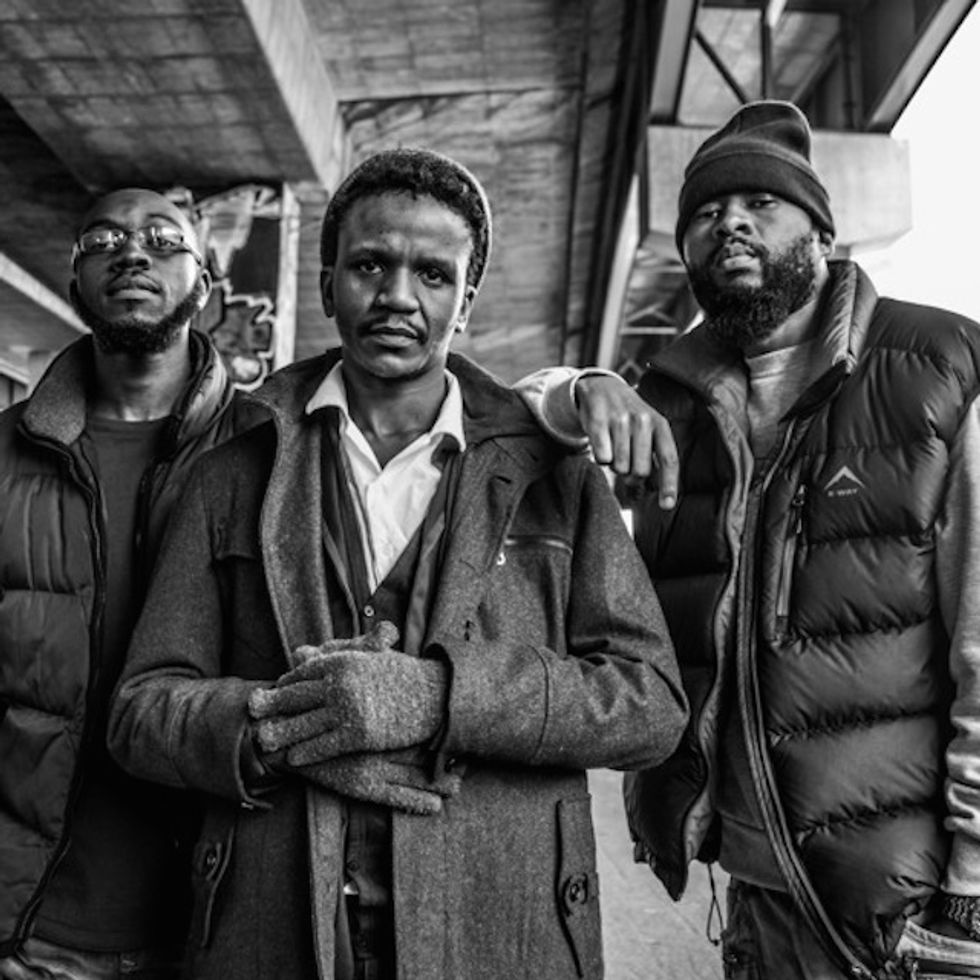 A new single from The Assembly features a never-before-heard verse from the late Brooklyn rapper Sean Price.

More notably, though, the new single features a never-before-heard verse from the late Heltah Skeltah, Boot Camp Clik and Duck Down Records MC Sean Price. How did an underground South African group get a verse from the renowned Brooklyn rapper? We reached out to The Assembly’s manager Nyambo Imenda to tell us.

“Basically, I have had a long standing relationship with Matt Diamond from Coalmine Records in New York,” writes Nyambo. “In December 2014, The Assembly requested I assist them from a management perspective. I listened to their EP, and knowing they were big fans of Sean Price, I reached out to Matt about facilitating a collaboration seeing as he had a big body of work on Coalmine Records. We agreed terms and sometime in May 2015 we received Sean's verse. Given his untimely passing a few months later, we were stuck not knowing what to do with the song. Until we decided as a group to share it with the world.”

Matt Diamond adds, “I remember when Sean sent over the reference and thinking how he really bodied his verse. His unique thought process when it came to constructing his rhymes is imprinted all over this. From the 80s television show references, to lines like, 'you the king of getting lumped up, duke you Don Knotts,' P was a one of one. I’m happy The Assembly had the opportunity to work with Sean, and add to his legendary catalog that spans the world over."

"As young teens, the music of groups such as Black Moon and Heltah Skeltah were shining beacons in terms of interest and influence," writes The Assembly's Lebo Mochudi. "Naturally, Sean resonated with us as he kept popping up throughout all the music, and his continued involvement with the game and ceaseless production of work was as commendable as it was (and still is) inspirational."

"When Nyambo first told us that there was potentially an opportunity to work with Uncle Ruck we didn't hesitate to do everything in our power to make it happen.

"We obsessed over the Music, firstly, while Nyambo handled the logistics behind the scenes, and eventually decided on friend and long-time collaborator, Mananz... a massive Sean fan himself. The music was sent across to Sean while we focused o‎n scripting our bars, a daunting task when you're going to be trading them with a legend and idol!!!"

"After a period of absence and self-imposed exile (an exercise that we learnt was customary with him from time to time), Sean resurfaced and was presented with our proposal and, much to our delight, blessed the track."

"That ‎night of the 28th of April when the verse arrived was one of the most emotional of our entire lives... second only to the related intensity if emotion when Uncle Ruck passed on a few months later."

"As far as the project goes, we had just initiated a cross-continental music video concept with Sean... and his passing froze all movement on the track. This was primarily out of respect for him and his family as the inevitable feeding frenzy ensued around his name."

"Now, however, we feel it is a good time to release the song along with the debut EP from The Assembly. It is fitting that we are giving the project (and song) away for free—as our aim is to celebrate Sean and share this piece of work with the world. End of story."

"We are grateful to Sean's family and associates for having made it possible for us to release the song posthumously."

Hear The Assembly’s “So Gone” featuring Sean Price above.