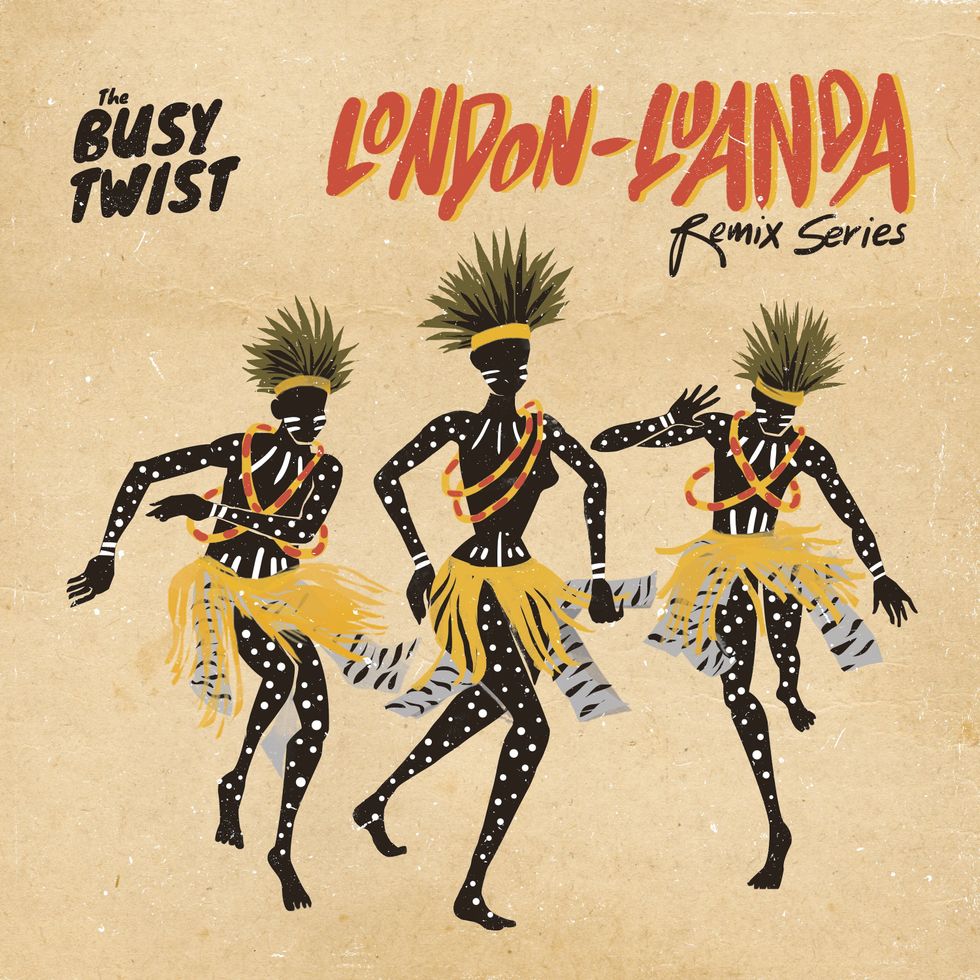 About 10 years ago,Analog Africareleased their initial Angola Soundtrack, a compilation of gems from late '60s and early '70s Luanda. Now, those songs are getting new life courtesy of London-based production duo The Busy Twist.

These psychedelic Angolan guitars and rhythms get revisited in London Luanda Remix Series, a new 4-track release that sees the UK producers digging into the original Analog Africa archives and injecting these throwback sounds with new percussive energy.

"The first time I listened to Angolan folk music was after discovering one of Analog Africa's compilations of '70s Angolan folk," mentions one of the members of The Busy Twist.

"I was immediately hooked by the richness and melancholy feel of the old distorted electric guitars. This was so different to all the kuduro and other music I had known to come from Angola, so I wanted to highlight my perspective of this music and bring out these elements in way that could be played across dance floors but still kept the feeling behind the original songs."

Listen to our premiere below and look out for London-Luanda Remix Series coming out June 3 on Galletas Calientes Records. Pre-order here.