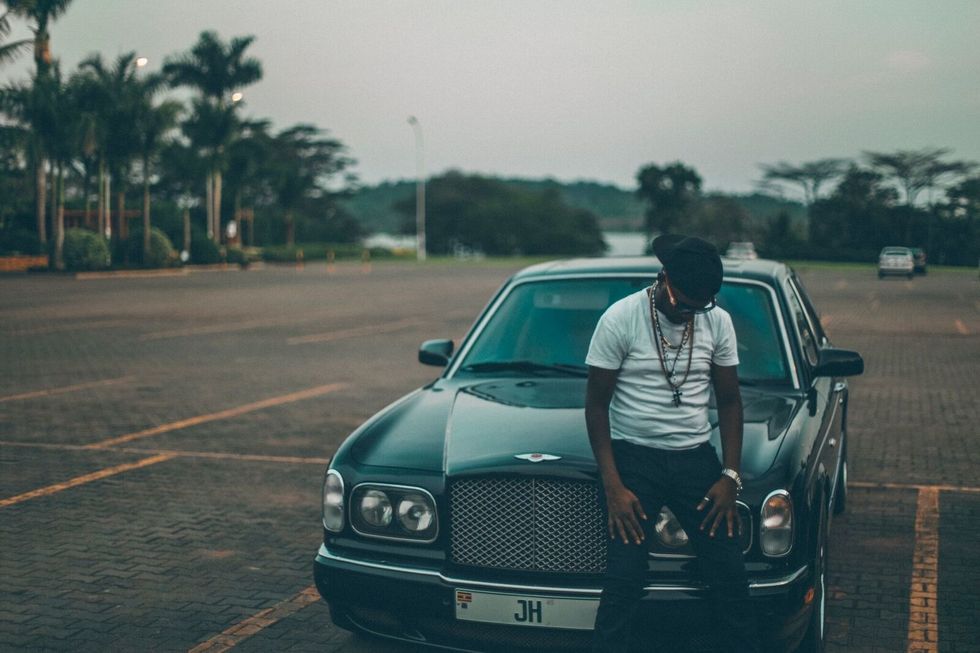 Image courtesy of 'The Confused African'

The Confused African is a new documentary series—from the creators of 2016's The Pearl of Africa—examining Ugandan society through the explorations of two of the country's musicians, artist and TV personality Ken Daniels and rapper Navio.

Directed by Jonny Von Wallström, the documentary-series aims to offer commentary on immigration, corruption and music from a uniquely Ugandan perspective.

"It started out in 1992 when he joined Swahili Nation that was formed in the 90's by Kenyan brothers Muturi," says Ken Daniels. "A couple of years ago, he decided to move back to Uganda because he felt responsible and wanted to be a part of the change that was happening in the country."

"I think that my political view and world view has changed since I left Uganda. There is a difference between Sweden and Uganda in many ways. Good and bad. Sometimes I feel like a confused African, that's where the title comes from."

The artists is more confident now, than ever in Uganda's future. "What I have realized is that Uganda is not what it used to be. Today, Uganda is in a very good place, the infrastructure and the whole society is improving. In 5 years, I think you will see a big difference," he says.

"I feel like many more people are willing to fight for the right to speak up and change things. It was in a different way before. Back in the days, people didn't do that".

The first of eight episode, premiered today on Youtube, you can watch it below and follow the full series here.