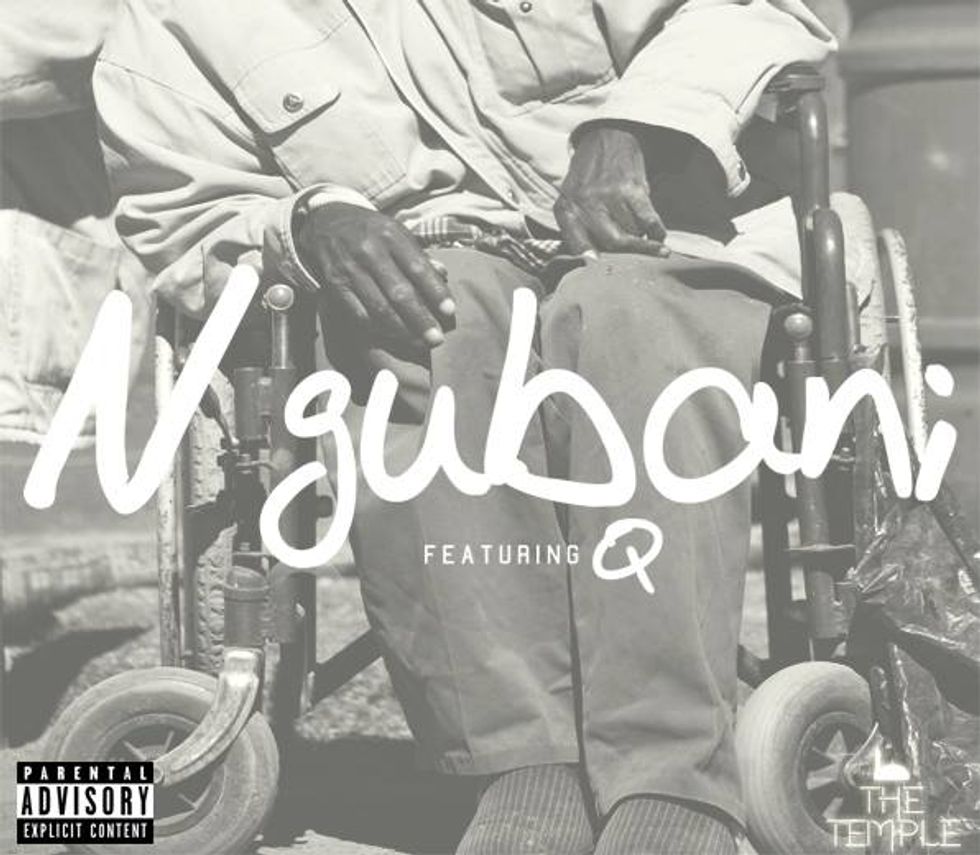 South African Mzansi rap cousins The TeMple return with their most soulful turn yet on 'Ngubani' with Q on vocals and producer zuluprince.

Mzansi rapper cousins The TeMple have been sneakily creeping on our radar this year with a string of slow-ticking burners. The masterminds of a budding creative powerhouse they call the Guru Group, Kenny Mlambo and Jacky Mopedi started out in fashion and photography before expanding into hip-hop in 2013. After introducing their rap outfit in December with the gritty herb nod "NTSANGO," they returned with a slow-hanging powderkeg follow-up on "#STATES," which Okayafrica premiered the video for in June. Though we're still waiting on their debut mixtape Enter The Temple to drop, The TeMple are back this week with their most soulful turn yet with "Ngubani" (which translates to "who" in Xhosa). The cousins' right-hand producer ZuluPrince maintains his signature menacing percussion that we first caught on "#STATES." Though this time around the introduction of pipes from a guest vocalist by the name of Q turns "Ngubani" into a pounding oxymoron of gritty heart-wrenching music sung in English, Xhosa, Sotho and Tswana flow. We asked The TeMple to shed some light on their new song:

Listen and download "Ngubani" below and look out for Enter The Temple to drop later this year. Find out more on The TeMple via twitter and facebook plus stream their previous singles "NTSANGO" and "#STATES."