'They Will Have To Kill Us First: Malian Music In Exile' Is Now Playing In Theaters 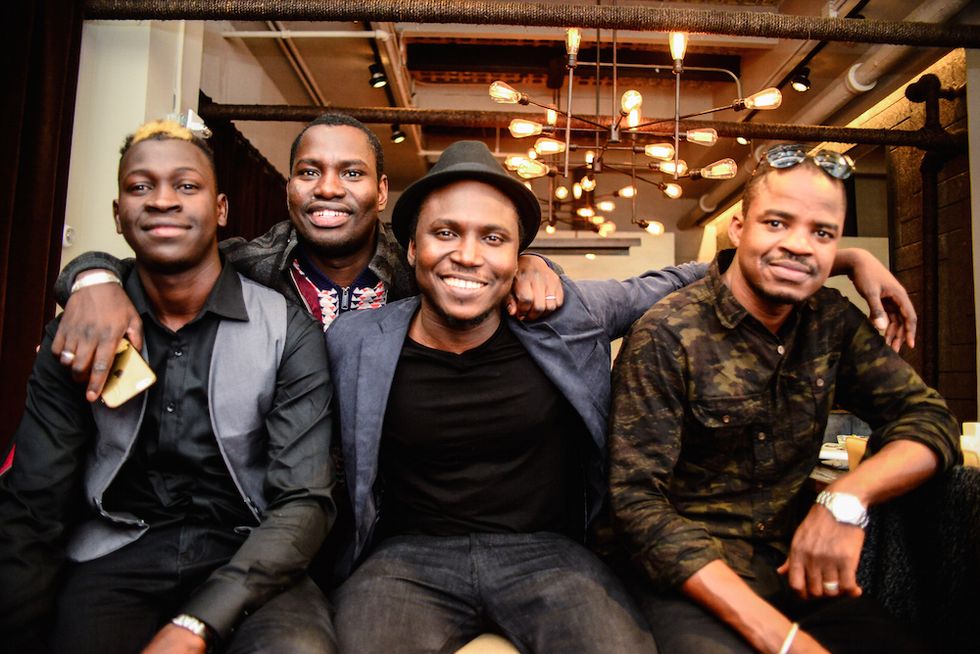 Photos from the U.S. premiere of 'They Will Have To Kill Us First: Malian Music In Exile,' now playing in theaters.

They Will Have To Kill Us First: Malian Music In Exile is in theaters today. Johanna Schwartz’s masterpiece of a documentary follows a group of Malian musicians and their fight to continue their life’s work in the face of Islamic extremists, who in 2012 imposed sharia law over a large swath of northern Mali and with it a ban on music.

The musicians we meet risk their lives to keep Mali’s musical tradition in tact.

There’s the four young men who make up Songhoy Blues, the sensational ‘desert punk and blues’ band that made history last year as the first African band signed to Atlantic Records since 1972.

The beloved “Nightingale of the North” Khaira Arby is a living legend who worked tirelessly to put on the first public concert in her hometown, Timbuktu, since the ban on music.

Fadimata 'Disco' Walet Oumar is a renowned singer who advocates for the Tuareg women of refugee camps in Burkina Faso.

We see the heartwrenching story of Tuareg guitarist Moussa Sidi and his return home from exile.

It’s an absolute honor to say Okayafrica is an executive producer on They Will Have To Kill Us First. Yesterday, we rang in the film’s release on Music Freedom Day with a special screening, Q&A, performance and all-around party at New York City’s NeueHouse. Songhoy Blues brought the house down and were joined on stage by their collaborator, Yeah Yeah Yeahs' Nick Zinner, who did the film's original score. Malik Yoba, Julian Casablancas and Kim Cattrall were also in attendance.

Check out photos from the film's U.S. premiere in the gallery above.

'They Will Have To Kill Us First: Malian Music In Exile,' released by BBC Worldwide North America, is now playing at Village East Cinema in New York City. Tickets can be purchased here.