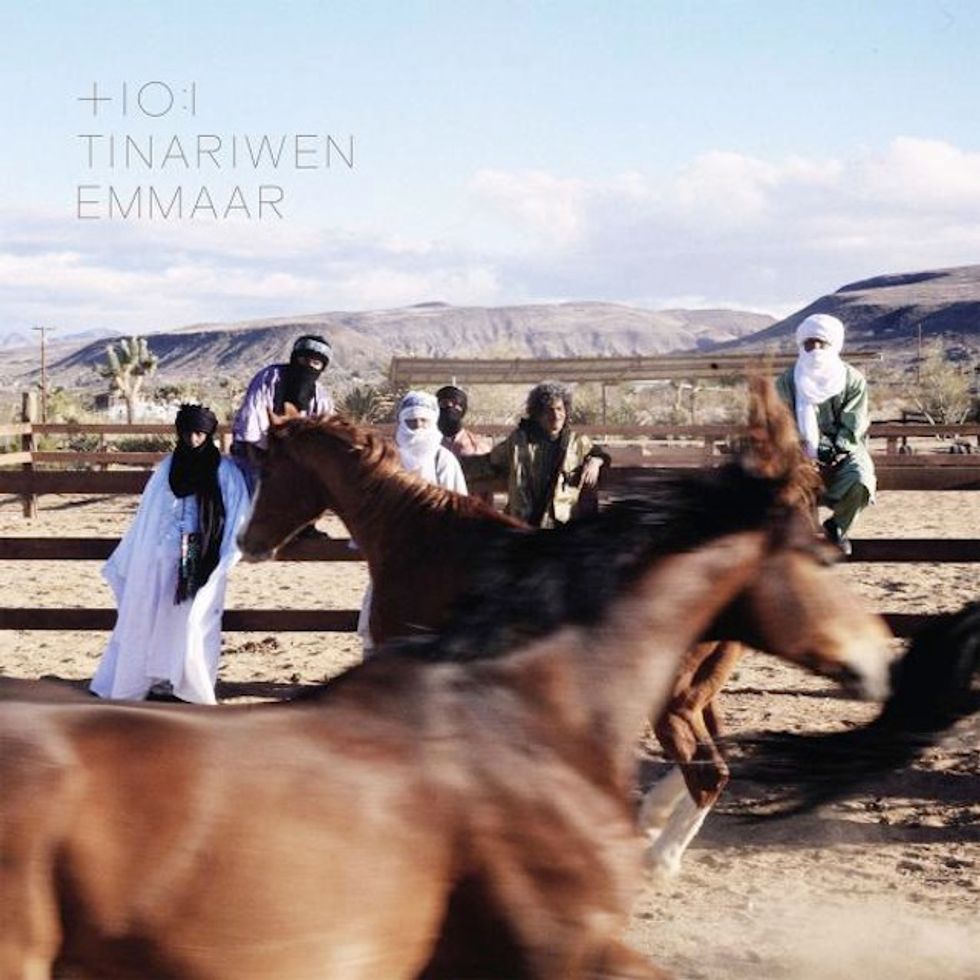 Desert blues maestros Tinariwen return with the ride along video for "Toumast Tincha," off their upcoming album.

Tuareg desert blues maestros Tinariwen recently announced Emmaar, the follow-up to one of our top albums of 2011. The group traveled to the distant but familiar environment of California's Joshua Tree National Park to record the new album, a choice made to avoid the turmoil in their home of northern Mali. The music video for lead single "Toumast Tincha (The People Have Been Sold Out" follows a desert car ride, while the song's lyrics ponder Mali's troubles "The ideals of the people have been sold cheap, my friends/A peace imposed by force is bound to fail/ And gives way to hatred.” Emmar LP is due February 11 via Anti-.