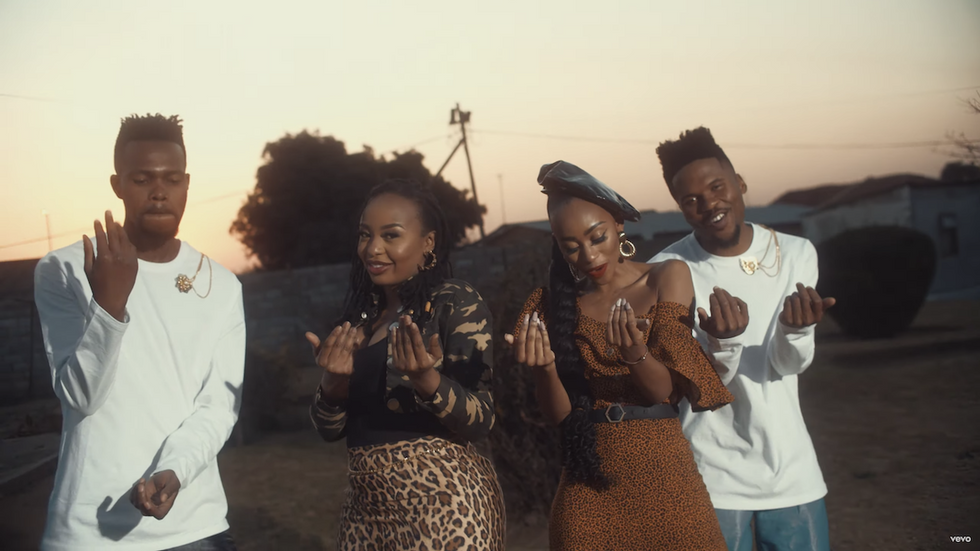 TLT and Thabsie share the music video for their collaborative single.

TLT and Thabsie's heartwarming love song tells the story of a couple that finds themselves apart because of life's commitments. "MaiZuzu" is highly inspired by Afro pop, and carries on a long streak of hip-hop artists in SA making music that references the country's vast music heritage. The song is produced by Gobi Beast, who's worked closely with artists signed under Rap Lyf, the same label to which TLT is signed.

The music video tells a story of a man who seems to suffer from amnesia—he forgets who his partner is. But, unlike, many similar stories that you've seen in many romcoms, he ends up remembering her, and a jubilant celebration follows. The storytelling on the video is expected, as the visuals are directed by Ofentse Mwase, whose music videos always tell a story.

TLT is a hip-hop duo from Katlehong, consisting of rappers LTech and Troublle. "TLT" is an acronym for "timeless talent." The duo fell on many fans' radar when they appeared on Kwesta's third album DaKAR II (2016) on the hit single "Mmino." They have since released a string of singles and appeared on projects by their affiliates, such as Gobi Beast's No Woman, No Cry and Kid X's Thank Da King.

Watch the music video for "MaiZuzu" below: