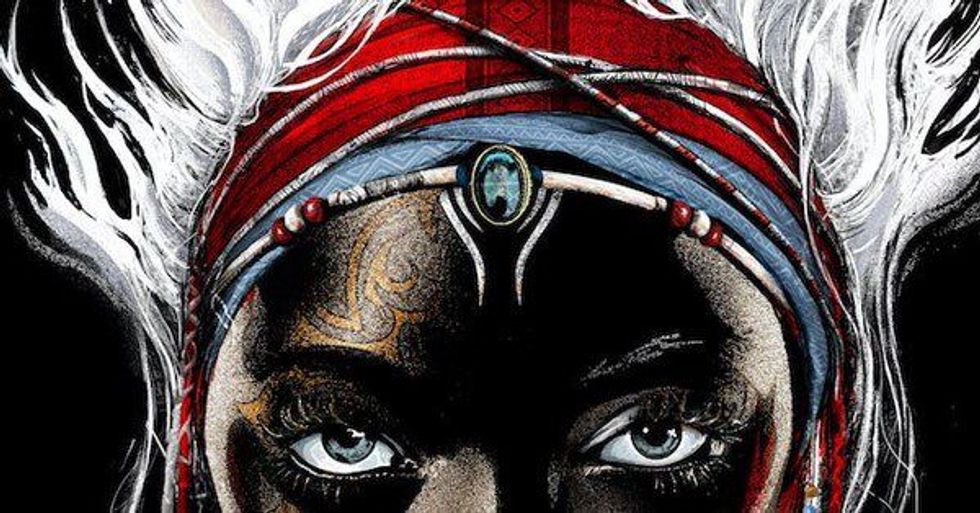 Tomi Adeyemi shares the cover art for her highly-anticipated debut novel 'Children of Blood and Bone.'

DIASPORA—Back in April, news surfaced that first-time novelist Tomi Adeyemi's upcoming debut, Children of Blood and Bone had been picked up by Fox 2000 for a film adaptation.

Today, the writer has shared the highly-anticipated book's cover with Teen Vogue, as well as details about the upcoming fantasy novel.

The 23-year-old writer tells Teen Vogue that she wanted to cover to illustrate the "power, beauty and blackness" of the book's central character, Zélie. The artwork is by children's book illustrator and designer Rich Deas.

The wait is officially over and THE #ChildrenofBloodandBone COVER IS FINALLY HEREEEEE!!!

Children of Blood and Bone, which is the first installment in what is to become a trilogy, tells the story of 17-year-old Zélie who is on a mission to bring magic back to her hometown, Orïsha. The book follows Zélie as she battles a ruler who intends to eradicate magic for good.

"We live in a time where men, women, and children of color are being dehumanized and oppressed and unjustly murdered," says Adeyemi. "Though my book is an epic fantasy, it’s directly tied to all of that pain. There is so much we need to do to rectify these wrongs, and I strongly believe art and education is a big part of that effort. Getting different people to see the 'other' as human beings is greatly needed, and art and education is an incredible way to do that."

Children of Blood and Bone drops on March 6, 2018, you can preorder it now.