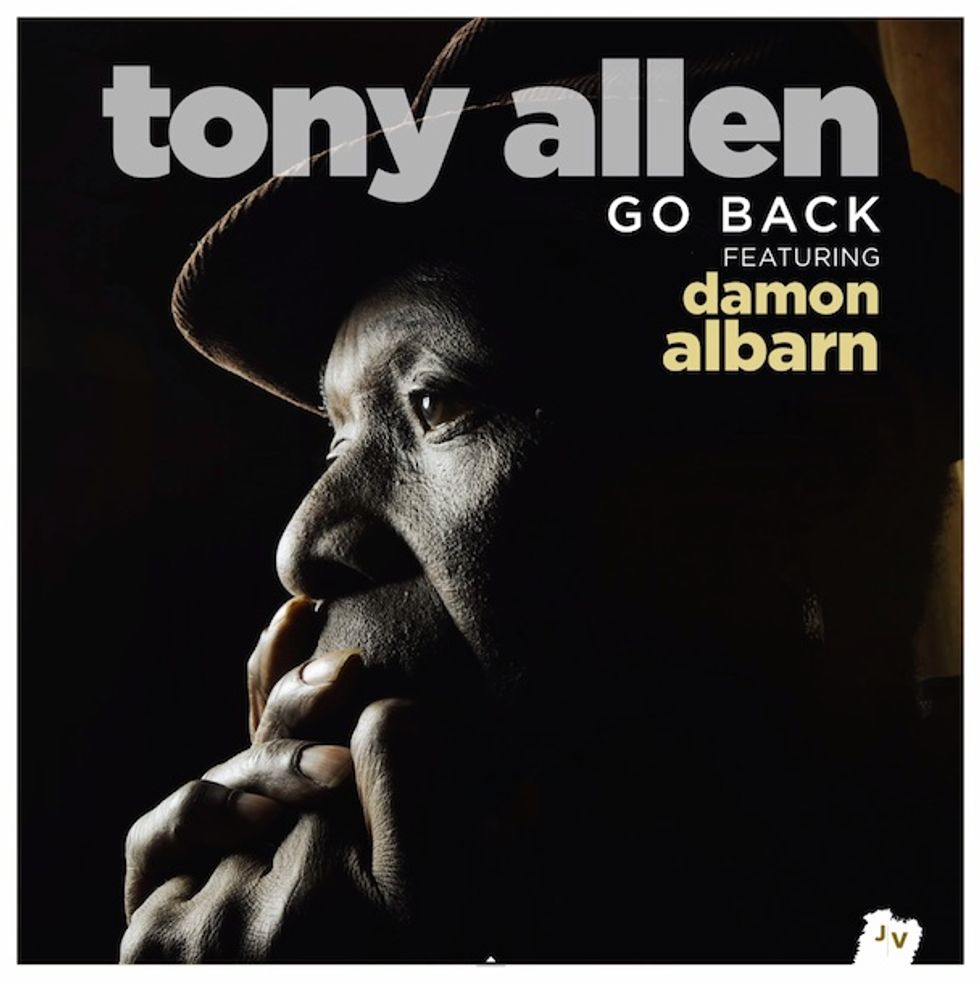 'Go Back,' the first single off Tony Allen's forthcoming 'Film Of Life' LP, features Damon Albarn on vocals and keys.

Father of afrobeat percussion Tony Allen has a new solo album due out later this year (his first since 2009's Secret Agent). The first single off Film Of Life reunites Allen with frequent collaborator Damon Albarn on the supremely meditative horn-flanked ballad "Go Back." Besides featuring on vocals and keys, Albarn is credited as co-writing the song, which, according to a description from Allen's youtube channel, is an "homage to the African refugees who ended up on the Italian island of Lampedusa." The legendary Africa 70 drummer and Albarn first linked up back in 2002 on "Every Season" off Allen's Homecooking LP (though Allen/Albarn history even dates as far back to 2000 when the Blur frontman famously shouted out the afrobeat pioneer on "Music Is My Radar"). The pair later joined forces in supergroups The Good, The Bad, & The Queen and Rocket Juice & The Moon (along with Flea), as well as Albarn's Africa Express project. Listen to their latest collaboration "Go Back" and peep a 30-second teaser for Allen's forthcoming LP below. Film Of Life is due out in October via Jazz Village.