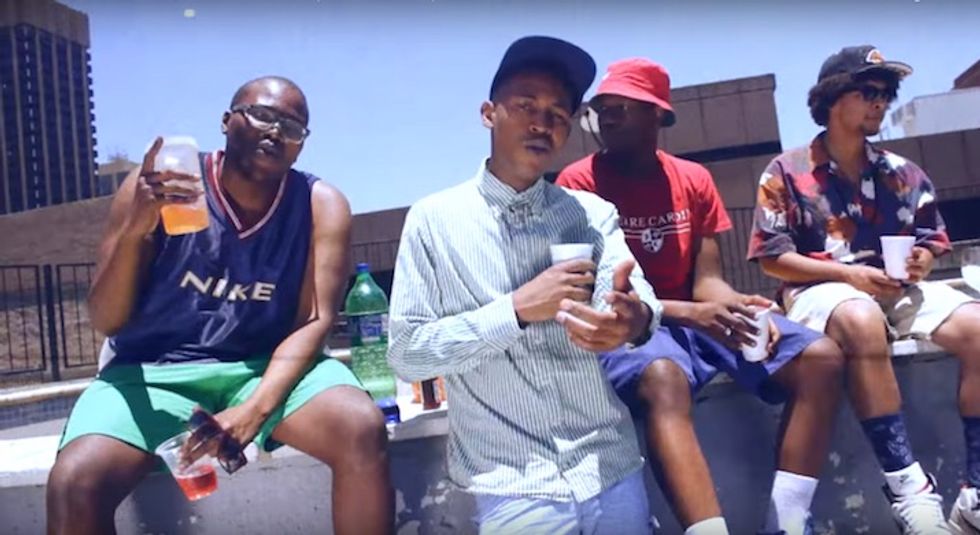 South African rapper Tony Dangler and his crew are having a blast drinking soda, sipping syrup, and rolling joints on a rooftop in the music video for “Pates Revenge.”

The laidback track follows the 90s revival rap style that Dangler and his Johannesburg-based Revivolution clique have been pushing for a few years now—fellow Revivolution member Tommy Illspreviously described their crew as “the last hope of boom bap in Johannesburg.”

The single comes from Dangler and Canadian producer Sam Static’s collaborative The Tone Static EP, which is described by the artists as “some jazzy instrumentals and old new raps to throw you back to that era of music you been missing for years.”