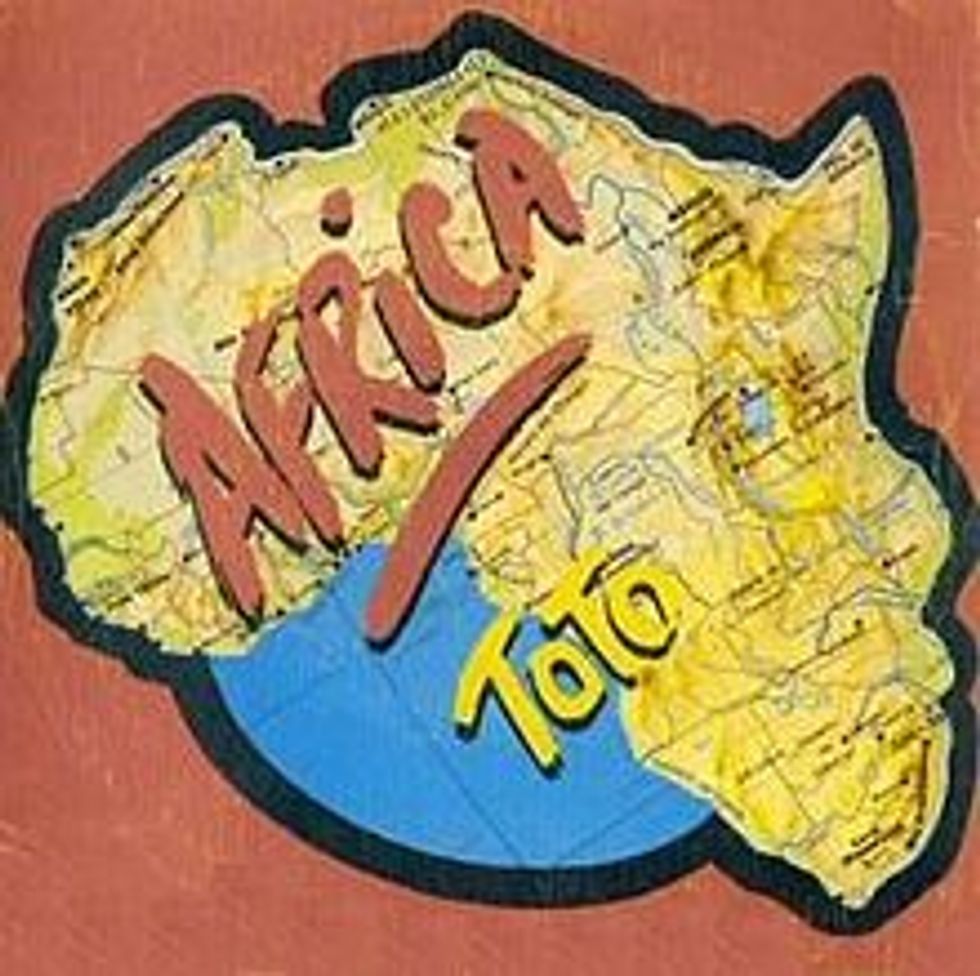 Toto's smash hit "Africa" is epic . Off the 1982 album Toto IV, it reached number one on the Billboard Hot 100 chart, and has been played ad nauseam at bar mitzvahs, weddings, and dance parties everywhere. Despite the obvious cheese, we love it.

According to Toto's (1999-era) website, the song came about when David Paich, the keyboradist, watched a documentary about the "death and suffering" of the people of Africa.  He wrote: "it both moved and appalled me and the pictures just wouldn't leave my head. I tried to imagine how I'd feel about if I was there and what I'd do." Drummer Jeff Porcaro elaborates; according to him, the song is about "a white boy is trying to write a song on Africa, but since he's never been there, he can only tell what he's seen on TV or remembers in the past." (For a more detailed desciption of how the song was developed, you can check the website.)

Remixes and covers abound; the song is immortal. In this recurring feature, we bring you the best (and sometimes worst) of the perhaps most celebrated pop sing about the Continent. This week's episode is brought to you care of The Onion's AV ClubUNDERCOVER 2011 series in which today's (mostly indie) bands are challenged to cover one of 25 songs - in this installment the Minnestoan indie rock band Low covers Africa.

After the jump, the phenomenal original video.