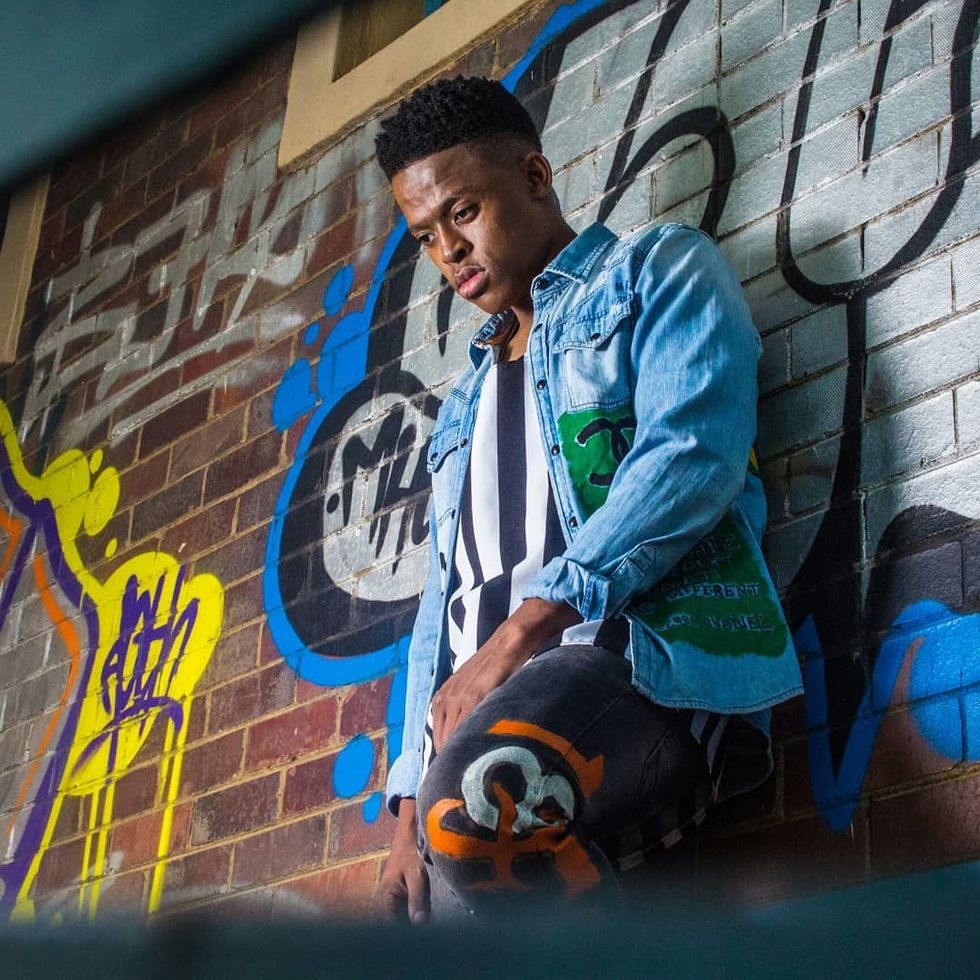 Touchline won The People's Choice Award at the Verse of the Year Awards hosted by Slikour On Life and Stogie T last week. This is a result of the major buzz he has managed to create with aggressive punchline-heavy raps. From his 2018 EP/mixtape 18 Flow, comes the MC's latest video single "Award Shows."

In the song, the MC flexes his skills while questioning the ways of the game, especially how awards are given. He raps:

"If I'm not on their TV screens, am I not a star?/ Why don't we get awards for saving souls with our art?/ What about the PDotOs, the ones that rap from the heart?"

The song's video is tongue-in-cheek, showing the MC buying awards from a shop and later getting kicked off someone's lawn after shooting a scene of his video.

Touchline is a lyrical genius, and is off to a great start. As he says, he's "That Tupac mixed with 2 Pros and Double H/ Then you dash it with two shots of Nas and Jay/ Double cup of Biggie Smalls and Dr. Dre/ Pop a bottle of Eminem, I'm drunk again."

This will sure be an interesting year for SA hip-hop once again.

Watch the music video below, and listen to 18 Flow underneath or download it here.