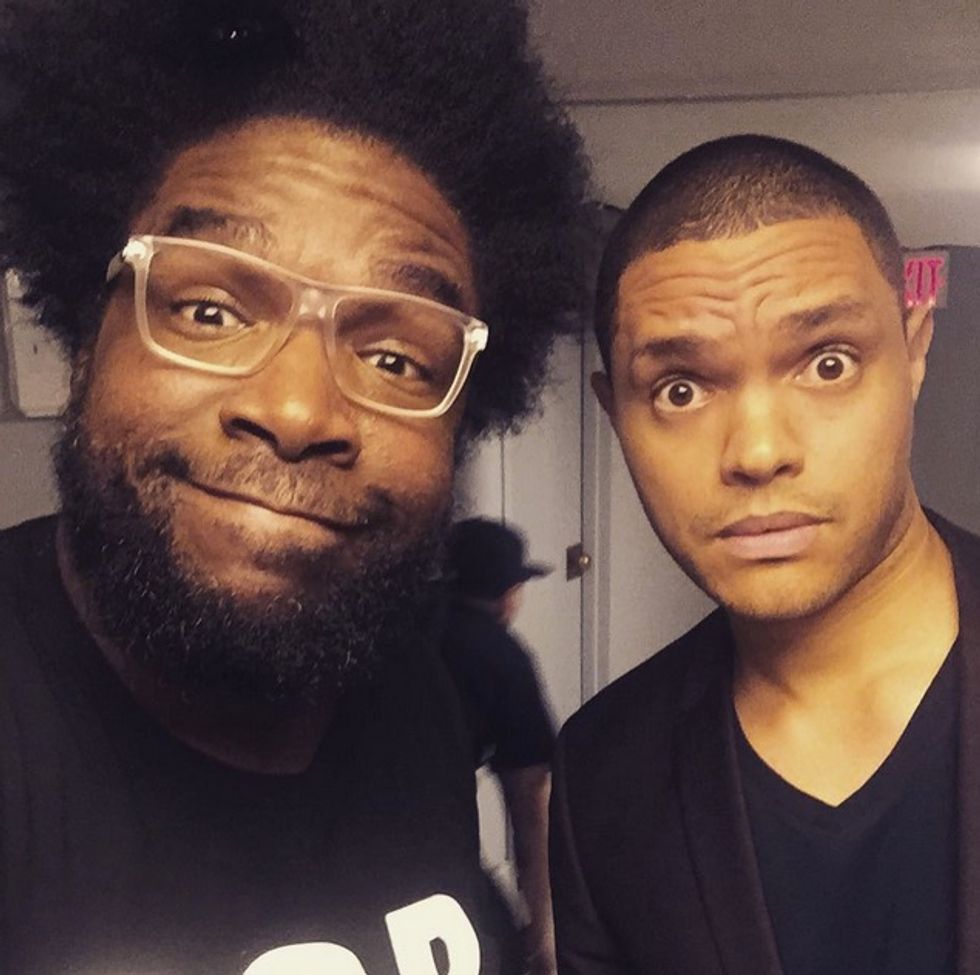 'The Tonight Show' guest Trevor Noah speaks to Jimmy Fallon about the state of South Africa's stand-up comedy scene when he was growing up.

Trevor Noah appeared on The Tonight Show Friday night, where the South African comedian spoke to Jimmy Fallon about a range of topics, including Jon Stewart and The Daily Show, New York City's sirens, U.S. politics, the state of comedy in pre-democracy South Africa and Noah's start in stand-up.

Was there a big stand-up scene in South Africa when Noah was growing up, Fallon asked. "No, because there wasn't a big 'freedom scene.' It sort of limits you," the 31-year-old comedian said. "There was no stand-up scene. There were a few guys here and there who would speak up. But if you were gathered in a group, especially if it was black people, you go to jail because obviously you were planning something. They didn't think black people just hang out; they [think they're] here for a reason. There was no stand-up scene, there was no one speaking out. You couldn't say anything about the government. You'd go to jail. It sort of limits your need or want to be a comedian when you're gonna go to jail. If you told me I was going to go to jail I'd stop doing comedy."

Fallon then wondered how Noah got into stand-up, which the comedian explained involved a night out with his drunk cousin and friends.

The pair also spoke about the upcoming presidential election in the U.S. "This is insane. I've never seen anything like it," Noah said. "Sometimes it looks like a fighting game and it's all the characters you can choose. It's like who do you select?... I feel like it's Game of Thrones. We need a map to show you who goes where and how." He added, "We just got democracy, so this is like I've gone into the future. I want to go home and tell people, 'you don't know what's coming! It gets crazy!'"

Trevor Noah's "new and sexy Daily Show" is slated to premiere on Comedy Central on September 28th in the U.S. and September 29th in Africa.

Catch me on The Tonight Show with @jimmyfallon. @questlove even got The Roots to play my Escalator song. #Legend #LookMomImOnTv #ImTheGuyOnTheRight #NoYouCantTouchHisHair