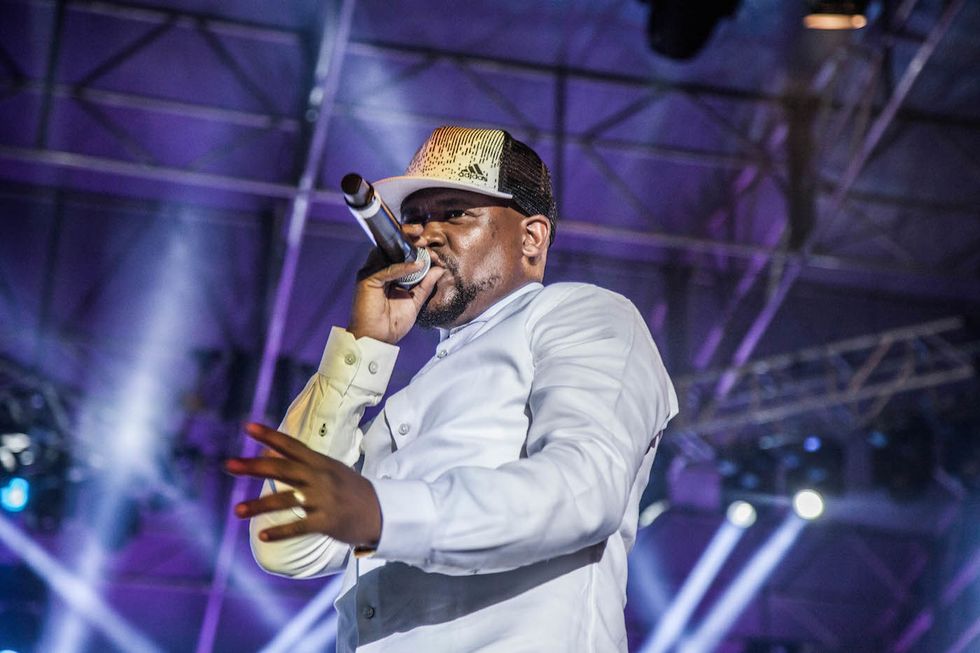 Great, but it still doesn't explain why this is only happening now.

During the rapper Pro's funeral on Sunday, it was announced that TS Records handed the masters of the albums Pro released under the label over to his family. This means the late rapper's family owns all the rights to the albums. TS Records, which is co-owned by DJ Sbu and TK Nciza, released Pro's third and fourth albums Dankie San (2008) and Snakes & Ladders (2011).

While a lot of fans agreed that handing the masters of the albums to his family was a great gesture, a lot of us questioned why it had to be only done after his death. DJ Sbu recently told TshisaLIVE that him handing over the masters was ubuntu.

"More than anything Pro was like a younger brother to me," he was quoted by the website as saying, "Even though I hadn't seen him face to face in a while, we still communicated a lot over the phone. We had a great relationship. Even when he moved on to start his own company and I went on to start Mofaya, we still had a great relationship. From the time that we've spent together, especially when we were working together, Pro was a wonderful human being. I only have nice things to say about him. So, I feel like this is the best thing I can do for him, for his family because his music is his children's legacy."

When asked why the label only handed the masters over now, his answer wasn't so clear. The website quoted him saying:

"The old way of doing things (in the industry is changing). For me (this move) is a game-changing move because it has never been done before. Once you and I enter into a contract, the standard practice in any business is that if I die while we are in that contract, the contract still stands."

Which still doesn't necessarily answer the question as to why he is only doing that now. He could have done it while the rapper was still alive, and it could have still been a "game-changing move."

the same Pro albums were also not available on any streaming sites and online stores until about a week after his passing. This, after fans had been asking why the hip-hop legend's albums weren't online while he was still alive. A lot doesn't add up here.

Pro is succeeded by his wife, Ayanda; his daughter, Nonkanyezi; his mother, Fikile; and his father, Zwelakhe Kheswa.

A tribute concert for Pro will be hosted at Zone 6 Venue, in Diepkloof, Soweto. On the line-up is the cream of the crop of South African hip-hop—the likes of AKA, Cassper Nyovest, Nadia Nakai, Stogie T, Amu, Solo, and a whole lot more will perform during the show, and all proceeds will go towards Pro's daughter's trust fund.

Listen to a 2005 Rap Battle Between Pro and Kaydo