Sounds For Solidarity: Music And The Protests In Turkey 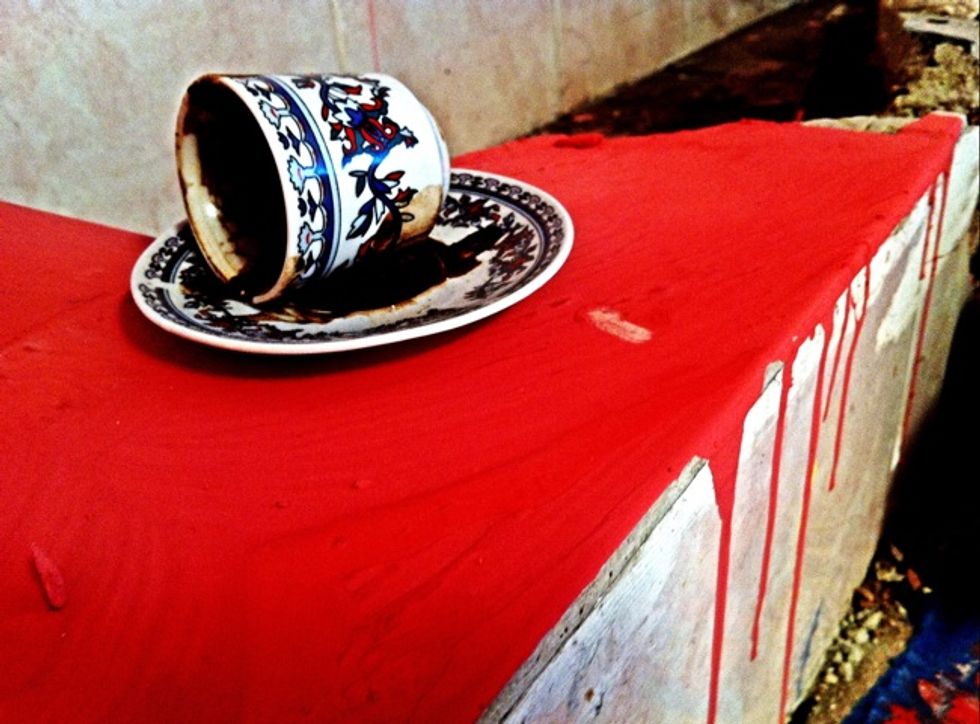 African protest music in the 2013 protests in Turkey.

There are times when music is a sonic celebration, a sensory exploration that communicates a feeling, invokes a place, describes a person. There are times a song is crafted to memorialize and commemorate life events; birth, marriage, and death with each breath, each beat in between. Sometimes music is salvation, a place where sounds becomes the structure for the rhetoric of a social uprising.

Over the last few weeks, the streets of Istanbul have demonstrated an age old and evermore struggle between people and government, illustrating for the world still images of a fight for peace. The protests to maintain Gezi Park green has set off possibly the biggest civil uprising in Turkey's history. Over 60 cities throughout the country joined the movement and are holding sister occupation protests. Through the veils of reporting and approved news broadcasts, we, the outsiders, witness a familiar and fresh struggle.

*Photo by Laura Domrose. The graffiti behind the man playing music shows an ape with Erdoğan's face. On the right side is written "The police are murderers."

Reaching to find the footing of solidarity, we as the outsiders, can listen. Though we stand on different soils, we can relate through sound. Synchronizing the drop of a needle can gather us in to a lyrical den, to the honesty of music. Okayafrica asked some friends in Istanbul to share with us what is happening and what it sounds like. Hit play and join us in uncovering these Sounds for Solidarity.

Emek Tulus from Zoltan's Strange Boutique & Record Store has had Coltrane's album in heavy rotation. As we listen to the saturated nuances of a jazz legend relaying his story of spiritual salvation and exultation, we recognize that this as a devotion album with a clear message: courage in the heart is bred through devotion. The four-part masterpiece traces the chaos in the streets, here is what we heard:

Rattling cymbal sweeps the corners, dropping a the stories across the keys.

A heart-song sets free the other notes to dance.

We are still outside and moving in.

With a trilling cry, the chaos begins.

Notes pave a path for the chant.

Exchange in a shared context, individuals in solidarity.

In the journey, a collage of stories,

Confidence, declarations, echoed and trailed, notes escape to tell us this story,

Soothing balm of a rolling reality,

It is being written now.

Once the struggle subsides, we will be left with a psalm to cherish and reflect the values we have learned and will never forget.

Rocking gently in the beauty of sound, this is the freedom we can only reach through sound, true embodiment of emotions without attachment.

Pharoah Sanders with the Last Poets, "This Is Madness"

This is another selection from Emek. The track provides therapy, the space to listen to the madness, to vent, to call it out, to give a voice to the realities. Though it hurts, we hear it, “…and the moon is bleeding… and this is madness.”

Our third Sound for Solidarity comes from Tayfun Aras, co-owner of Deform Muzik with his single statement to reflect on, “we are under police attack right now, it’s simply a massacre unfortunately.” Bagcan is an iconic woman who has gone to jail three times for her politically infused traditional Turkish folk music. Yasiin Bey (formerly Mos Def) sampled Bagcan on his "Supermagic" track off Ecstatic.

The Guardian UK recently quoted a Gezi Park protestor as saying “All we are after is a bit of freedom, a bit of space to live and a few trees.” This statement reminded the writer of the Hendrix line “I’m the one that has to die when it’s time for me to die, so let me live my life the way I want to.”

Last month OKA caught up with Turkish jazz visionary Okay Temiz to discuss the African influence on his career and jazz. Rather than recommending a track, Temiz made one of his own. Watch as he leads a percussive call and response through Turkey's streets.