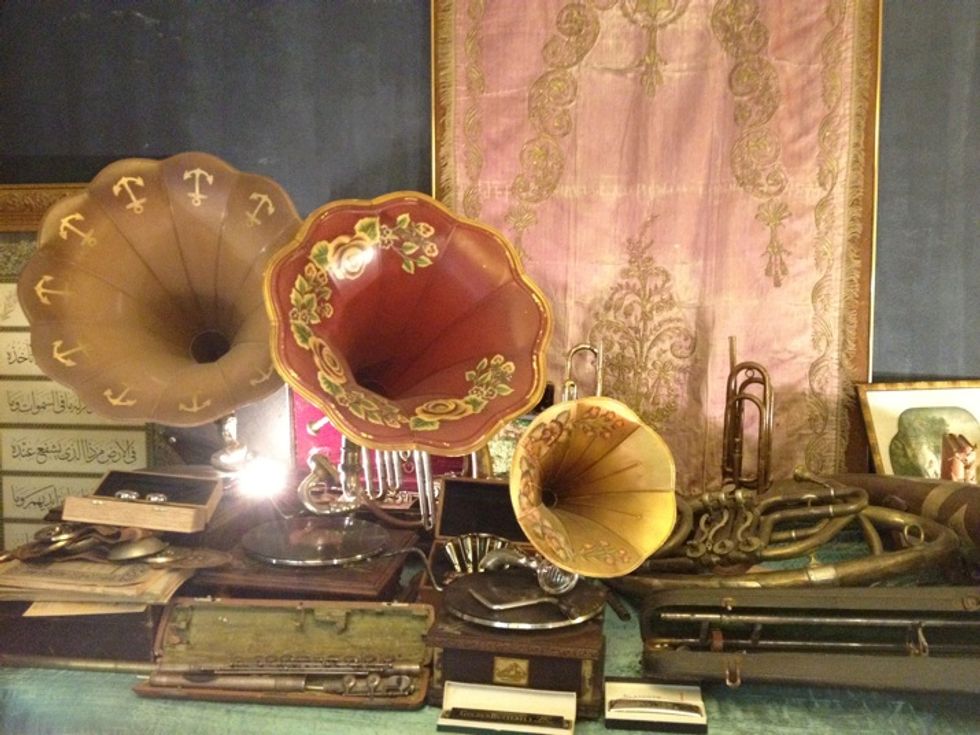 We explore the African influence on Turkish music and go record digging in Istanbul.

Istanbul is a city that has been primed over hundreds of years to be a global selector of sound. The city once called ‘alem penah,’ or refuge of the universe, has been the host to world travelers arriving ready to hustle in the marketplace of civilization. Along with silks and spices, these nomads were ambassadors of their culture, carrying their precious gems of sound. From the private drawing rooms of the Ottoman Empire to blue smoked filled jazz clubs of the 70’s, the Turkish ear has been trained to be the Sultan of sound selection.

The refined Turkish ear has had a hand in mainstreaming soul and R&B into pop music in the west. Artists in the 50s era had incredible talent and perseverance; however, the riddle in the music industry is that it's not based only on talent. It's the scout, the scoop, and the serve that can make backyard bebop “successful.” The ears of one of the most influential labels in American history, Atlantic Records, belonged to brothers Ahmet and Nesuhi Ertegün, sons to the first Turkish ambassador to the US. The Ertegün brothers’ love of music literally opened doors for jazz, soul and R&B musicians, turning the Turkish Embassy into a weekly jam session station.

Although these brothers were raised abroad, they were born from the lineage of sound aficionados in Turkish bloodlines. The Turkish preference for the voice of the Spanish and Arabic clarinet along with the love of ‘taksims,’ or instrumental improvisations, paved the way, among other things, for a genuine and seasoned appreciation of jazz music. Although not many people suspect a direct line to Africa on the map of evolution of jazz in Turkey, one of the top jazz clubs in 1970s Istanbul, located in the Galata Kulesi, was run by the legendary South African Johnny Dyani and Turkish Okay Temiz, a percussionist specializing in African instruments.

Okayafrica caught up with Okay Temiz to talk about the African influence on jazz and his incredible music career, which includes playing with the top cats of jazz and carving and engineering his own instruments. Among his many accomplishments, he composed the music for Turkish National Television in the late 70s, the only legal public channel at the time. Okay Temiz is a visionary, a man who has mastered the language of jazz, and translated the power of music for those in need. Thanks to support from the Swedish government, he developed workshops to share his knowledge with youth, promote corporate teamwork through rhythm and used sound to help heal children with special needs and victims of earthquakes. Temiz has created an atelier of sound for Istanbul, hosting legendary musicians to keep jazz alive and well fed by hosting workshops and concerts with visiting artists such as Mamady Keita, master drummer from Guinea, Adama Dramé, Djembé player from Burkina-Faso, Yamar Thiam, Senegalese drummer, and the legend N’Diaye Rose, Senegalese master of sabar drum, in his late eighties who has played with Josephine Baker and Miles Davis.

“Africa is a big part of my life,” considered Okay as he reflected on the most significant and influential times in his career: his days in Stockholm. Although he may have been living in a northern European city, through sound, Okay was in Africa. His days were filled with meeting, jamming and living with the top African and African American musicians of the time including South African pianist Chris McGregor and American born trumpeter Don Cherry. Temiz became known in the jazz circuits for his ability to play music in time signatures that most people could not even count in and ended up on tour with the Don Cherry Trio where he met Johnny Dyani.

Temiz and Dyani played together in their jazz club in Istanbul and produced an epic album in 1976, Witchdoctor’s Son featuring Saffet Gundeger on clarinet. The album reflects the funk and psychedelic tones of the times as well as the prominent African and eastern influences. Temiz and Dyani later recorded Music for Xaba with Mongezi Feza on trumpet, the first record in the Keith Knox Universal Folk Series based on the philosophy that “there is fundamentally but one music.” Dyani and Mongezi Feza were both from the Xhosa tribe along with fellow musician Miriam Makeba, and had been band mates in The Blue Notes, credited for transforming the early British jazz scene and breaking down race barriers. The trio also produced an album by Cadillac records called Rejoice. Sonic delicacies, prepared by these jazz legends and others, are still available in the streets of Istanbul. Between calls to prayer, hustlers chants, and jazz clouds that billow underground, world music is being expertly curated by top-shelf record shops.