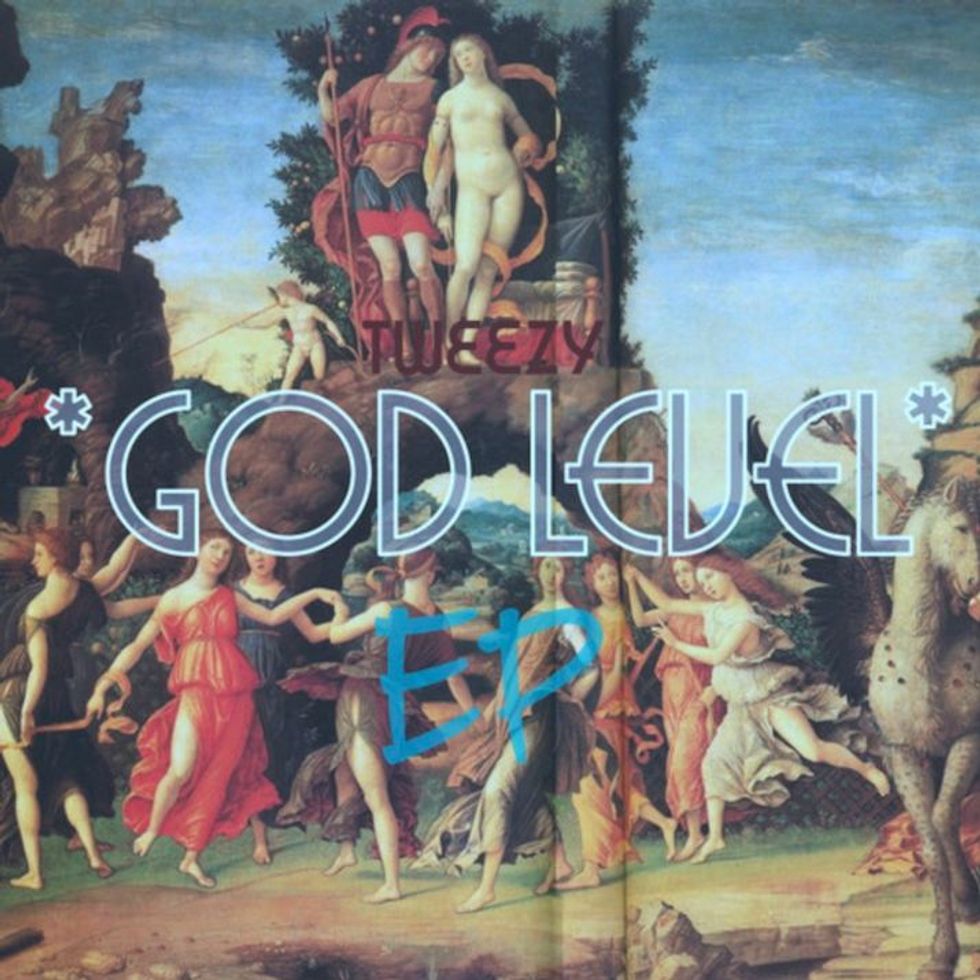 Born in Durban and bred in Jabulani, Soweto, South African hip hop producerTweezy (aka Tumelo Mathebula) describes himself as “a new boy tryna make it” on the intro of his God Level EP. Out last month, the instrumental project showcases Tweezy’s versatility as an artist in his own right. AKA’s “Run Jozi,” “All Eyes on Me,” “Sim Dope” and E-Jay’s “Hosh”– to name a few songs that bear his credit– reveal an avid hitmaker. But on his recent solo beatmaking effort, Tweezy introduces listeners to his “other” side– introspection-inspiring keys, ambient basslines, and organic boom bap rhythms. It’s an audio buffet with a plate for every type of ear to feast on. We asked the young beatmaker about his music and the artists he’s worked with. Stream God Level below and scroll on for the full Q&A.

Sabelo for Okayafrica: When did you start producing?

Tweezy: I started producing in 2008 when I was first introduced to Fruity Loops Studio as a form of hobby and entertainment in my high school days. I started pursuing it as a career in 2010.

OKA: When did you first meet AKA? And how did you get to work with him?

Tweezy: I called him up after getting his number from a mutual source around July 2013. He asked me to show up at Khustic Media the next day with some beats to play for him. My beats got rejected that day but I was in denial. I kept producing beats and pitching them to him until he eventually picked the “Run Jozi (Godly)” beat around September 2013. Then after picking the “Sim Dope” beat in late March 2014, he trusted my sound for his album and the rest was written.

OKA: Who else are you looking to work with?

Tweezy: The rest of SA's top rappers. I was actually fighting to work on K.O's Skhanda Republic dropping this October but my pitch was made just right after he wrapped up the album. He is the one person I really wanna work with. I also have Khuli Chana, JR, Pro, Maggz, Kid X, Reason, Kwesta, HHP, and Tumi on my hitlist. Excuse the "hit" pun. (Laughs)

OKA: What have you learnt from AKA?

Tweezy: I've learnt quite a lot from AKA.

1. One can never impress everybody. Nobody is that perfect.

2. Greatness takes effort, time and dedication. You have to put in the hours to achieve your goals and reap all the rewards.

3. Talent is nothing without hard work.

4. How you see yourself is a major impression to how others see you. If you believe in your capabilities greatly, then everybody else naturally believes in them too.

Tweezy: There isn't one particular style that defines me. My music is a reflection of the kind of a person I am, therefore there is a variety in the types of styles I produce. See, the music I make is interlinked to my personality, so having to choose one style would be limiting the listener from getting to know me, the real me. For instance, when you listen to the bangers, you understand that I am a fun character, whereas when you listen to the empty soulful boom baps, you get to learn about my introvert side. So the more you listen to my music, the more you're getting to know me.

OKA: Most beatmakers put out beattapes to "get their names out there." With the artists you've worked with, you didn't need that all. Why did you feel the need to put out the beattape?

Tweezy: I felt like people needed to know who I was and what I was capable of. I didn't want people to put me in the box like I am a Mike WiLL Made-It or a DJ Mustard. I’m not a hitmaker, but a creative. There's so much more that goes into making my music than just making a hit. The beattape is kinda like a collage of my creativity and intelligence, so I would say that I put it out as a preview of what people should expect in the future. If you've listened to the beattape then you have listened to the 20% capability of one of Africa's greatest producers in the making.

OKA: What equipment do you use? Both software and hardware.

Tweezy: Nothing fancy. I use FL Studio Producers Edition 11, an Acer Aspire Laptop with 4GB ram and an I3 core processor, Berhinger UMX49 midi controller and Monster Beats By Dre headphones.

OKA: You describe your sound as “a new international standard sound with indigenous flavour. Local samples, global sound." Can you elaborate on that?

Tweezy: Basically, my sound is one that could compete on a global platform against the world's best producers and it will be identified as a beat from South Africa without any trouble. I sample South African classics instead of the western global golden oldies. So I'd pick a Brenda Fassie record to sample over an Anita Baker sample. If the new age western hip hop sound (Mike Will, DJ Mustard, Hit Boy type beats) fornicated with the elements of our South African sound (kwaito basslines and grooves, and jazzy samples) then my beats would be born.

OKA: With sample-clearance proving to be a big issue for artists these days, what's your take on the art of sampling?

Tweezy: The beauty of sampling lies in the storytelling. I mean, the records that are sampled were the soundtracks to our lives back in the days, so putting them on modern records and switching the sound up creates a new soundtrack for our old timeless memories. Think of it as making a new beautiful golden and jewellery-bedazzled frame to frame up a classic photo. It’s such a pity that as much as it’s fair for the original record owners to get a cut of the royalties they have to be greedy and want to own 2/3 of the song you made sampling theirs. I just wish it was as simple as sending a shout out to the artists of the original record. (Laughs)

OKA: Of the songs you produced on Levels, which is/are your favourite(s)?

Tweezy: I love all the songs I produced on Levels. As a beat, it has to be “All Eyes on Me.” I mean, what better and easier way to elaborate on the previous question than the “All Eyes on Me” instrumental? As a song though, my ultimate favorite is “Sim Dope.” The way AKA delivered that song is godly.

OKA: What producers do you look up to?

Tweezy: Locally, I look up to the legendary Chicco Twala and Mbongeni Ngema. The way they define South Africa through music is amazing and breathtaking. Internationally, I'm influenced by Timbaland's bounce, Kanye West's soulfulness and Dr. Dre's level of influence as a brand.

OKA: Would you consider yourself a producer or beatmaker?

Tweezy: Both. But I'm a flawless beatmaker working to be a genius producer. If I produced as dope as I made beats, I'd raise the bar to unreachable heights. But I'm making my way there.

OKA: Lastly, are you open to working with other artists? Or what does it take for you to work with an artist? Is it just money or you hand-pick them?

Tweezy: As a producer, I have a brand to protect and manage. With that said, I am open to working with anybody I believe will grow me as a brand and with anybody who will not mess up the brand's image.

OKA: What should we expect from you in the near future?

Tweezy: Nothing but great music.