Anti-Muslim Hate Overwhelmed on Social Media by #LoveAMuslimDay and #WeStandTogether 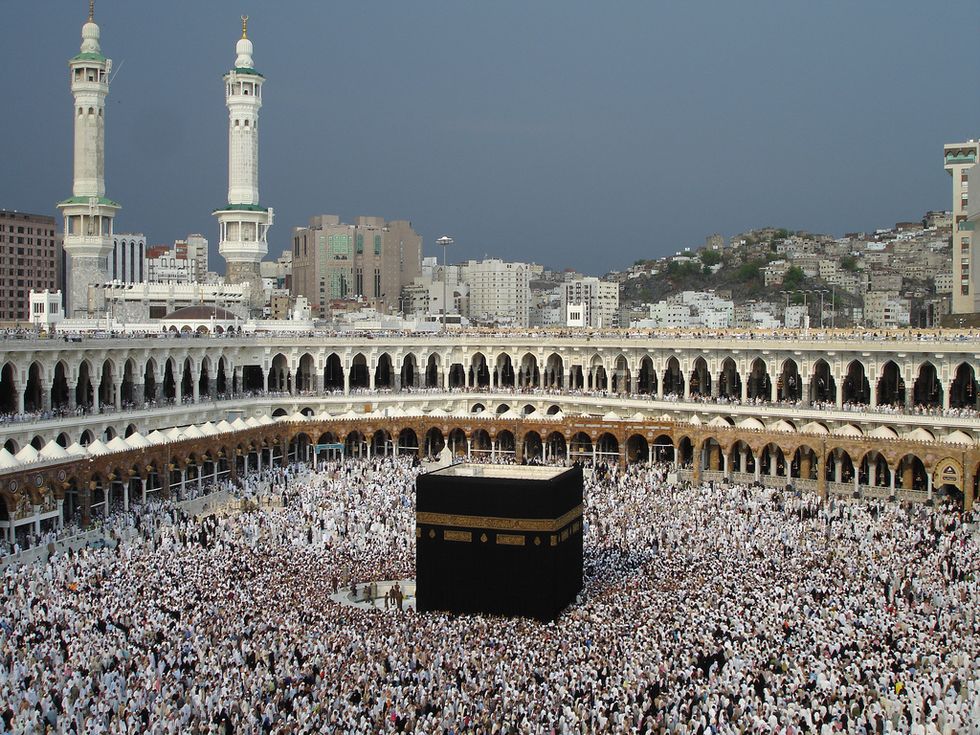 The #PunishAMuslimDay campaign was drowned out today by anti-hate campaigners.

A cryptic campaign meant to scare British Muslims into expecting Islamophobic violence on April 3rd has been largely drowned out by messages of support and solidarity.

Back in mid-March, BBC News reported political leaders, particularly Labour Members of Parliament, received packages which contained suspicious liquid and flyers for "Punish A Muslim Day." The flyer gives today, April 3rd's date as the failed "established" day, and includes a point system guide on how to participate. These flyers, as well as social media posts and videos invoking anti-muslim hate crimes, originated from the UK, but have been taken seriously by some authorities in the U.S as well.

While Twitter has seen some support for #PunishAMuslimDay among far-right hate groups, the counter movement, #LoveAMuslimDay has been drowning out the hatred with messages of support and solidarity with those targeted by bigots. Here in the United States, as reported in the New York Daily News, Brooklyn borough president, Eric Adams, made a statement claiming measures are being taken to protect Muslims by the NYPD, which has increased security around parts of New York in areas where there are large populations of Muslim residents, and mosques.

Human rights activists and organizations around the world have condemned the campaign on social media. Last night on The Daily Show with Trevor Noah, Hasan Minhaj, a Senior Correspondent on the show and American comedian gave a response denouncing the bigoted campaign.

The letter sends a chilling message:

Are you a 'sheep' like the vast majority of the population? Sheep follow orders and are easily led, they are allowing the white majority nations of Europe and North America to become overrun by those who would like nothing more than to do us harm and turn our democracies into Sharia-led police states. Only you can turn this thing around."

Newsweek's report of the UK origin of the letter suggests it is due to a rise in "anti-Muslim and anti-immigrant backlash." They suggest, that the "Brexit vote, a referendum in which a slim majority of British citizens opted for the country to leave the European Union, is believed to have been caused by xenophobia and fear of immigration."

The Guardian reports the distributers of the letter are currently under investigation by counter-terrorism police. Since the delivery of the original letters, officials have been keeping tabs on any violence accumulating evidence, including the strange, yet luckily non-harmful liquid found inside each package for the ongoing investigation.

In the meantime, many have begun coordinating #LoveAMuslimDay events throughout the UK and U.S. including the city, Nottingham, which is hosting an event at the Brian Clough statue starting at 2pm, as also reported by The Guardian.

Join us tomorrow and let’s flood the internet with solidarity using #LoveAMuslim! We are love. We are hope. ❤️ https://t.co/ZevGmwdBtW
— MPower Change (@MPower Change) 1522726240.0