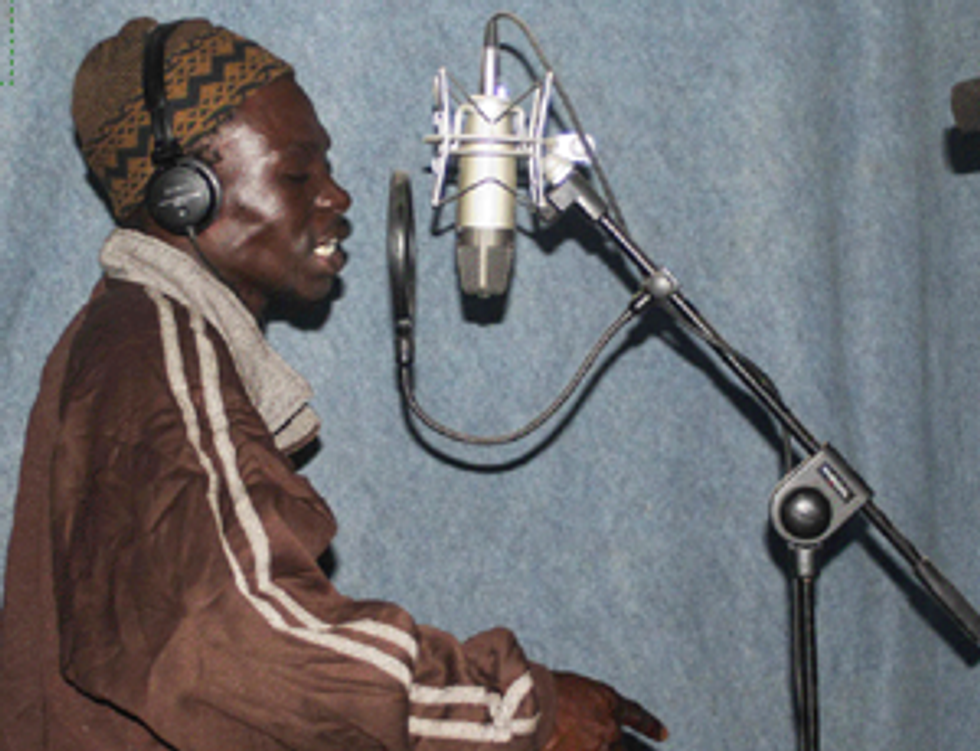 The Arab spring, started in the African countries of Tunisia and Egypt, came and have yet to leave. While the spring continues to struggle in the Middle East, they seem to just be budding in sub-saharan Africa. Needless to say, there were many stakeholders involved in all the revolutions from scholars to activists to business people to the military. Then, there are the artistes, especially the Rap and Hip Hop artistes. The years 2011 and 2012 have shone strong light on how this art form of rapping is being skillfully utilized by the young generation in mobilizing the “streets” and giving a voice to the frustrations of the everyday wo/man in Africa. Of course, rap has not been the only musical expression of the various revolutions on the continent. The greater soundtrack would certainly include Egyptian poetry in song, e.g. "Egyptian Intifada” by the poet Ahmed Fouad Negm and Sheikh Imam (below), and traditional mainstream music like “Le Vote” by Ousmane "Ouza" Diallo in Senegal.

However, on a continent with individuals under 30 years of age accounting for the largest age group, rap artists seem to have struck a chord with this large demography. This revolution period also seems to have solidified a bourgeoning genre of rap - Conscious rap/hiphop that focuses on social and political issues (usually dissenting). Conscientious/Conscious rappers are to be found all over the continent from El General (above) who was the voice of the people in the Tunisian Revolution to Y’en A Marre who mobilized and stared the authority in the face to protect the constitution of Senegal from being hijacked by a long term president. While there is no concrete definition of this genre of rappers, as one person’s social issues might be another’s repressive issues, these revolutionary times have honed some attributes that one can identify in conscious rappers:

- Dissenting voice against a long term ruling elite in the country

- Constant threats, arrests and, sometimes, beatings and tortures by the local authorities

*above rapper Kab II Seus recording in a studio in Dakar, Senegal. Shot by 'kola.

Conscientious rappers being currently persecuted on the continent include MCK in Angola and Mouad Belghouat in Morocco, usually for no other reason than giving a voice to what others are thinking but are afraid to say. These are examples of internationally known conscious rappers. Majority of them are local and have no international media or benefactors to speak about their plights. Authorities who persecute these artists depend on the apathy of the international community to the plight of these artists, unless some major event like the shooting of mass demonstrators takes place. Most people outside the countries also never hear of these rappers because many of these countries close outlets and sources of independent information constantly. In the age of social networking and new media, hope might not be dead. Various twitter handles and blogs, like GlobalVoices, are filling the gap and providing some information about these artists.

Included here is a draft mapping of conscious rappers around the continent. This mapping is still in its infancy and hopes to crowd-source information from readers in and outside Africa with which to populate it. This will eventually be used as a means to know and track these young people who are using their voices and talents in the service of their countries and humanity; and hopefully discourage ruling authorities from persecuting them. Please, feel free to submit the names and locations of conscious rappers in your neighborhood on the continent. The voices of these talented and conscious young people must not be silenced.