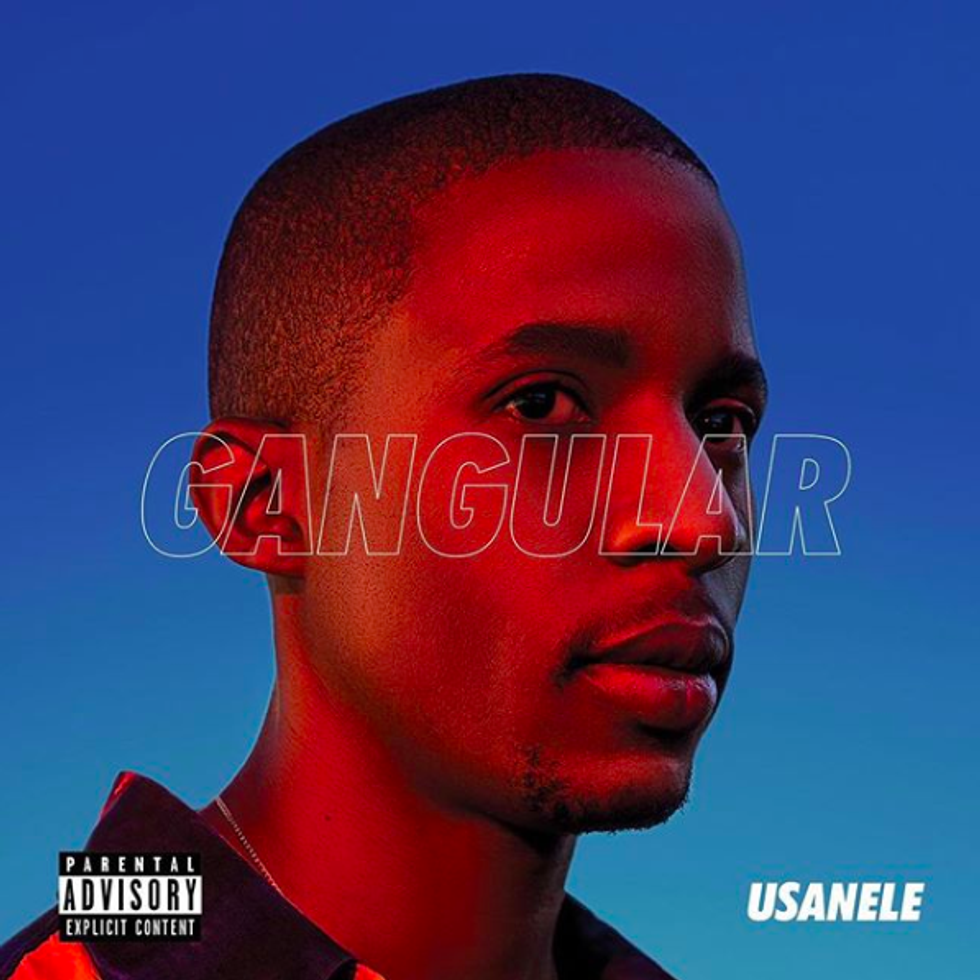 Boyzn Bucks and Spova Gang member and rapper uSanele released a new EP today. Gangular is only four tracks long, and only lasts for 17 minutes. But you'll probably find yourself spending an hour with it. Simply because it's an outstanding body of work that begs you have it on repeat over and over again.

Gangular's biggest strength is how it manages to merge different genres. While that has become a standard in modern popular music, not every artist gets it right. Gangular is one of those instances where everything just works. From the ethereal vocals of folk artist Bongeziwe Mabandla on the project's opening song "Bekezela," to how the MC and his collaborators, 45 Degrees and Windows 2000 own the trap instrumental on "Skellies."

"Impahl' Edope," which features Stilo Magolide and Efelow, sees the MCs comfortably share another trap banger with a menacing bassline. The closing song, the club-ready "Bhansela," which features Thelawayeka, is a hybrid of gqom, kwaito and EDM.

With all these different genres mashed up into four songs, Gangular still sounds like a coherent project. There are also smooth transitions in between the songs that indicate the EP is not just a collection of random tracks, but a mini album of some sort.

This might not be the most lyrically potent release you'll hear this year, but it will thoroughly entertain you.