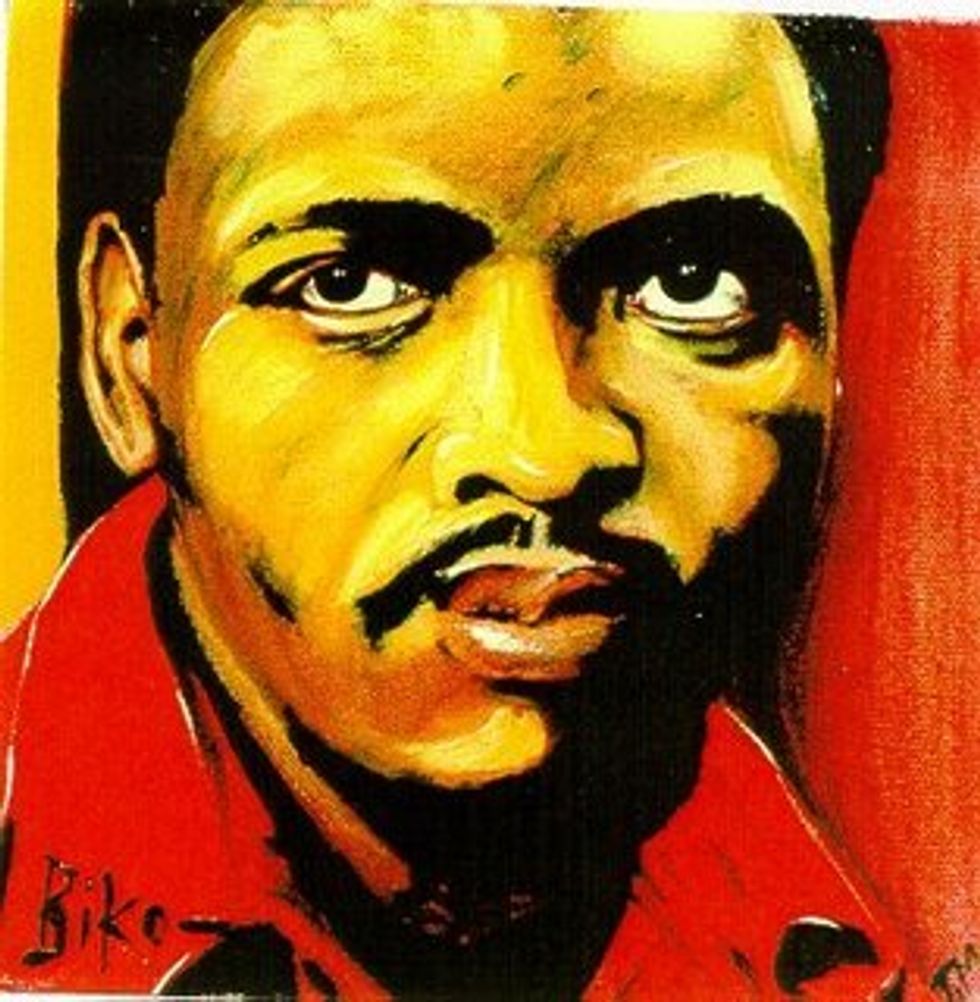 Steve Bantu Biko, activist against the South African apartheid government and leader of the Black Consciousness Movement, died from head injuries while in police custody 34 years ago today. Compilations of Biko’s writings are published in the book, I Write What I Like, where Biko says: “... in time we shall be in a position to bestow upon South Africa the greatest gift possible - a more human face.”

A Tribe Called Quest and Peter Gabriel have both paid tribute to Biko through songs dedicated to him. Below, Gabriel performs his song, "Biko" live at a show in 1987. The accompanying video is scenes from the Hollywood film Cry Freedom about the relationship between Biko and liberal white journalist Donald Woods. The film stars Denzel Washington and Kevin Kline.