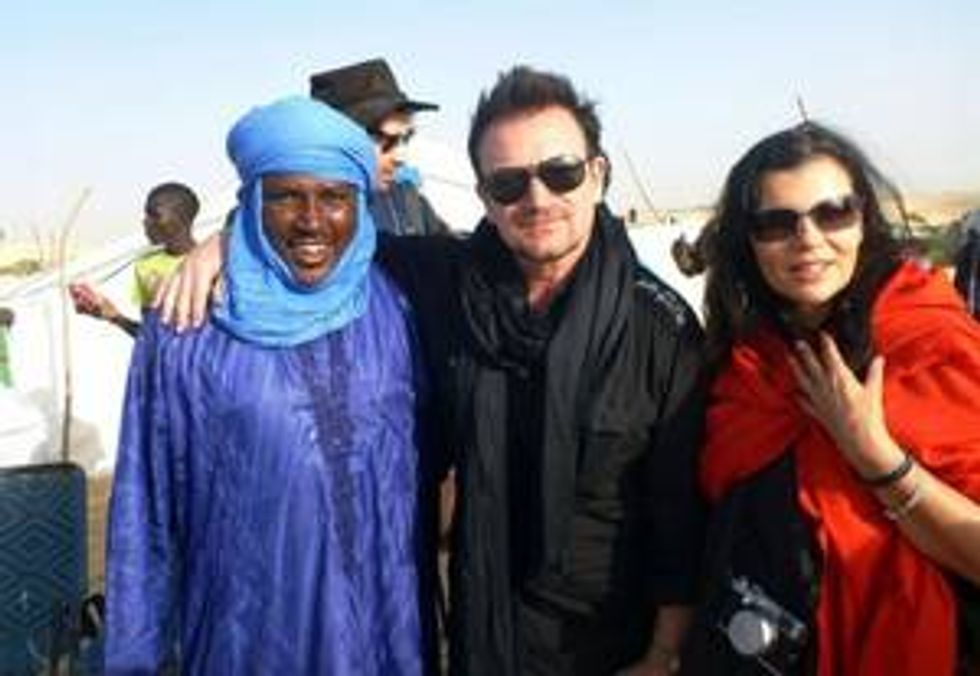 U2 singer and humanitarian extraordinaire Bono was recently spotted at the annual Festival au désert (Festival in the Desert) in Mali. According to Afropop, the Irish singer was there "with a delegation of 20 people from the One Foundation... and he sat in the VIP section between the Minister of Culture and Minister of Tourism and Arts."