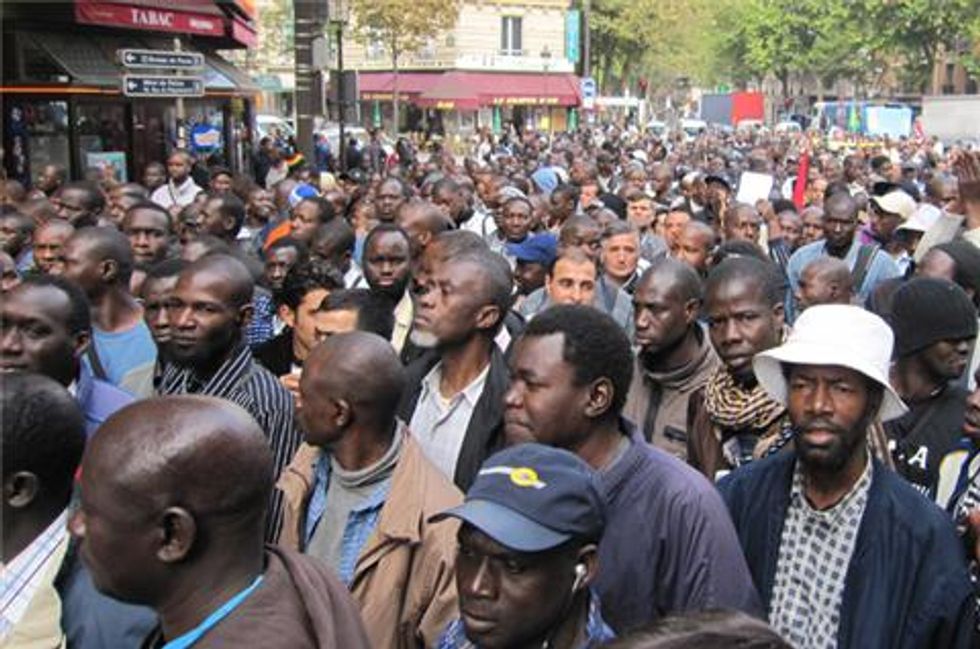 The story goes that Napoleon built the boulevards in Paris wide so that masses of people could not easily form a revolt. Since Napoleon's time, governments from wealthy nations all over the world have employed additional institutionalized methods of keeping the masses at bay. Intense anti-immigration laws have been put into effect across Europe in tandem with a rising hostility between "citizens" and "non-citizens."

In this highly recommended episode of "Surprising Europe" from Aljazeera, hip hop artist K-Nel gives viewers an inside look at the less than desirable living and work conditions that African migrants deal with daily in London, France, and Italy. Most interesting about this documentary are the various ways in which communities of migrants are fighting back against these conditions. In France, the boulevards may be wide, but they have not prevented the people from banding together in hard times.

Take a look at the full episode above. Check out Aljazeera online for broadcast times.