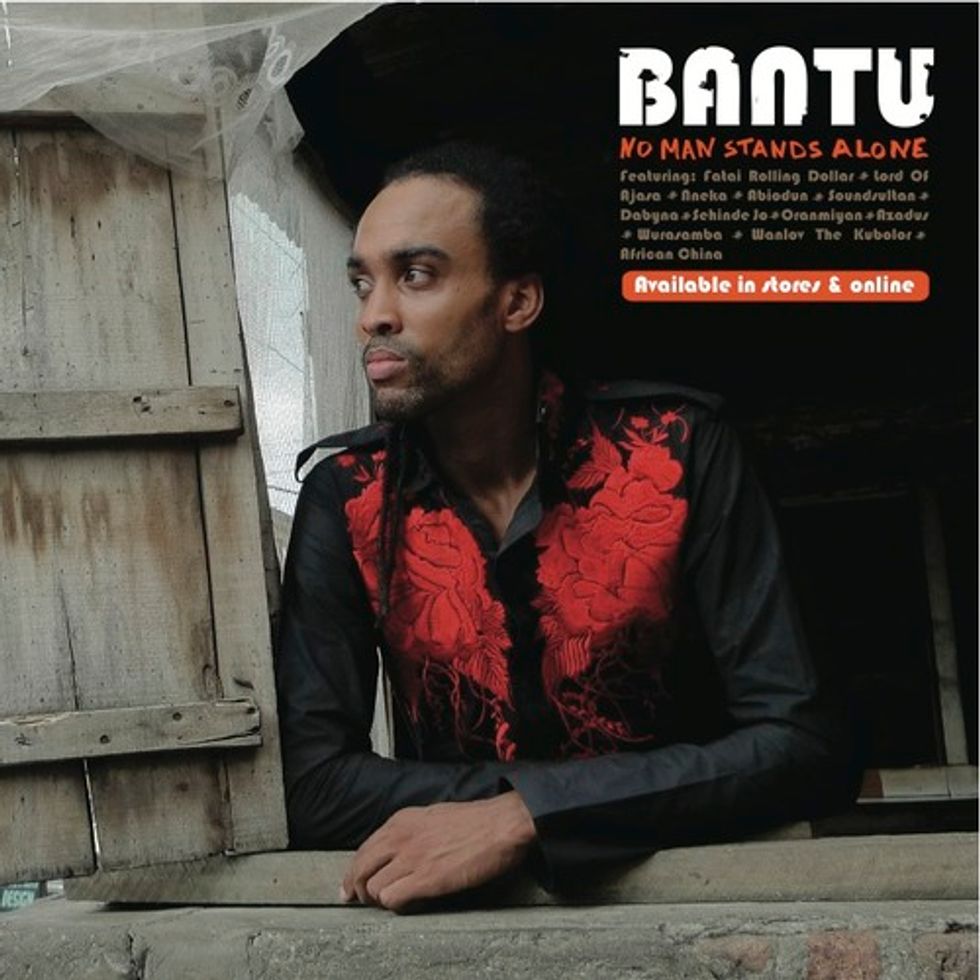 Bantu became known to the German public as the founder of The Brothers Keepers. His newest album, No Man Stands Alone (Faluma Africa), tells a personal story, and yet it's an experience shared by many. Bantu's story is that of a man who returns to Nigeria, his father's country, where he spent most of his childhood before leaving for Germany. The album features collaborations with the likes of Nneka, Wanlov the Kubolor, Fatai Rolling Dollar, Soundsultan and more.

No Man Stands Alone features a mixture of sounds, including several songs which weave together the increasingly popular mixture of hip-hop with live African instrumentation, synthesizers and programmed drums. "Dem Dey Lie" has a nice reggae vibe with a catchy hook, while Nneka delivers a soulful, catchy hook (as usual) on "I’m Waiting".  Check out the teaser video for "I’m Waiting," above.