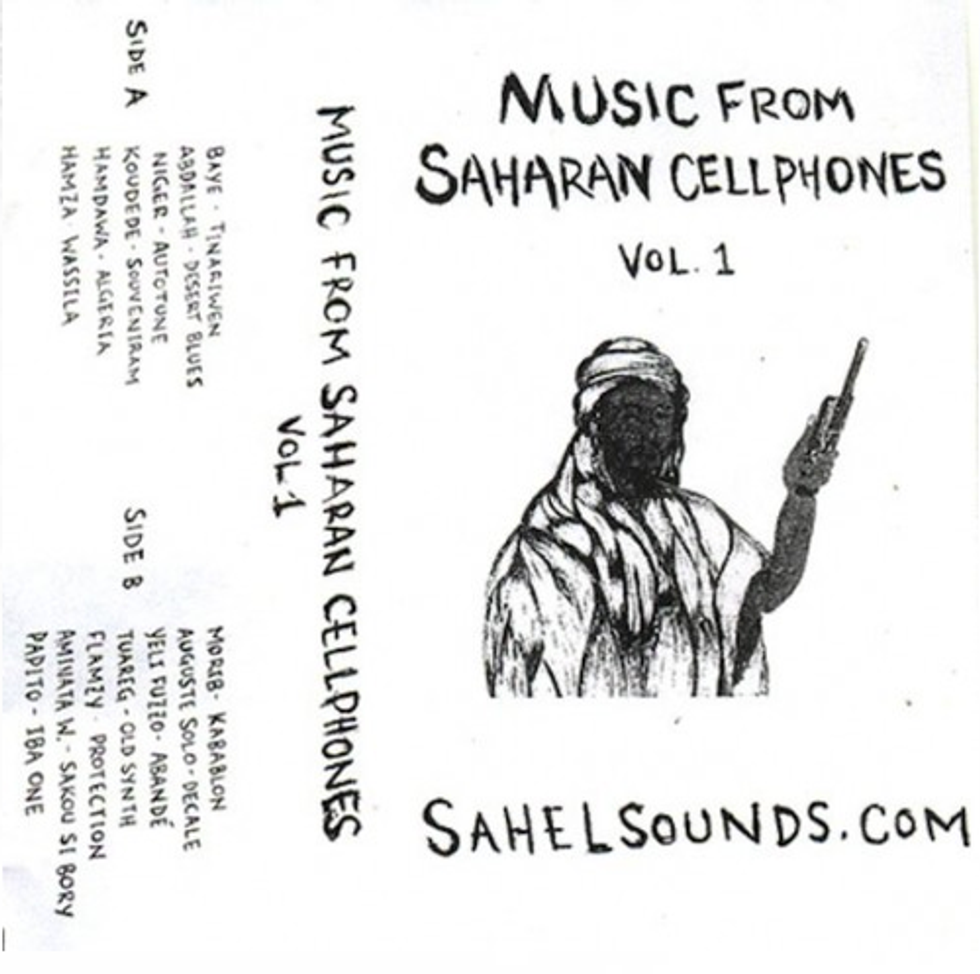 Chris Kirkley originally posted the track list for Music from Saharan Cellphones Vol. 1 in October 2010 at his final frontier blog, Sahel Sounds.  Later the audio for Vol. 2 was released via download and what you can find on these compilations is ground breaking work from bedroom producers from Abidjan to Bamako using synthesizers and autotune to make songs you would not hear otherwise.

This compilation is a must have, and we are not sure if it's because of the sheer depth of the music, or that it was compiled when Chris took memory cards found in cell phones of the Sahara in order to discover new music. Why cell phones? As it turns out, cell phones are actually used more as mp3 players than phones, as well as a common p2p method for swapping files using Bluetooth wireless transfers.

Fast forward about a year and the project takes another giant DIY step- a vinyl release!  On October 4th Chris's Kickstarter project will officially be abundantly funded and Music from Saharan Cellphones Vol. 1 will commence production on 2000 limited edition vinyls. If you are one of the lucky contributors to the project then you are about to receive a bunch of rad gifts ranging from the vinyl to personal mix of unreleased tracks and even a live DJ set from the man himself.

If you havent yet, there is still time to get a piece of history!  Check out the video above and keep your ears peeled more trailblazing.